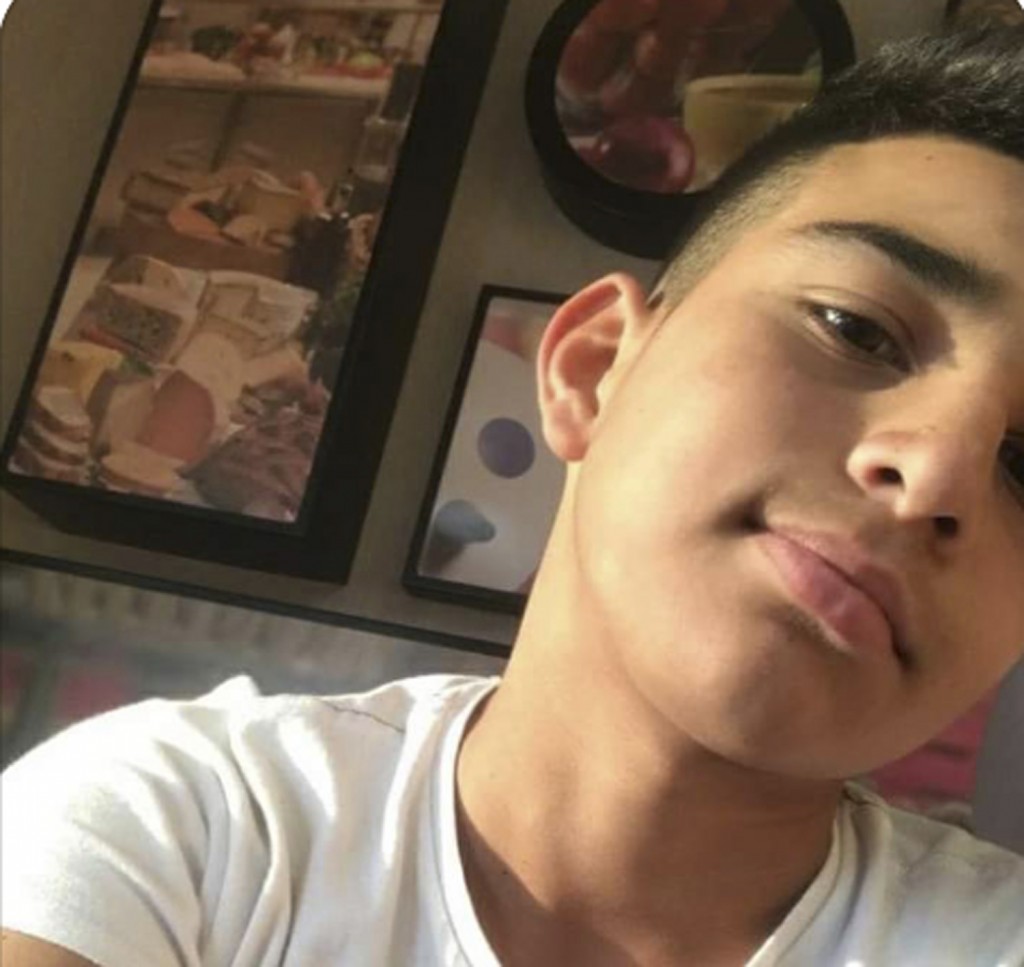 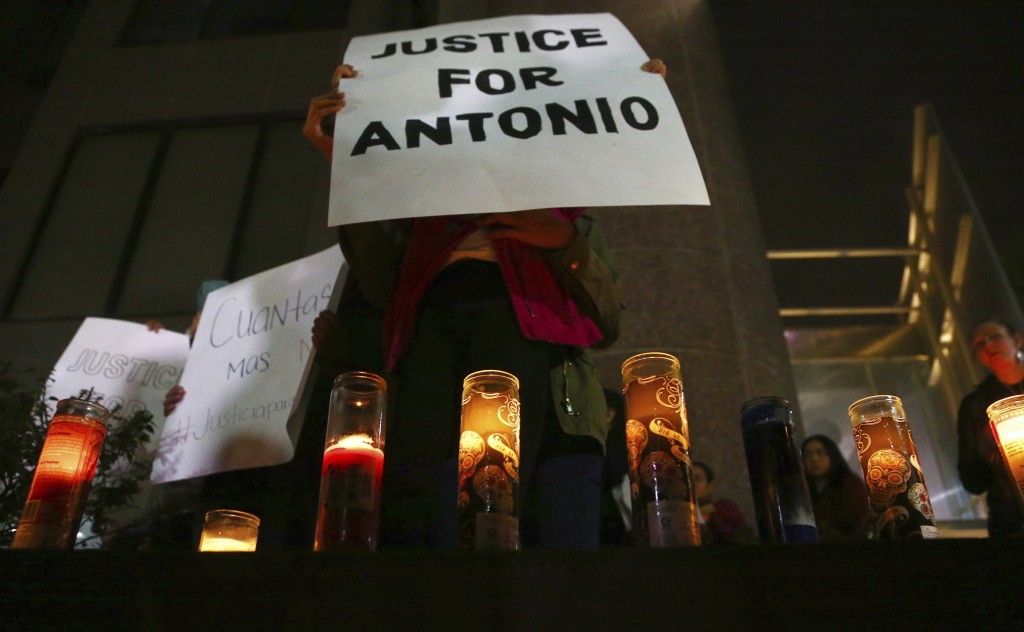 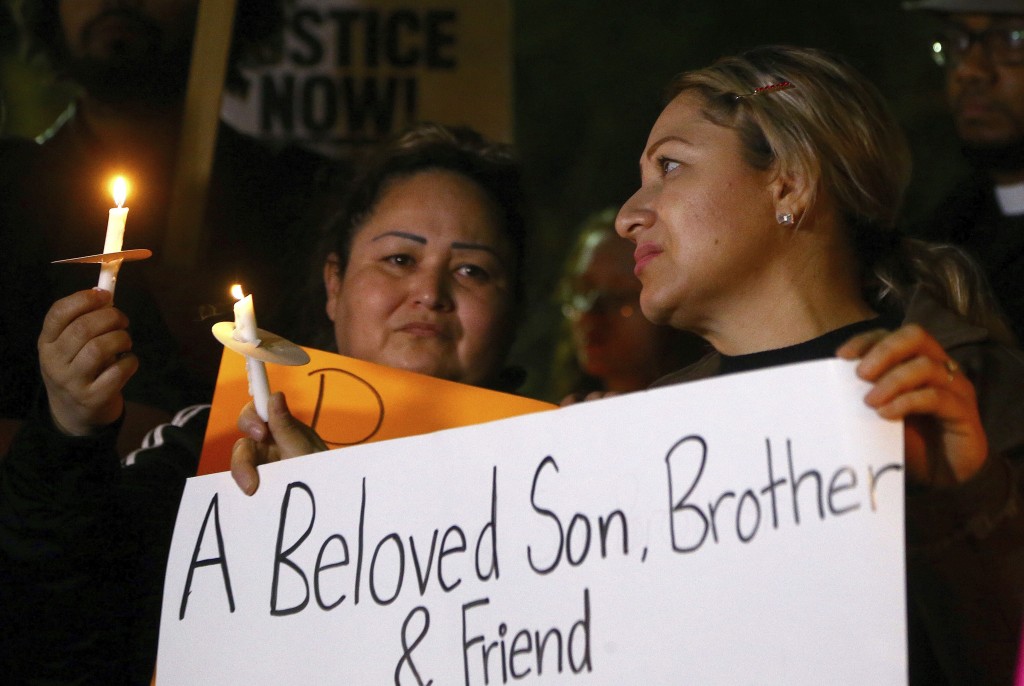 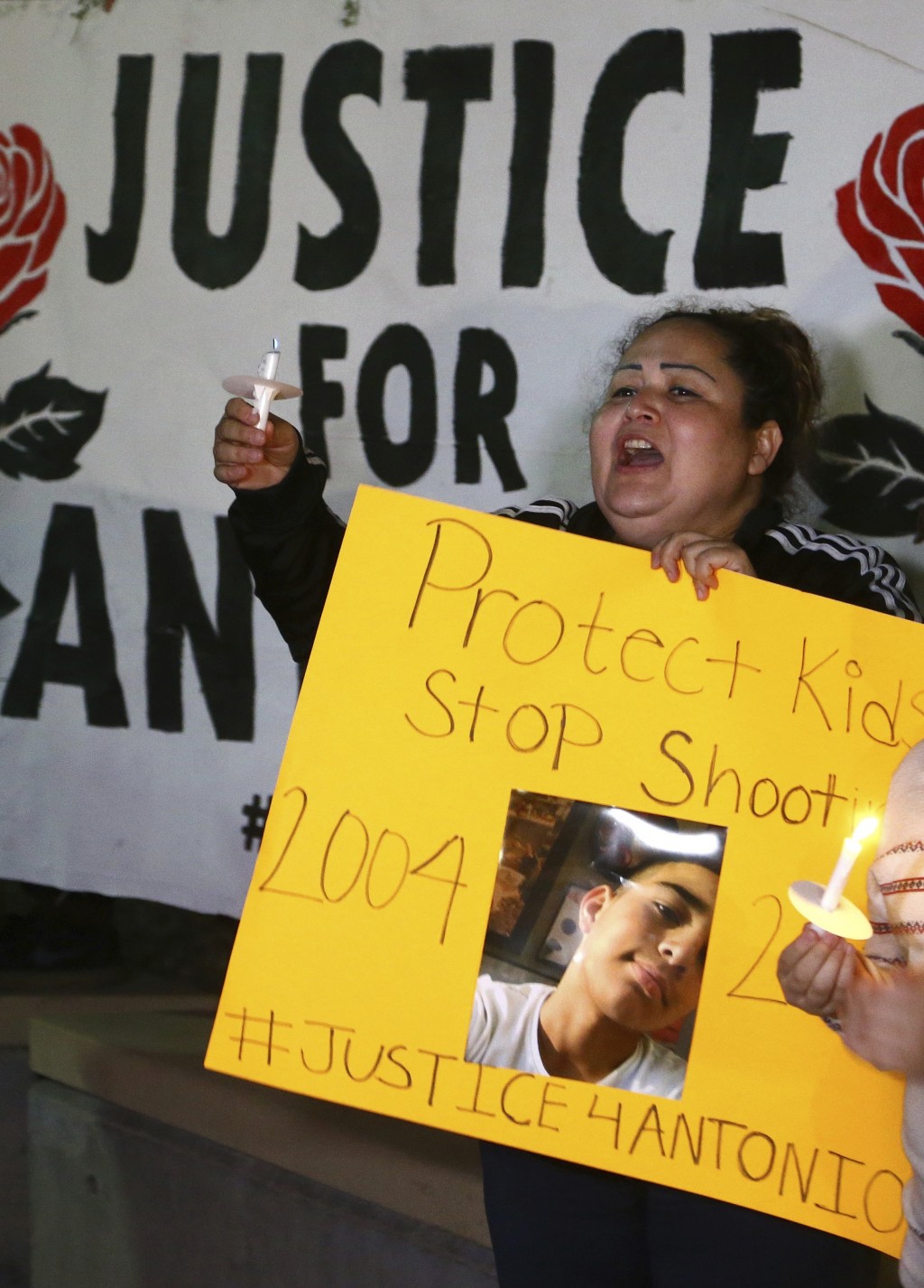 TEMPE, Ariz. (AP) — A suburban Phoenix police chief on Friday called it "tragic" that an officer shot and killed a 14-year-old burglary suspect ahead of her department releasing video that showed the officer opening fire as the boy ran away.

Tempe Police Chief Sylvia Moir said she called a news conference to be transparent and asked the public to withhold judgment until an investigation is complete.

"I must begin with expressing my condolences to the young man's family. The loss of his life is tragic," Moir said. "I am very sorry for their loss."

Police say the boy, identified by his family as Antonio Arce, was carrying a replica handgun when he was shot Tuesday by an officer identified only as Officer Jaen. In interviews and a vigil this week, family members called for justice.

The chief said Jaen has been an officer for 17 years — 14 of them with Tempe. He was placed on administrative leave. Jaen had completed one combat tour in Iraq for the Army National Guard.

Video from the officer's body-worn camera shows Jaen arriving in a car and parking in an alley at a reported burglary. He sees the suspect in a gray pickup truck facing his squad car and crouches behind a big, black plastic trash barrel.

"Hey," Jaen says and raises his handgun as the suspect gets out of the passenger side of the truck and starts running down the alley lined with wooden fence, chain link and concrete block.

"Let me see your hands," Jaen yells and fires two shots as the suspect runs away. "Shot fired, shot fired," the officer yells as he chases the teen through the alley.

The video does not show the suspect again after he disappears from view.

It is impossible to tell if the suspect is carrying a handgun in the fast-moving video, but he does seem to be holding something in his hand in a zoomed-in still photo that the department took from the video and showed at the news conference.

Moir said one of the two shots hit the teen in the rear shoulder blade area and the other hit a wall. She said two independent witnesses reported seeing the suspect running through the alley with a firearm in his hand, and a replica gun was found on him. Police said the replica gun was taken from the vehicle with other items.

Arce later died at a hospital. His Facebook page shows photographs of a baby-faced boy with a peach-fuzz mustache and a few images with relatives and friends. Friends of the family were putting together a GoFundMe page to pay for the teen's funeral costs.

A vigil was held Thursday outside the Tempe police headquarters. The department said it will conduct its investigation in conjunction with prosecutors, which is customary in officer-involved shootings.

Since the beginning of the year, there has been at least one other police shooting that killed a teen in Arizona's largest county.

Earlier this month, a Phoenix police officer shot and killed a 19-year-old Jacob Michael Harris after surveillance officers reportedly saw him and three others carry out an armed robbery. Police say they were watching the group because they were suspects in several other robberies.

Also this month, an officer in the Phoenix suburb of Peoria shot and wounded a 17-year-old boy after getting a call about a robbery at an auto supply store. Officers said the boy had a gun. He was shot in the shoulder.