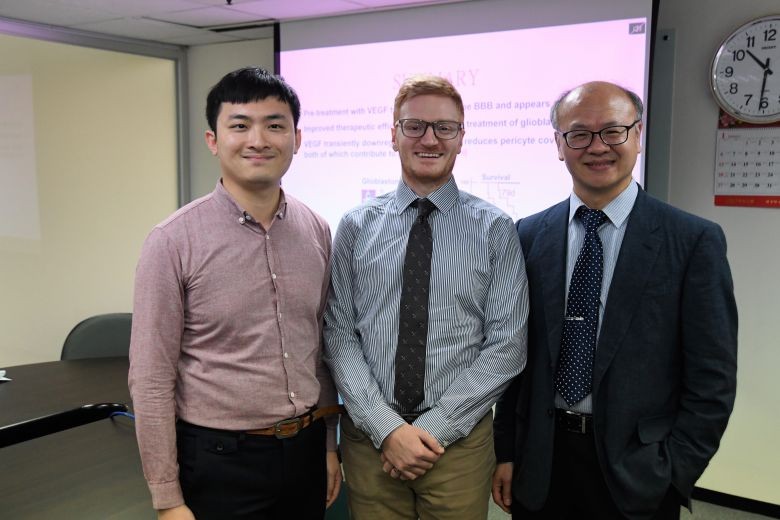 A new method of increasing nanodrug efficacy for one of the most deadly brain tumors—glioblastoma multiforme—has been discovered by a team at Taipei City-based Academia Sinica, Taiwan’s foremost research institution.

According to researchers from the academy’s Institute of Biomedical Sciences Jan. 15, systematically injecting a low dose of a protein called vascular endothelial growth factor temporarily increases the permeability of the blood-brain barrier, a system that blocks about 98 percent of medicines from entering the brain.

By boosting drug distribution using the new approach, the scientists were able to double the median survival period of mice with glioblastoma to 80 days. They also raised the amount of nanomedicines delivered to the brains of pigs by 2.5 times in comparison with current methods.

The project was jointly funded by the Ministry of Science and Technology and Academia Sinica. It is hoped that the breakthrough will enable increased delivery of a range of nanomedicines to the brain.

Team leader Patrick Hsieh said glioblastoma is one of the most common and aggressive brain cancers in the world and has a five-year survival rate of less than 10 percent due to fast tumor progression and the lack of an efficient method of getting chemotherapy medicine through the blood-brain barrier. The results in the tests on pigs are a positive sign that the technique can be successfully applied to humans, he added.

The initial idea for the study came from an incidental observation during the team’s previous research on using the VEGF protein for cardiac regeneration. Their study, titled “Inducing a Transient Increase in Blood-Brain Barrier Permeability for Improved Liposomal Drug Therapy of Glioblastoma Multimore,” was published online last December by the Washington-based journal ACS Nano.