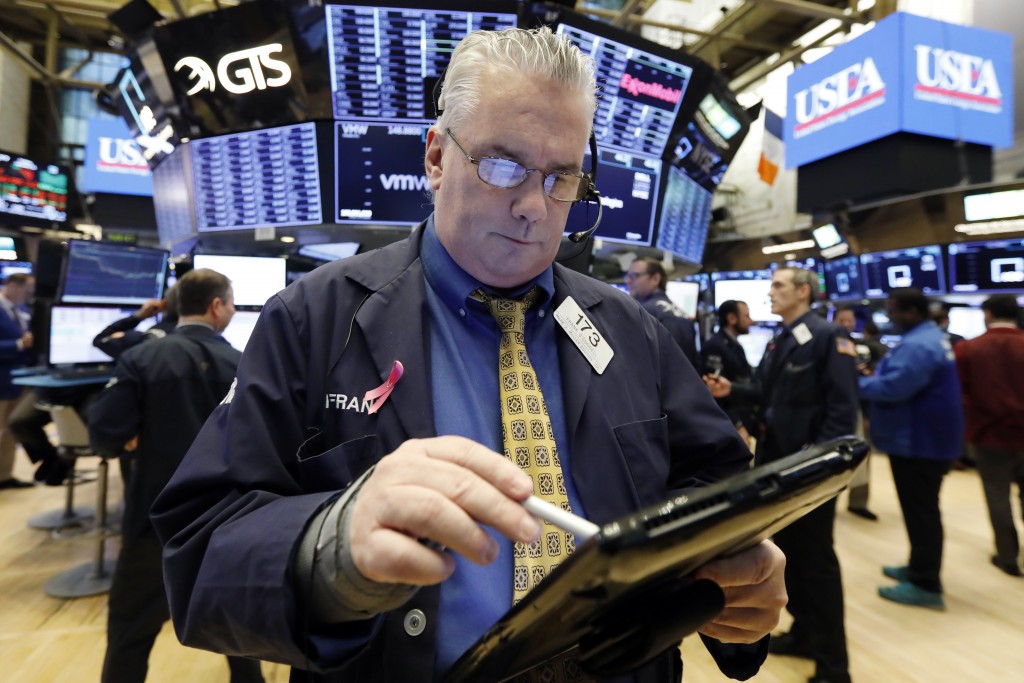 NEW YORK (AP) — U.S. stocks are rising again Friday morning as the market wraps up another strong week with big gains for technology and industrial companies, while banks rose after more of them posted strong fourth-quarter reports. Stock indexes have made big gains since reaching a low point on Christmas Eve, as the S&P 500 has risen for four weeks in a row. Electric car maker Tesla stumbled, however, after saying it will cut 7 percent of its jobs.

The S&P 500 is on track for its fourth straight weekly gain. It's up 2.3 percent this week and has risen at least 1.9 percent every week during the rally. It's been a long time since stocks had a similar winning streak: according to Ryan Detrick of LPL Financial, the last time the S&P 500 rose at least 1.5 percent a week for four weeks was in early 2009, immediately after the stock market hit its low point in the wake of the 2007-08 financial crisis that caused the Great Recession. That streak lasted for six weeks.

WHERE ARE WE NOW?: Stocks sank in late 2018 as investors worried that global economic growth, and U.S. growth in particular, was going to get worse than they thought. Threats including the U.S.-China trade dispute, rising interest rates in the U.S., slowing growth in China and Europe, and unstable political situations like Brexit all made it seem like 2019 was going to be a disappointing year. Some investors felt a recession in the U.S. or the global economy was a possibility in late 2019 or in 2020.

Over the last three weeks, investors have taken a breath and decided things may not get that bad. The U.S. economy doesn't appear to have slowed much, and there have been some signs the U.S. and China are making gradual progress in their trade negotiations. The Federal Reserve has suggested it doesn't plan to raise interest rates much further in light of slowing growth and the stock market's recent turmoil. The S&P 500, the main benchmark for U.S. stocks, fell 19.8 percent from late September to late December and has now recovered a little more than half of those losses.

BANKS: Financial stocks continued to do better than the rest of the market. State Street rose 4.2 percent to $74.03 and SunTrust jumped 3.8 percent to $60.24 following their quarterly reports.

Many large banks reported their fourth-quarter results this week, and they've benefited from gradually rising interest rates as well as the corporate tax cut and other tax law changes at the end of 2017. Bank stocks had a bad year in 2018, in large part because investors weren't sure where interest rates would go. But the stocks tend to do better when traders feel better about the health of the economy because when it's growing, businesses and individuals tend to take out more loans. The S&P 500's index of bank stocks has jumped 8 percent over the last month, while the S&P 500 itself is up 4 percent.

TESLA CUTS: Tesla fell 9.8 percent to $31.33 after the company said it would cut 7 percent of its jobs. CEO Elon Musk said the cuts are meant to reduce costs as the company lowers the price for its cars. He said in a note to staff that the road ahead is "very difficult."

THE SHOE FITS: VF Corp, the maker of brands including Timberland and North Face, surged 11.4 percent to $81.65 after it raised its forecasts for the year.

US-CHINA TRADE: China said that its economy czar, Vice Premier Liu He, will visit Washington for talks on Jan. 30-31 aimed at ending the tariff war sparked by U.S. complaints about Beijing's technology ambitions. Business groups and economists were looking for Liu and his American counterpart, U.S. Trade Representative Robert Lighthizer, to take part in talks as a sign lower-level negotiations earlier in Beijing made progress. The Wall Street Journal reported Treasury Secretary Steven Mnuchin was willing to roll back U.S. tariff hikes on Chinese goods, though it said Lighthizer and other officials opposed that idea.