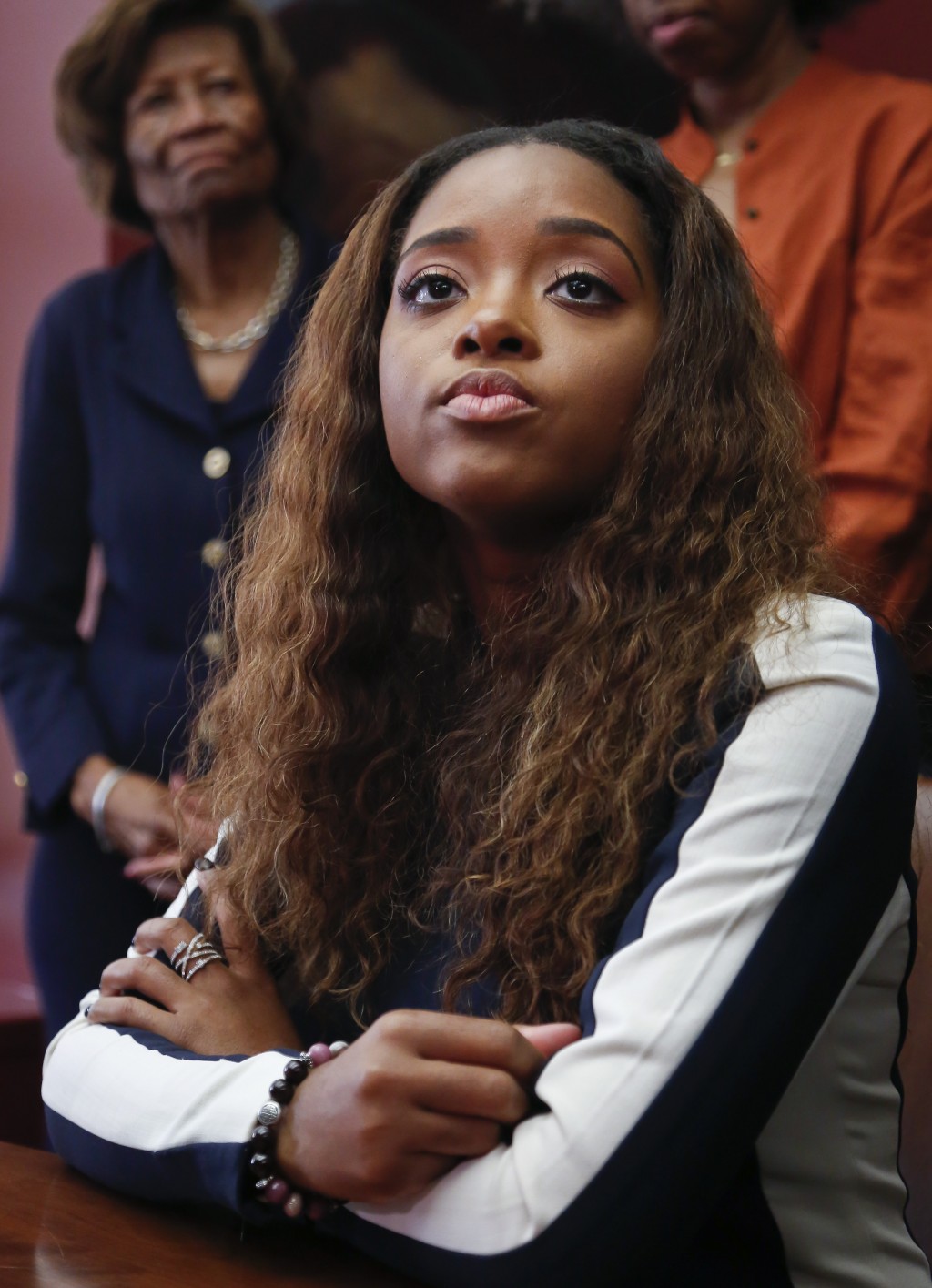 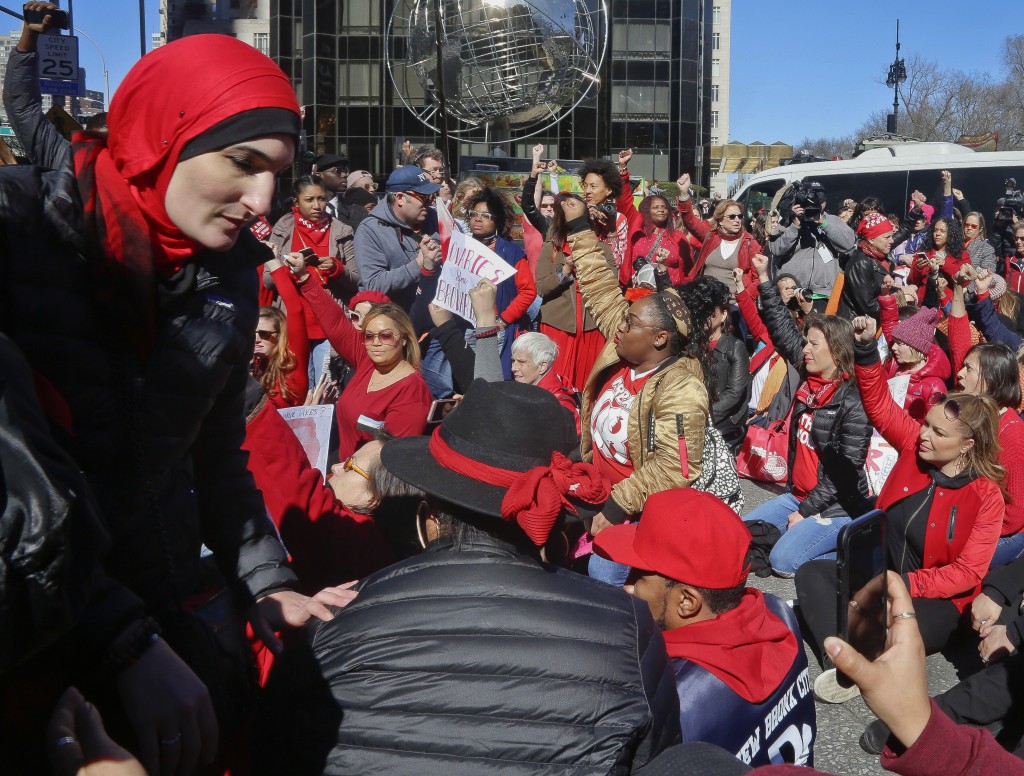 NEW YORK (AP) — Conflicts over control, inclusivity and alleged anti-Semitism will mean that women protesting on the second anniversary of the Women's March on Washington are faced with competing demonstrations this weekend in New York City.

One procession, around the edge of Central Park and down Sixth Avenue, is being organized by the Women's March Alliance, a nonprofit group whose leaders are putting on their version of the demonstration for the third straight year.

Another event, a downtown rally held at roughly the same time Saturday, is being organized by the New York City chapter of Women's March Inc., the group formed to help organize the 2017 demonstration in Washington, D.C., the day after President Donald Trump's inauguration.

Talks between organizers aimed at linking the groups in New York City didn't go anywhere, the reasons varying between overstepping and indifference depending on who's asked. And hanging overhead that has been a controversy playing out nationwide, of concerns related to race and religion.

Those who initially were looking to join the efforts of Katherine Siemionko, the white, former Goldman Sachs vice president who leads the Women's March Alliance, say they wanted to make sure the concerns of immigrant and minority women are heard in New York City protest efforts.

Those who have been critical of the Women's March Inc. point to co-leader Tamika Mallory, who is black and has come under fire from Jewish groups for her association with Nation of Islam leader Louis Farrakhan, who is known partly for his virulent anti-Semitic rhetoric and condemnations of homosexuality.

The criticism dates back months but got additional attention after Mallory appeared Monday on ABC's "The View" and while disavowing his language, didn't specifically "condemn" Farrakhan after she was confronted by hosts Meghan McCain and Sunny Hostin.

Some Jewish groups have pulled support for Women's March Inc. over the issue, while others remain. A Washington state chapter disbanded in protest. In November, Teresa Shook, the Hawaiian woman whose viral Facebook post is credited with launching the original Women's March, called on Mallory and her co-chairwomen Linda Sarsour, Carmen Perez and Bob Bland to step down, saying they had "steered the movement away from its true course."

"They have allowed anti-Semitism, anti- LBGTQIA sentiment and hateful, racist rhetoric to become a part of the platform by their refusal to separate themselves from groups that espouse these racist, hateful beliefs," she wrote.

In an interview with The Associated Press, Sarsour acknowledged the "valid criticism" that the organization had been "delayed in our unequivocal response in denouncing anti-Semitism" but said it was part of the growth process toward building a movement comprised of many different groups of people with different histories and issues. "We believe in this movement."

Rebecca Vilkomerson, executive director of Jewish Voice for Peace, said her group would be out with other Jewish organizations at the downtown rally organized by Women's March NYC, which director Agunda Okeyo said would be both celebratory of gains like those made in the midterm elections, as well as pragmatic over deciding next steps.

The Women's March Inc. leaders have "apologized for the harm that they have caused and we are taking those apologies and the actions they have taken to include Jews ... seriously," she said.

But Rabbi Samantha Natov of the Stephen Wise Free Synagogue said the national leadership was still "problematic," and that she and others would be taking part in the uptown march.

"The leadership has not assuaged our most serious concerns," she said.

In New York City, Siemionko told the AP the charges of anti-Semitism were "just an additional on top of all the behavior, on top of the ego" while not the main issue dividing the women's march events in New York.

The talk between the entities over 2019 events took place late last year.

Sarsour said she reached out to Siemionko as a fellow New Yorker to see if her group and Okeyo's group could work together.

The two women differ on their accounts of what happened next.

Siemionko said Sarsour was insistent that the chapter's leadership needed to be involved in planning the city's march. Siemionko described the national group as "bullies."

"If you wanted to be a coalition, you would never host a counter-event," she said. "Why would you do that?"

"I am not a threatening person. I came in as a mediator," she said. Sarsour said Siemionko told them she'd check with her board, but then never got back to her, with the end result that both events are moving forward separately.

There is also a third event at 2 p.m. Saturday, the Non-March for Disabled Women at Grand Central Terminal. That event is being put together by Rise and Resist, with co-sponsorship by Okeyo's Women's March group.