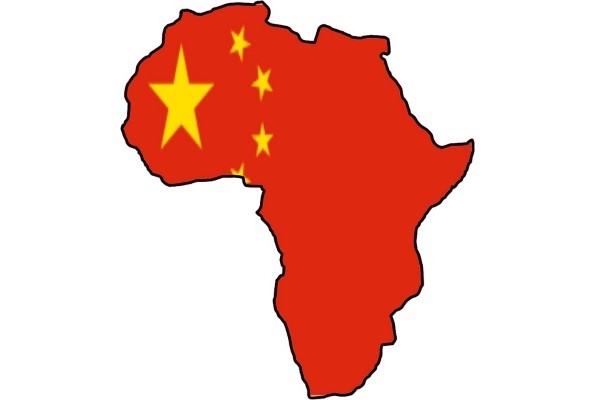 TAIPEI (Taiwan News) -- In what appears to be a shockingly one-sided contract, Kenya seems to have signed away its rights to its key strategic assets on the basis of sovereignty if it defaults on its massive loan for Standard Gauge Railway (SGR).

According to the Sunday Nation, the contract for the Mombasa-Nairobi railway, which was signed on May 11, 2014, dictates that the agreement is governed by the laws of China and any disputes are to be arbitrated in the communist country's capital of Beijing. To maintain secrecy and opacity, the contract, and a subsequent one for the Nairobi-Naivasha phase, includes a gag clause preventing Kenya from releasing the pact to the public "without prior written permission of the lender (China)."

The latest revelations come less than a month after the African Stand reported that because the Kenya Ports Authority (KPA) was a major borrower when Kenya signed up for loans of KES 500 billion (US$4.9 billion) for the SGR’s construction, its assets, including the Port of Mombasa could be seized by China, if the Kenya Railways Corporation (KRC) defaults on its debts.

In response to reports of China's potential seizure of the Port of Mombasa, President Uhuru Kenyatta claimed in a TV interview on Dec. 28 that he would release the SGR contract to put to rest such "porojo" (rumors). On Dec. 24, Chinese foreign ministry spokesperson Hua Chunying said that the SGR project was "running smoothly" and that the comments that the Port of Mombasa had been used as collateral "are not true," reported Xinhua.

However, details of the SGR contract accessed by the Sunday Nation indicate that the Chinese could have laid the groundwork for seizing much more than the port. Clause 5.5 of the Preferential Buyer Credit Loan Agreement on the Mombasa-Nairobi SGR reads as follows:

"Neither the borrower (Kenya) nor any of its assets is entitled to any right of immunity on the grounds of sovereignty or otherwise from arbitration, suit, execution or any other legal process with respect to its obligations under this Agreement, as the case may be in any jurisdiction."

Sources cited by Sunday Nation say that the broad term "any assets" in the document exposes not only the KPA and its assets in the event of a default, but also opens the door for Chinese lenders to seize many other key strategic resources, which could include "anything from airports and natural resources to embassies abroad."

In light of the exposure of so many of Kenya's key strategic assets to Chinese lenders, it should be troubling to Kenyans that any disputes over the contract are to be "governed by and construed in accordance with the laws of China."

The gag clause would also appear to come in direct conflict with the Freedom of Information requirements under the Kenyan Constitution as it reads, "The borrower (Kenya) shall keep all the terms and conditions hereunder or in connection with this agreement strictly confidential." The contract itself may never see the light of day unless Kenyan lawmakers can challenge the gag clause on constitutional grounds:

"Without the prior written consent of the lender (China), the borrower shall not disclose any information hereunder or in connection with this agreement to any third party unless required by applicable law."

In an interview with Sunday Nation, Law Society of Kenya Nairobi Branch Chairman Charles Kanjama questioned the waving of sovereignty on assets and the governance by Chinese laws, "The agreement is being made in Kenya, the railway is built in Kenya and the assets they are talking about are in Kenya, so why is it being governed by the laws of China?"

Contract specialist Shitul Shah told the newspaper that the clause listing the China International Economic and Trade Arbitration Commission (Cietac) as the arbitrator in Beijing is "suspect." He said that parties usually choose an independent arbitrator, to keep the process neutral and impartial.

Shah said that choosing Cietac as the arbitrator on "unneutral ground" is not only suspect, but also "can be challenged by law." Another expert cited a pipeline security commercial contract between Kenya and Israel in which the arbitration clause chose London as an example of a more conventional contract.

Beyond these aspects, many other massive concerns include a similarly lopsided deal for the Nairobi and Naivasha phase of the project signed in 2015, a "take or pay" deal over the transport of cargo on the line, Chinese-run escrow accounts in the event of a default, Chinese control of alternative financing and payment schemes, poor planning, cost overruns, and corruption of local officials leading to a bad overall deal.