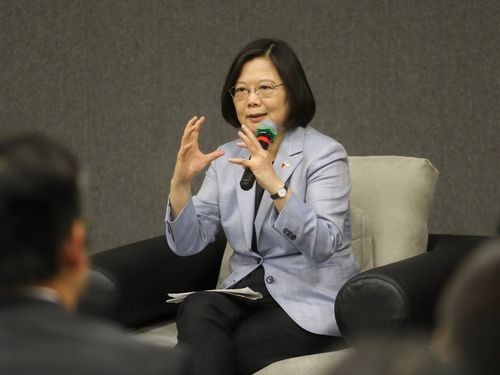 Tsai also said her administration would continue to communicate with Japan in the spirit of the World Trade Organization to deal with the ban on the import of food products from five prefectures affected by the 2011 Fukushima nuclear disaster. A referendum last November 24 upheld the ban, which Japan wants to see lifted.

The aim will be to find a mutually acceptable resolution to the stalemate, but Taiwan hopes the issue will not affect the general improvements in relations with Japan, the Liberty Times quoted the president as saying.

As to the CPTPP, which has scheduled its first ministerial meeting since the agreement went into effect for Tokyo on January 19, Tsai described Japan as one of its key members, making its support for Taiwan’s membership bid even more crucial.

The Ministry of Foreign Affairs (MOFA) said it was actively communicating with the 11 members of the CPTPP as Saturday’s meeting would also discuss an eventual expansion of membership. The ministry also emphasized that the trading group and the Japanese food ban should be dealt with separately.

MOFA would also closely monitor which rules the CPTPP meeting would design to handle with the entry of new member states, the Liberty Times reported.