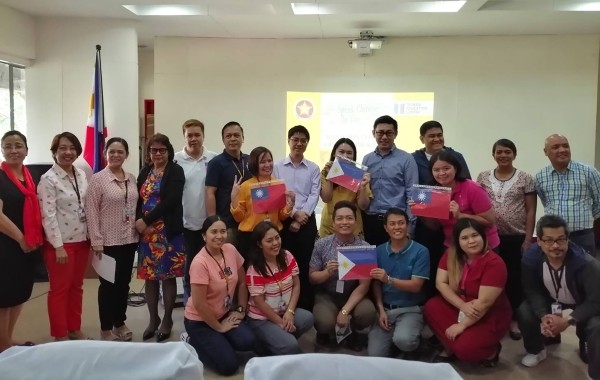 TAIPEI (Taiwan News) -- An organization under Taiwan's Ministry of Eduction (MOE) inaugurated a new, two-month Mandarin course at the Polytechnic University of the Philippines (PUP) on Wednesday (Jan. 17), the first such Chinese language course in the 100 year history of the university, reported CNA.

The Taiwan Education Center Philippines, which is funded by the MOE, is organizing the two-month program to teach Mandarin to Filipino students at PUP, the first time that a Chinese language program has been offered since the founding of the university in 1904.

On Wednesday afternoon, an opening ceremony was held at the PUP auditorium with Lee Cheng-han (李政翰), education secretary with Taiwan's representative office in Manila, and Huang Tse-hsiang (黃澤翔), manager of the program in attendance.

Huang told CNA that, "This course lasts for two months. The aim is to train students to become future Chinese teachers so that more Filipino students can learn Chinese together." Thus far, 20 professors and lecturers have signed up for the course.

The Taiwan Education Center Philippines was founded by the Ministry of Education and is managed by Taiwan's National Sun Yat-sen University. The center was established in Manila in September 2017 to promote Chinese language teaching, cultivate Chinese teachers, and promote academic and educational exchanges between Taiwan and the Philippines.