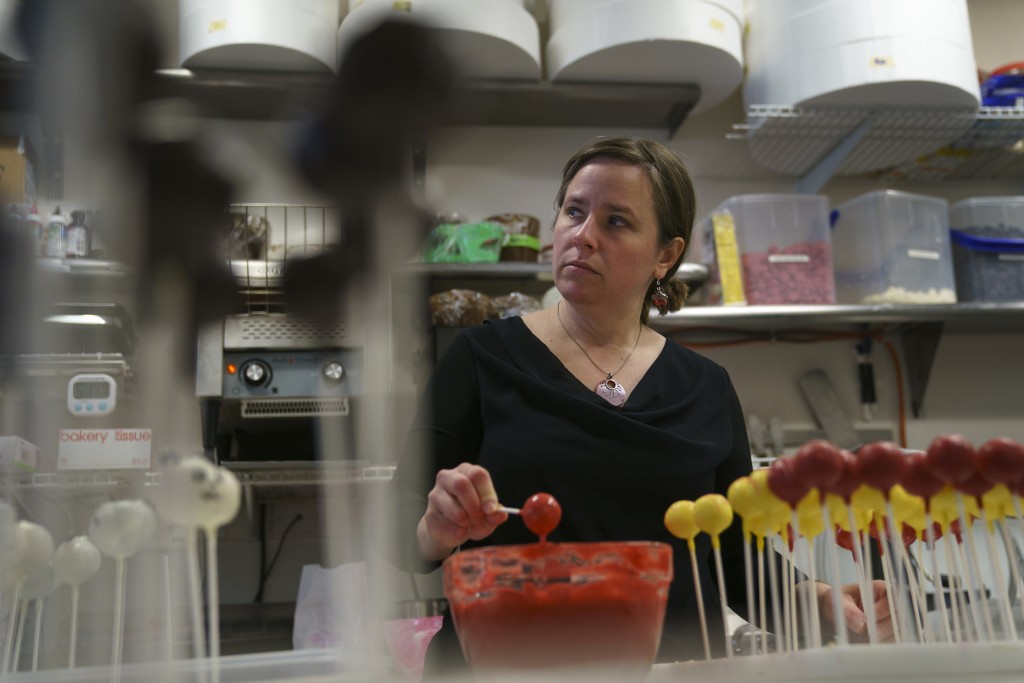 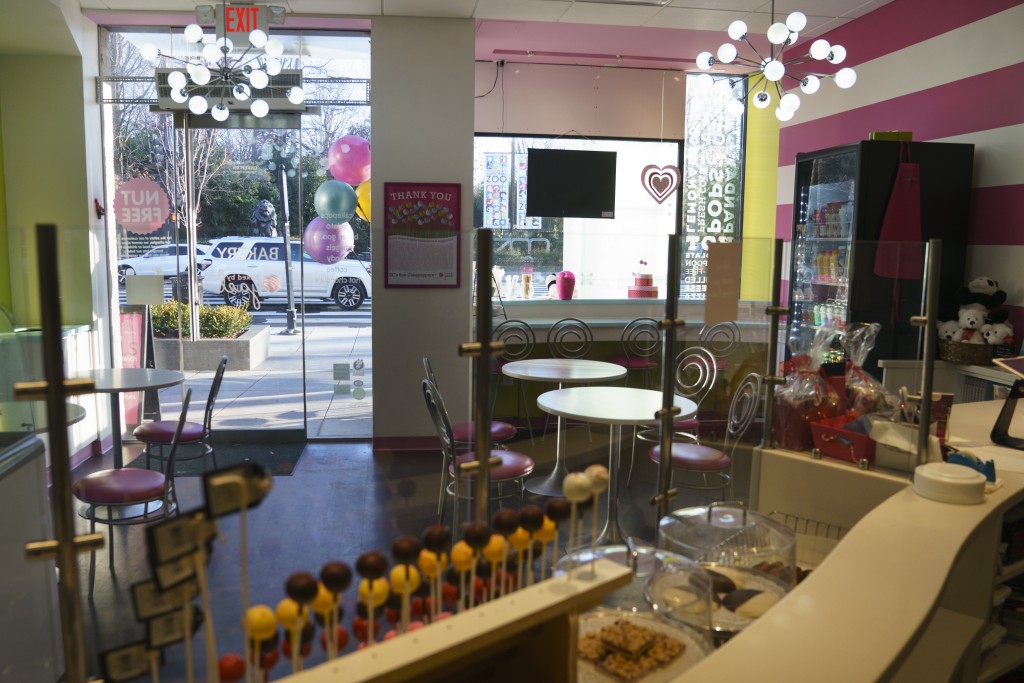 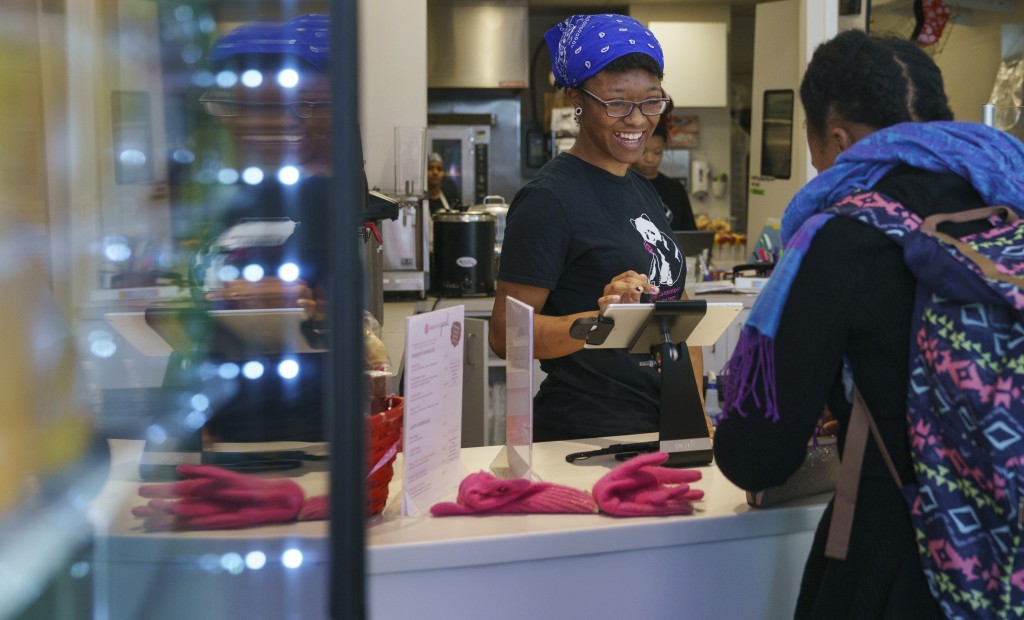 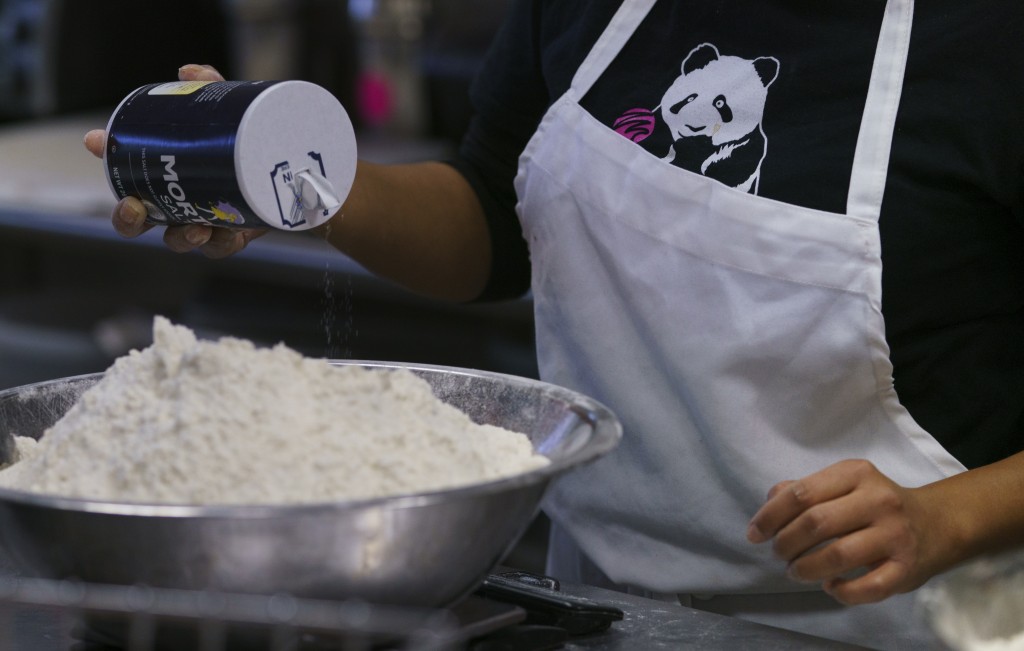 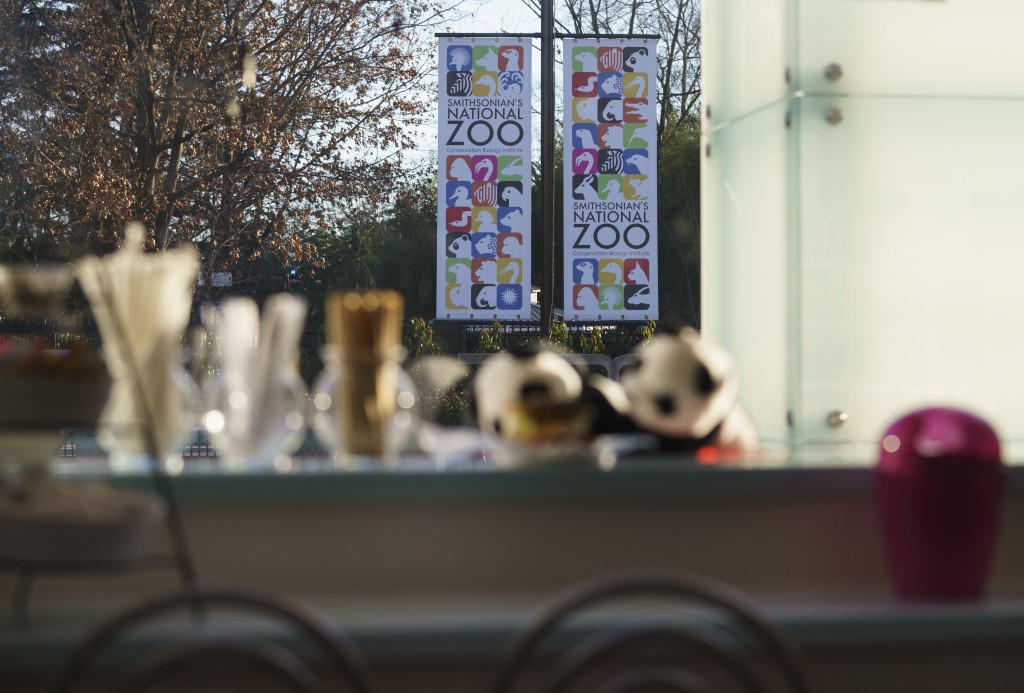 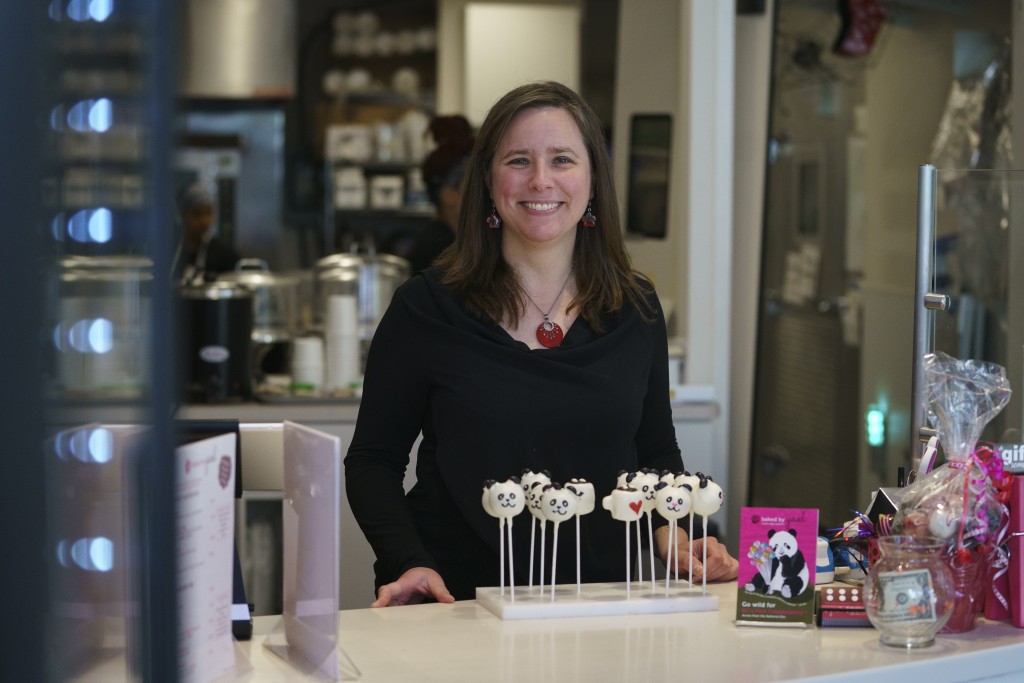 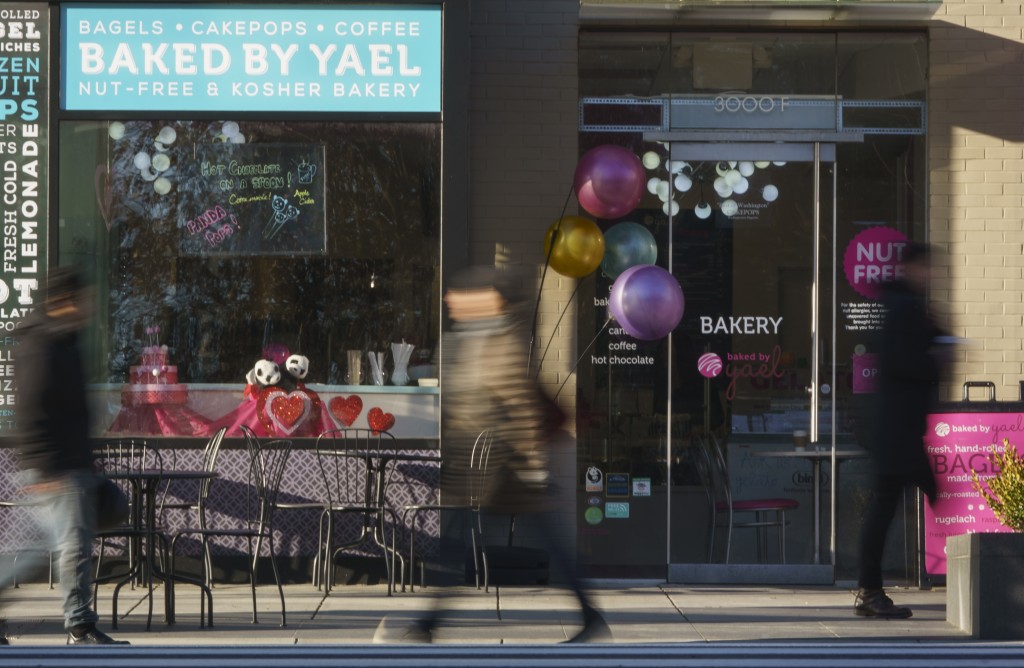 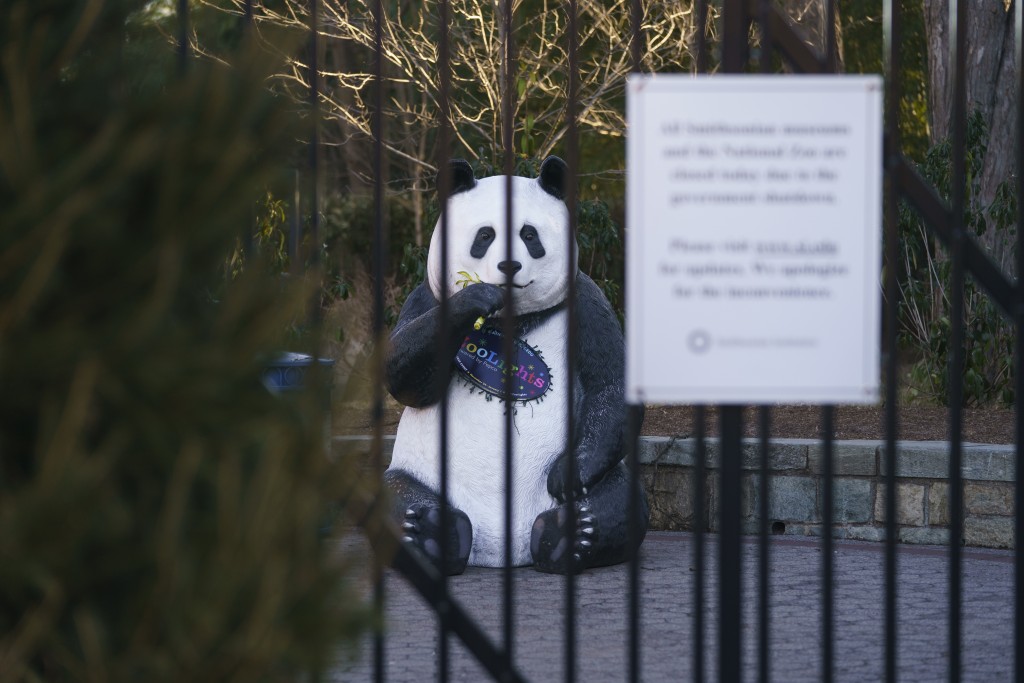 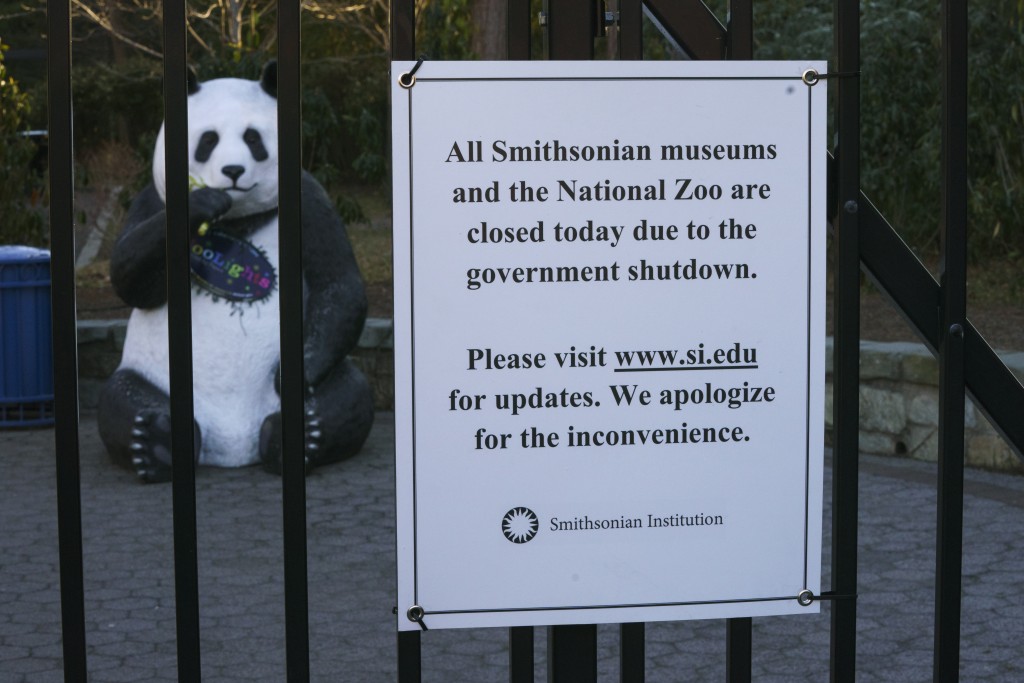 NEW YORK (AP) — Baked by Yael isn't getting its usual flow of customers who stop in after visiting the nearby National Zoo; the popular Washington, D.C., tourist spot remains closed by the government shutdown.

Owner Yael Krigman gets half her business from the three-year-old store, and the shutdown that began Dec. 22 is taking a toll.

"Right now, I'm just trying to focus on the day-to-day and hustling to generate revenue any way I can," says Krigman, who also has corporate and online customers and sells at farmers' markets.

Small companies across the country are losing business because of the shutdown. Federal contractors, especially those who rely on the government for most of their revenue, aren't getting orders and aren't getting paid. Any company that needs help from agencies including the Small Business Administration can't get it. And owners like Krigman, located near federal offices or operations, aren't getting sales from government workers or visitors who are their customers.

Companies trying to hire have found that E-Verify, the online system owners check to be sure job candidates are eligible to work in the U.S., isn't operating. The website run by the Department of Homeland Security has a notice reading, "E- Verify and E-Verify services are unavailable."

"There are thousands of small businesses across the country who are unable to complete their hiring process," says Matthew Asir, owner of The Legal Bullet, whose company helps small businesses seeking visas to bring staffers from other countries to the U.S. Although the shutdown of E-Verify affects companies of all sizes, not being able to hire can be more of an issue for a smaller company that operates with a small staff; it doesn't have the flexibility that a large number of employees offers.

Federal contractors have been hit hard. The majority of Drew Boling's customers are federal or state government agencies that need police cars outfitted with lights, sirens and other emergency equipment. Boling's company, Custom Vehicle Upfitters, isn't getting work or payment from federal agencies, and state and local governments and colleges that use security vehicles aren't getting grant money to buy equipment from him.

With no orders and a payroll that still needs to be met, Boling is concerned about the shutdown dragging on.

"We are a small company, so every sale counts. These problems will continue to grow the longer the shutdown goes on," he says

Meanwhile, Boling needs a Small Business Administration loan to purchase a new building for his Maryland Heights, Missouri-based company. But the SBA is closed except for disaster relief operations, and his application can't be processed. He's worried that the seller won't wait for the SBA to reopen and approve the loan.

"If someone else has a cash offer, they're going to take it," he says.

Businesses that help people navigate the government bureaucracy have seen their revenue dwindle. Chris Mason, an attorney who represents workers in discrimination cases before the Equal Employment Opportunity Commission, is stuck in neutral. Although he can file complaints, they're not officially received. Hearings have been canceled, but he can't find out the dates when they're being rescheduled for. He can't consult with EEOC employees if he has a problem.

"I'm in nowhere land," says Mason, who's based in New York. "It's grinding my income to a halt."

Tim Touchette's company, Attache Corporate Housing, manages temporary housing in Washington, D.C., for business travelers including federal workers. His January revenue is down 10 percent as renters break leases and leave town or cancel stays altogether. Leases are often in employees' names, but Touchette ultimately is paid by the government and he can't get any reimbursement during the shutdown.

"It would be unfair to go after the workers individually for rent since they are not only sent home, they are also not getting paid on top of it," Touchette says.

In the meantime, he's looking for revenue from other resources, like diplomats and lawyers.

Krigman's own kindness helped her pick up some lost revenue. She's giving free sandwiches and soup to zoo employees who are working without pay to care for the pandas, lions and other animals, and free coffee to anyone who works for the government or a contractor. Word has gotten around, and people have been donating money to help defray her costs.

But some businesses have no way to recoup lost revenue. White Wolf Private Tours has lost business because of news reports that Yosemite National Park is littered and unsanitary because park workers aren't cleaning up. Owner Dylan Gallagher's inquiries and bookings for one-to-three-day tours are down by half although volunteers have been tending to the park. Gallagher's saving grace is that winter is his slow season, but he has missed some opportunities for tours.

"We've been left with an open calendar," he says.