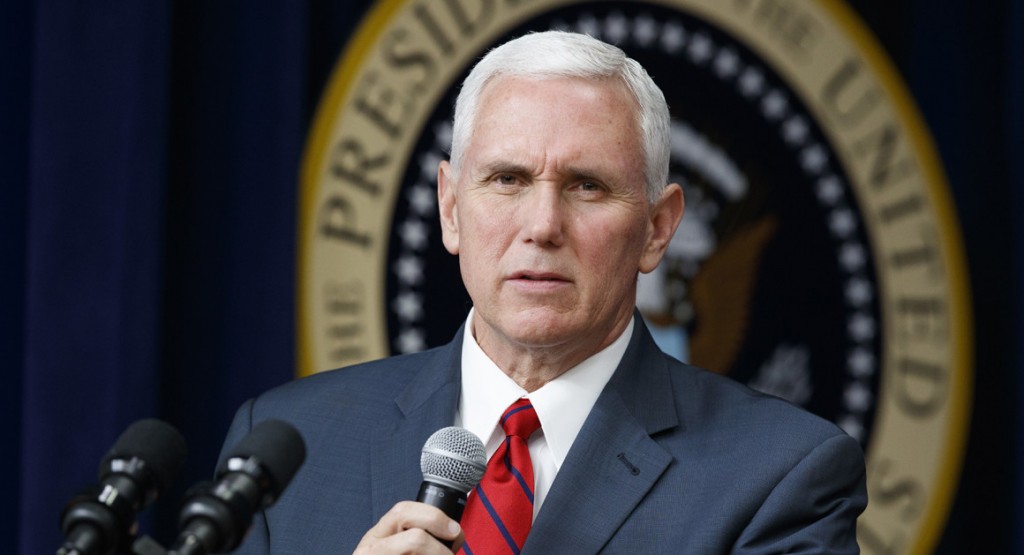 TAIPEI (Taiwan News) – On Jan. 16 in Washington DC, U.S. Vice-President Mike Pence addressed the Global Chiefs of Mission Conference, an audience comprised of U.S. ambassadors called back to the U.S. capital for the event.

Addressing foreign policy under the Trump administration, the Vice President emphasized at several points that China has been “put on notice,” and declared that the U.S. will not back down from ensuring that the Indo-Pacific remains free and open for international trade and navigation.

Pence also declared at the start of the speech that China has been regularly engaging in dept-trap diplomacy and unfair trade practices to expand its own influence for far too long. He said that the world had grown accustomed and become permissive of China's consistent violation of international laws and norms of behavior.

“The days of the U.S. looking the other way are over” said Pence, who also told the U.S. ambassadors to deliver a message to their respective host countries across the world that, “America is back.”

“The strongest military the world has ever seen, will be made stronger still,” Pence boldly declared.

Pence emphasized that the U.S. is actively seeking better relations with China, but Beijing must make reforms for a new beneficial trade relationship to be developed. He stressed that the White House remains prepared to levy more tariffs against China if they can not demonstrate meaningful change.

Before closing his speech, he also declared that promoting freedom of religion across the globe is a policy priority for the administration, with specific mention to the Tibetans and the Muslim Uyghurs being persecuted by the communist government in China.

Mike Pence expressed gratitude for the work U.S. State Department representatives have done to further U.S. interests and promote values of democracy and freedom across the world.

In closing he remarked that the U.S. ambassadors are not only representatives of the U.S. government but of the core values and freedoms upon which the country was built. Referencing the founding of the U.S., Pence declared that “No empire, however strong, can conquer a people yearning for freedom.”

“America first, does not mean America alone,” emphasized the Vice President, offering reassurance for peoples of the world fighting for freedom, democracy, and human rights, Pence insisted that they are in “good company,” with a more engaged U.S. foreign policy, dedicated to upholding those values and furthering U.S. interests abroad.