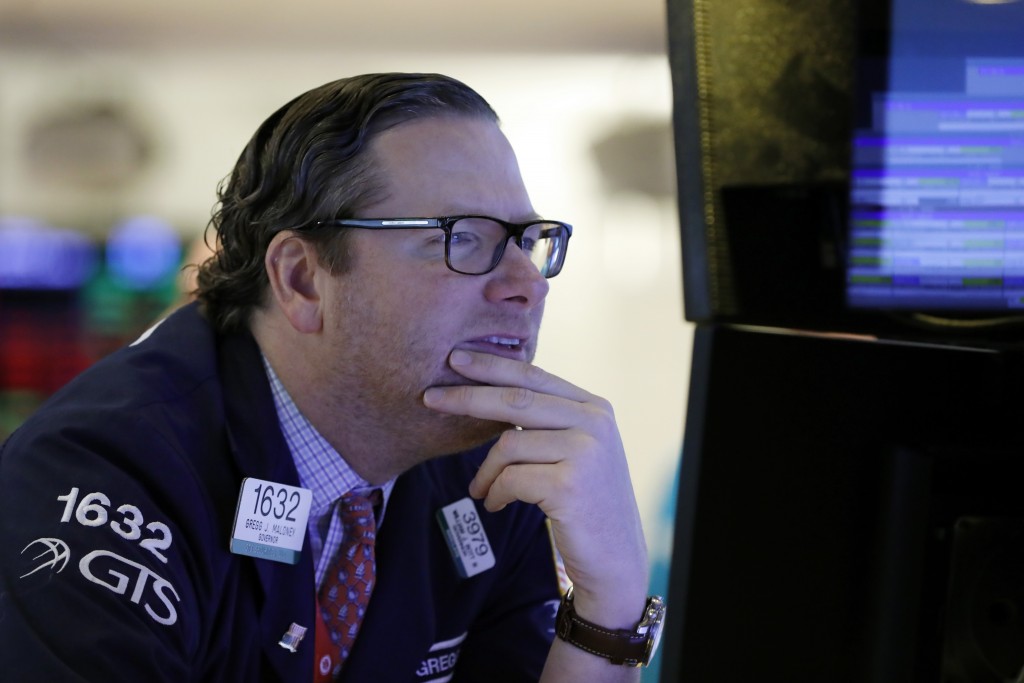 WING TIP WINNING: Goldman Sachs posted strong results from its advisory business, and that helped the company beat Wall Street's expectations in the fourth quarter. Investors and traders endured extreme turbulence in the quarter as stock and bond markets went through huge swings. While some volatility tends to give traders an opportunity to make money, several financial firms have said that last year's swings were far too large for that. The S&P 500 fell about 7 percent in October and then tumbled 9 percent in December, its worst month in nearly a decade.

Goldman jumped 5.5 percent to $189.74 and Bank of America climbed 5.4 percent to $27.98 after its profit surged thanks to last year's steady rise in interest rates, which has allowed it to charge customers more to use credit cards or take out a mortgage. Bank of America's consumer banking business is by far its largest division by revenue and profits.

Investment firm BlackRock rose 4.5 percent to $418.61 and regional bank Comerica picked up 3.5 percent to $76.62 after they reported their quarterly results.

BREXIT VOTE: Britain's Parliament will debate a vote of no-confidence May's government a day after legislators rejected her Brexit deal by a wide margin. Britain is set to leave the European Union bloc on March 29. Economists warn that an abrupt break with the EU could batter the British economy, which would face new tariffs and other trade barriers after it is no longer part of the EU. Chaotic scenes at borders, ports and airports could also follow.

TAKEOFF: United Continental's profit and revenue both beat analysts' expectations, and its stock jumped 7.7 percent to $87.45. The company has been adding seats faster than its rivals Delta and American, but it has filled most of them, and at higher prices. American added 3.6 percent to $33.24.

FILTERED OUT: Snap slumped again after the social media company said its chief financial officer is leaving after just eight months on the job. Tim Stone is the second Snap CFO to leave in the past year and he's part of a string of top executives who have left in recent months. A redesign of Snapchat's service has also been heavily criticized by users.

BONDS: Bond prices dropped. The yield on the 10-year Treasury note rose to 2.74 percent from 2.70 percent.