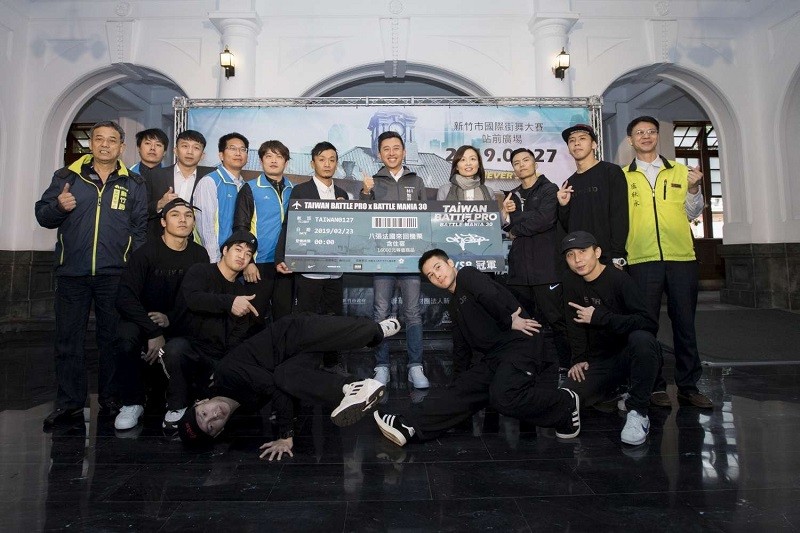 TAIPEI (Taiwan News) – A street dance competition will take place at Hsinchu Train Station Plaza on Jan. 27, and the wining team will receive total sponsorship for representing Taiwan to compete in the world championship in France, Hsinchu City’s Cultural Affairs Bureau said in a news release on Wednesday.

Battle Pro originated in Paris and has evolved into the largest street dance event in France, the bureau noted. This year, the event will take place in Boulogne-Billancourt, and eight countries, including Taiwan, will compete in the championship.

The preliminary contest in Taiwan, Battle Pro Taiwan, organized by the KGB street dance group, will take place at Hsinchu Train Station Plaza in the afternoon of Jan. 27, according to the release.

Even though Hsinchu is an old city, it is the youngest city in terms of the median age of the city’s population, Hsinchu Mayor Lin Chih-chien (林智堅) said, adding that many young people in the city are fond of street dance.

The city will offer the winning team a subsidy of NT$400,000, hoping to cover the cost of airfare and hotels.