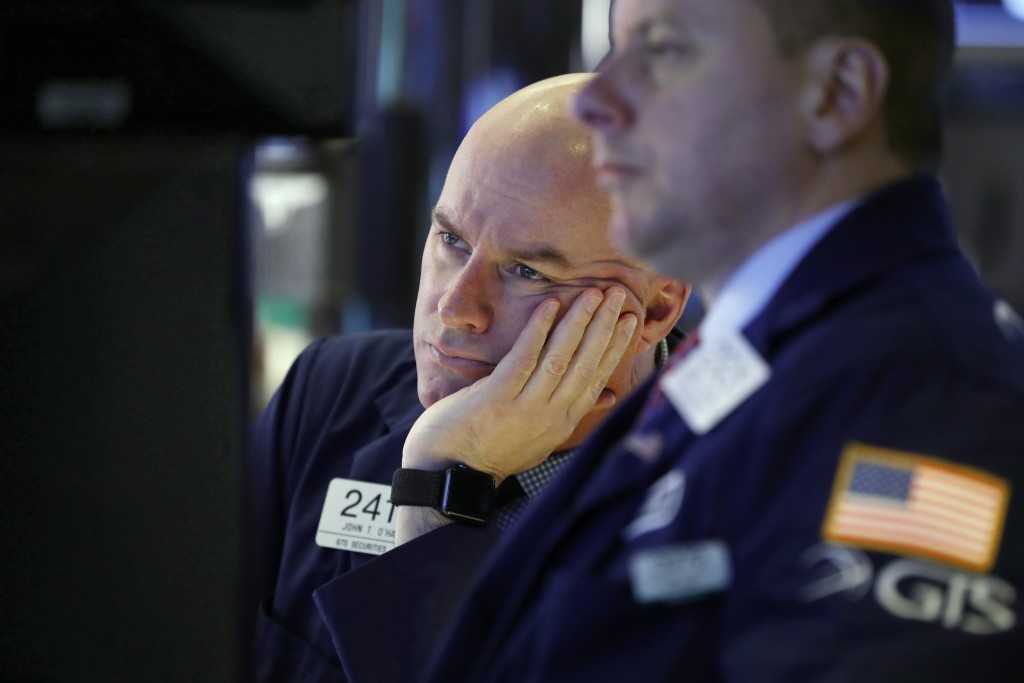 NEW YORK (AP) — Stocks in the U.S. are rising Tuesday morning as Netflix leads a rally in internet and technology companies after saying it will raise prices for its subscription plans. Major U.S. companies including JPMorgan Chase and UnitedHealth announced their fourth-quarter results.

European indexes are little changed as British legislators prepare to vote on Prime Minister Theresa May's plan detailing the country's departure from the European Union. The proposal appears likely to be rejected. Asian stocks rose after China's government said it plans to cut taxes and keep its monetary policy flexible.

BANDER-SNATCHING MORE DOLLARS: Netflix announced the biggest increase in U.S. prices in its history. Its most popular video-streaming plan will see the largest hike, to $13 per month from $11. The extra cash will help to pay for Netflix's huge investment in original shows and films and finance the heavy debt it has assumed to ward off rivals such as Amazon, Disney and AT&T. Its stock climbed 5.7 percent to $351.51. Netflix stock has jumped more than 30 percent in 2019 after huge losses in the second half of last year. It was worth almost $420 a share in July.

BANKS BOINK: JPMorgan Chase's fourth quarter profits badly missed analysts' expectations on Tuesday as its bond-trading business struggled during the extremely volatile fourth quarter. While JPMorgan's profits were up 67 percent from a year earlier thanks to the 2017 corporate tax cut, experts thought it would report an even larger profit. Its stock lost 1.2 percent to $99.72.

Citigroup also reported weak results from its bond trading business Monday. While banks with trading desks typically benefit from volatility, the last three months of 2018 were too wild even for traders on Wall Street.

Wells Fargo, the consumer banking giant, said its fourth-quarter profits fell slightly on Tuesday as the bank remains restrained by federal regulators, who put a tight leash on it after years of scandals and missteps. It gave up 1.2 percent to $47.84.

BRITAIN VOTE: British lawmakers will begin their vote Tuesday afternoon. Their vote on the deal brokered by May and other European leaders was delayed in December, but despite a push from May, it still appears the plan will be voted down. Lawmakers who want Britain to leave the EU say the deal will leave Britain bound indefinitely to EU rules, while pro-EU politicians favor an even closer economic relationship with the bloc than the one May and European leaders negotiated.

If the deal is defeated, it's not clear what will happen to May's government or the economies and financial systems of Britain and the rest of Europe. Britain is scheduled to leave the EU on March 29.

PAINT IT BLACK: Paint and coatings maker Sherwin-Williams said it was "disappointed" with its sales in October and November, and its profit and sales in the fourth quarter fell short of Wall Street's estimates. Its stock fell 6.3 percent to $372.68. Other coatings makers also struggled. 3M shed 1.5 percent to $189.34 and PPG Industries lost skidded 2 percent to $99.97.

CHINA'S ECONOMY: Chinese leaders said they will slash taxes, increase government spending, and provide financing to private and small enterprises in a bid to strengthen the world's second-largest economy. They also pledged to keep monetary policy flexible. The assurances came as China weathers its worst slowdown since the global financial crisis amid a punishing tariffs dispute with the U.S.

Hong Kong's Hang Seng rebounded 2 percent, wiping out a loss on Monday. It's moved higher this month but is still down almost 19 percent from its peak in late January 2018.