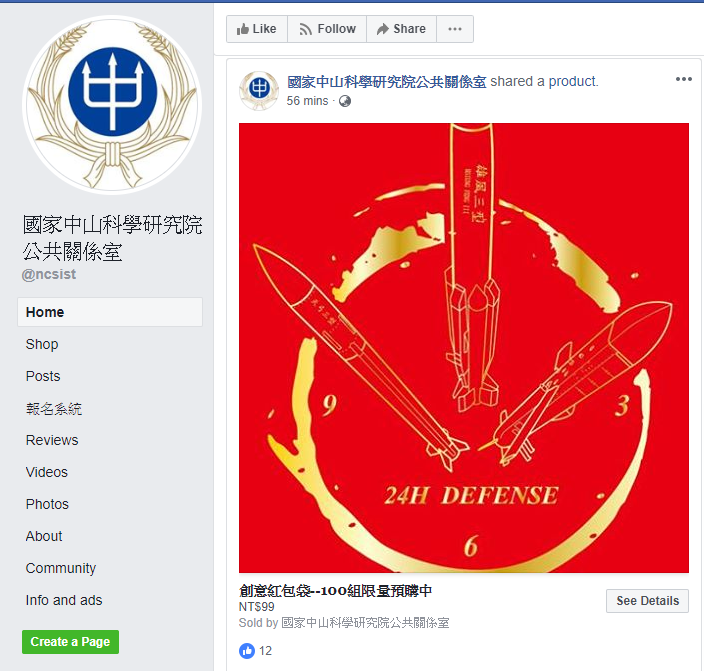 TAIPEI (Taiwan News) - Taiwan’s National Chung-Shan Institute of Science and Technology (NCSIST, 中科院) was so proud of its new missile, the Sky Bow III (天弓三型), that it put its image on its red envelopes for the Lunar New Year, the Liberty Times reported Tuesday.

At the Lunar New Year, people hand out money in red envelopes, which often carry images related to the New Year, such as the relevant animal from the Chinese zodiac.

On Tuesday, President Tsai Ing-wen (蔡英文) on Tuesday visited a military base on the east coast where she inspected the new surface-to-air missile, praising the product for being locally made.

The institute was offering the envelopes to the public at the price of NT$99 (US$3.2) per set of five, the Liberty Times reported. 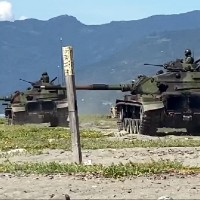