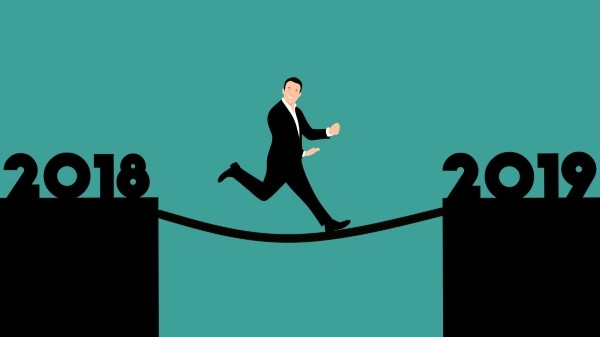 TAIPEI (Taiwan News) -- Over 90 percent of respondents to an employment survey said they plan to change jobs after the Lunar New Year holiday, the highest percentage in the history of the poll, with the majority listing dissatisfaction with their current salary as their reason for jumping ship.

Online job bank yes123 at a press conference on Monday (Jan. 14) announced the results of its annual survey titled "Post-Lunar New Year Job Transfer and Work Overseas Survey" (年後轉職與國外工作調查). The survey showed that 90.7 percent of workers want to change jobs after the Lunar New Year holiday is over, the highest number in the 10 year history of the survey, with 65.4 percent saying they have already started looking for new jobs.

Of those who plan to seek a new job, 54.9 percent listed unsatisfactory pay as the main reason, followed by poor company benefits (41.2 percent), lack of promotion opportunities (33.4 percent), no prospect for the company to develop (31.1 percent), and no opportunity to develop their talents (28.4 percent).

In addition, many office workers are planning to seek employment abroad, with 84.6 percent of those planning on switching jobs disclosing that they are considering working overseas. The survey also found that workers expect to earn 14.6 percent more overseas than what they are currently making in Taiwan.

Company spokesman Yang Tsung-bin (楊宗斌) said that because of the trade war between the U.S. and China, some manufacturers benefited from the effect of bill lading. Yang said the trade war also spurred many Taiwanese businessmen to consider returning to Taiwan to set up factories, and coupled with the introduction of the government's travel subsidy policy and growth of tourists, manufacturers were able to expand the scale of their recruitment and continue the enthusiasm for recruitment well into the new year.

Yang said that starting salaries have risen, mainly due to the increase in the basic salary over the past three years. Yang said other factors that are leading to a pay raise include the fact that on Jan. 1, the minimum monthly wage was increased from NT$22,000 to NT$23,100 and a new regulation requiring Taiwan employers to disclose the monthly salary in job ads for positions paying under NT$40,000, which went into effect on Nov. 30 last year.