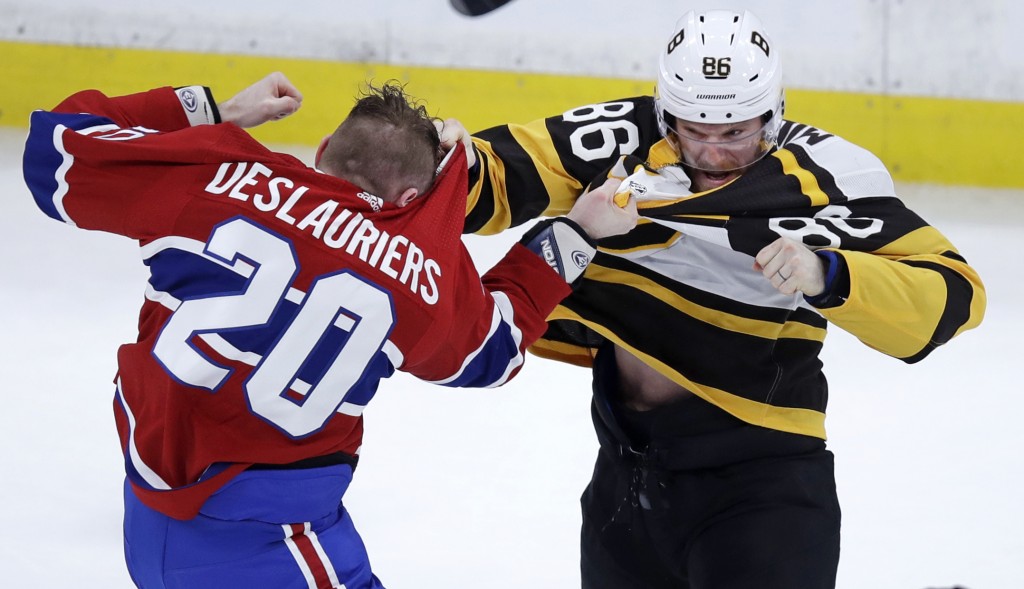 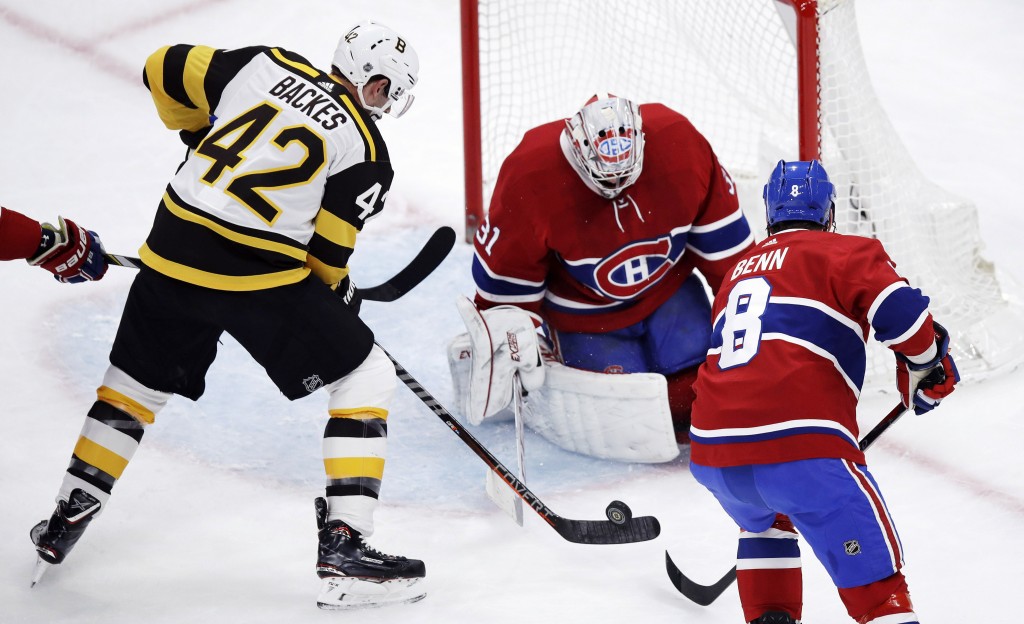 BOSTON (AP) — Jeff Petry scored 15 seconds into overtime, batting the puck out of the air and past Tuukka Rask to lead the Montreal Canadiens to a 3-2 victory over the Boston Bruins on Monday night.

Rask made 19 saves but lost for the first time in his last six starts. David Krejci scored a power-play goal — with Rask pulled for a 6-on-4 — with just 38 seconds left in regulation to send the game into overtime.

A year after the Bruins swept their Original Six rivals in the season series — winning six matchups in a row in all — the Canadiens managed to split their four meetings this season.

Brad Marchand scored for Boston, giving the Bruins a 1-0 lead about six minutes into the game, but Gallaher tied it before the end of the period.

Late in the second, with Victor Mete off for hooking, Byron outskated Boston's Patrice Bergeron to a loose puck at the blue line and went in on the net, switching to his backhand before flipping it past Rask's glove for the go-ahead goal.

It stayed that way until Montreal's Michael Chaput was called for delay of game for shooting the puck over the glass with 2:05 left. Rask came off 30 seconds later, and the Bruins worked their two-man advantage and got the puck to Krejci, who wristed it into the net to tie it.

NOTES: David Pastrnak played in his 300th NHL game. ... The Bruins wore the sweaters they made for the Winter Classic, at Notre Dame Stadium against the Chicago Blackhawks. ... Bergeron has 13 points in 11 games since he missed 16 with a rib injury. ... Canadiens coach Claude Julien improved to 2-6 against the team he led to the 2011 Stanley Cup championship. ... Byron, who hadn't scored a point in six games, scored his first goal since back-to-back game-winners on Dec. 20 and 22.