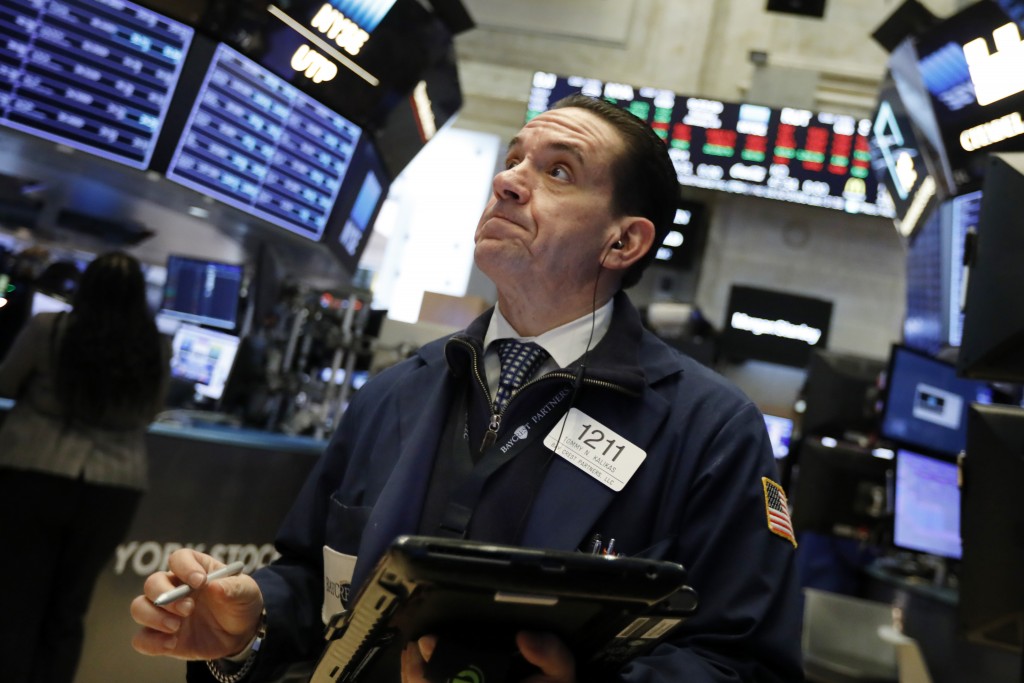 NEW YORK (AP) — Stock markets around the world are down Monday after China reported a drop in exports in December. Fears about the health of China's economy and the global economy overall were a major contributor to the stock market's plunge in late 2018. Technology companies and retailers are taking some of the biggest losses.

The S&P 500 dropped almost 20 percent from late September until the day before Christmas, partly because investors were worried that the global economy was slowing down dramatically and could go into a recession soon. Since Dec. 26, stocks have regained about half of what they lost in the downturn, but investors remain sensitive to signs of economic trouble.

CHINA TRADE: China's exports slipped in December, and exports to the U.S. fell 3.5 percent as rising tariffs and broader weakness affected the world's second-largest economy. For the year, exports from China to the U.S. rose 11.3 percent and imports from the U.S. rose just 0.7 percent. Negotiators from the U.S. and China met earlier this month for three days of trade talks, but it's not clear how much progress was made or when the two sides will meet again.

BREXIT: British stocks headed lower as lawmakers prepared to vote on Prime Minister Theresa May's deal governing Britain's planned departure from the European Union. All indications are that she will lose Tuesday's vote heavily, and the effects of that loss aren't certain. That could lead to volatility for U.K. markets, particularly the pound.

Some British legislators say the country should reconsider its decision to leave the bloc, possibly by another referendum. Others think that the country would be better off to crash out of the bloc on March 29 without a deal.

POWERING DOWN: The largest utility in California said it will file for bankruptcy protection and its stock plunged almost 50 percent. PG&E, the parent of Pacific Gas & Electric, faces potentially colossal liabilities over deadly wildfires in 2017 and 2019. The company had announced the resignation of CEO Geisha Williams on Sunday.

PG&E intends to file for Chapter 11 bankruptcy protection. It is seeking funding so it can continue providing service to customers as it restructures its business. The stock dropped 37.5 percent to $9.24 in heavy trading, leaving the company's market value at about $4.8 billion. Media reports say its liabilities could reach $30 billion.

PG&E was valued at about $25 billion in November, when reports indicated that PG&E had a power outage around the time and place the deadly Camp Fire began. That blaze killed at least 86 people.

ALL MINE: Newmont Mining will buy Canada's Goldcorp for $10 billion, creating the world's biggest gold miner. Miners are consolidating as gold becomes more expensive to procure. Barrick Gold said it would by Randgold for more than $6 billion four months ago. Newmont fell 6 percent to $32.79 and Goldcorp stock jumped 11.4 percent in Toronto.

EXTRA, EXTRA: Gannett, the publisher of USA Today, got a $1.36 billion takeover bid from a media group with a history of taking over struggling newspapers and slashing costs. MNG Enterprises, better known as Digital First Media, disclosed its offer to Gannett Monday. Gannett said will review the proposal, which values it at $12 per share.

The Wall Street Journal was first to report that the hedge-fund backed MNG has built up a 7.5 percent stake in Gannett, and that it has been rebuffed repeatedly by the company about a sale.

OVERSEAS: Germany's DAX was down 0.4 percent while the CAC 40 in France fell 0.5 percent.

Elaine Kurtenbach contributed to this story from Bangkok.