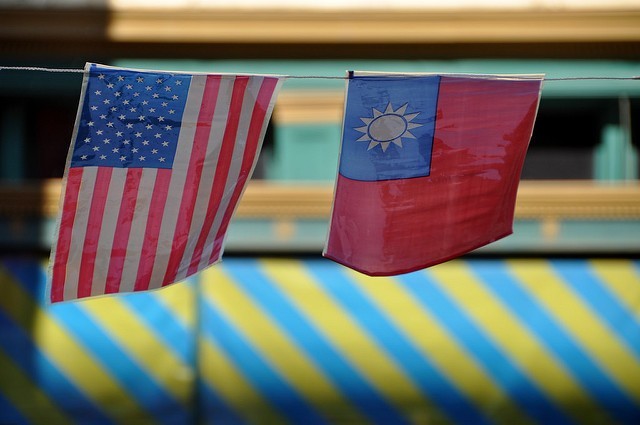 Although Taiwan is separate from the U.S., the relationship between the two is like that of a close family. The U.S. under the Trump administration has enacted new laws in support of Taiwan, like the Taiwan Travel Act and the Asia Reassurance Initiative Act. Other pro-Taiwan legislation, like the Taiwan International Participation Act, submitted by Republican Cory Gardner and Democrat Edward J. Markey, has graced the Senate floor. These laws suggest that the U.S. has an almost jurisdictional interest in Taiwan. That is to say, the U.S. already has capacity to directly govern Taiwan at the national level, which is under the tiger’s mouth.

In the future, Taiwan should formulate its own “U.S. Relations Law” to reflect the special bilateral relationship. Direct dialogue between Taiwan and the U.S. should take place, to clearly explain Taiwan’s position and willingness to collaborate.

Before such a law emerges, Taiwan can do a number of things. First, the U.S. dollar should be declared as legal tender, and could be used in parallel with the new Taiwan dollar. Second, American English should be declared an official language of Taiwan at all levels. Third, every municipality should plan to create special economic areas with a high standard of English to entice foreign investment and international NGOs to set up shop in Taiwan. This will help to permit Taiwan’s participation in the United Nations as an NGO entity.

The future of Taiwan’s development will inevitably be centered on U.S. policy and strategy. Taiwan has benefited from American values for many years, and has grown through implementation of democracy, freedom, and human rights as the foundation of society. Now is the right time for Taiwan to become closer to the U.S. and to support free trade throughout the Indo-Pacific in partnership with Japan. Taiwan not only wants greater international participation, but also deeper collaboration and Japan and the U.S.

In the digital age, the boundaries of the state have become less linear and analogue. Taiwan’s future is one that is stood on the shoulder of giants, and this giant is a new international alliance based on freedom, democracy, and human rights, which is led by the U.S. Taiwan is bound to join this huge political, economic, and cultural mixture that is taking shape. Over the coming decade, Taiwan must embark on a process of digital evolution, pursue urban and rural development, and further integrate with the world’s largest economy.

It is clear that the world is moving step by step into a future system based on freedom and democracy that features further integration of government, currency, and military in the form of multi stakeholder collaboration and co-regulation. AI, big data, and blockchain technologies are changing the way in which national governments govern. Taiwanese nationals can use automated customs clearance gates at some national borders, as an example. These new technologies will bring about monumental change in how government works. The main language of this digital revolution is American English, and the most promising currency is the U.S. dollar.

This concept resembles the great flood, in which an ark needs to be built.

Taiwan-U.S. relations are based on the 40 year old Taiwan Relations Act, and the relationship is more secure than any other idea in Taiwan. In the future, we should use the Taiwan Relations Act as a model for other democratic countries to pursue similar legislation, and to create its ideals as a convention of democratic states globally to solidify alliances. Taiwan’s 'family bond' with the U.S. is Taiwan’s past and future.

Yang Sen-hong (楊憲宏) is the President of the Taiwan Association for China Human Rights. 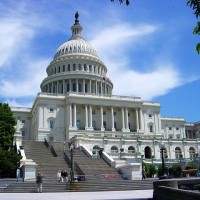 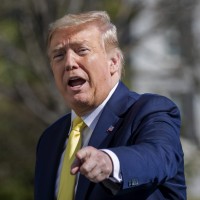