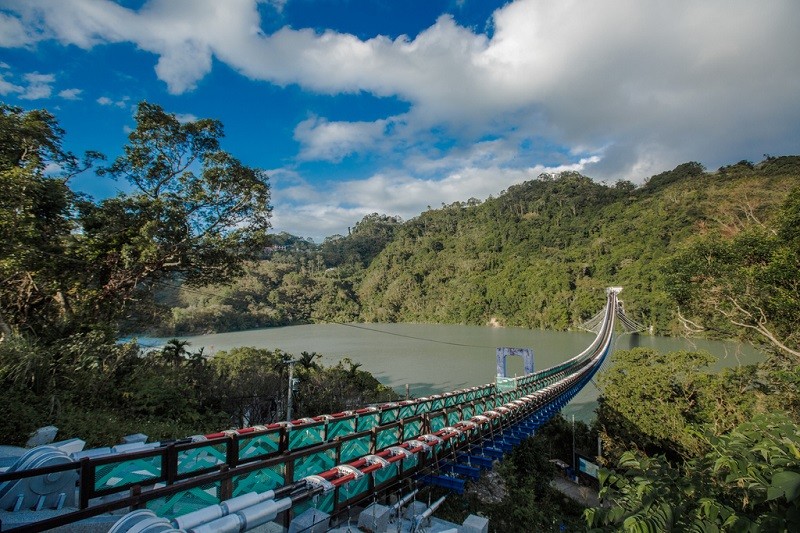 TAIPEI (Taiwan News) – Taiwan’s longest suspension bridge, located at Jiabanshan Park (角板山公園) in Taoyuan’s Fuxing District, will be free of charge during the Jiaobanshan Plum Blossom Festival from Jan. 14 to Jan 21 except Jan. 15, when the park is closed, Taoyuan’s Department of Tourism said in an updated news release on Monday.

The agency said that the 330-meter new Sikou suspension bridge has been a tourist hot spot since its inauguration in January 2018.

However, during the period of free admission, there will be no shuttle bus services, the agency said, adding that therefore, after visitors cross the bridge and visit the Sikou tribal village, they will have to walk across the bridge again to return to Jiabanshan Park.

With regard to the plum flower festival, the agency said that there are more than 300 30-plus-year-old plum trees in the 2-hectare Jiabanshan Park, which is the largest in terms of amount in northern Taiwan, the agency said.

During the plum flower season, the landscape of countless snow-white plum flowers blooming against a vast green meadow backdrop has attracted numerous visitors to go up the mountains to enjoy the flowers and take photos, the tourism department said.

The agency said that a series of activities related to the plum flower festival will be held in the park on Jan. 12, Jan. 13, and Jan. 20.

In addition, the new Sikou suspension bridge will remain open during the 9-day Lunar New Year holiday except the three days, Feb. 4, Feb. 11, and Feb. 12, in order to cooperate with the operating time of the Xiao Wulai Skywalk scenic area and Rover Hot Spring.

How to get to the Jiaobanshan park and the Sikou suspension bridge: 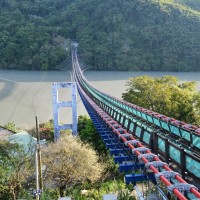