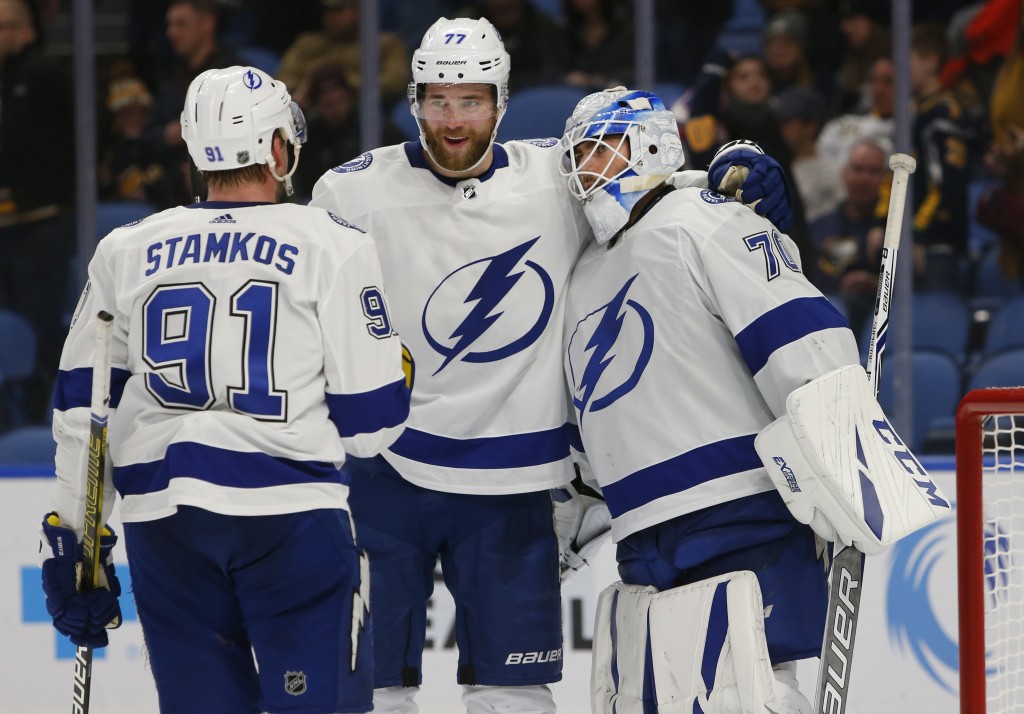 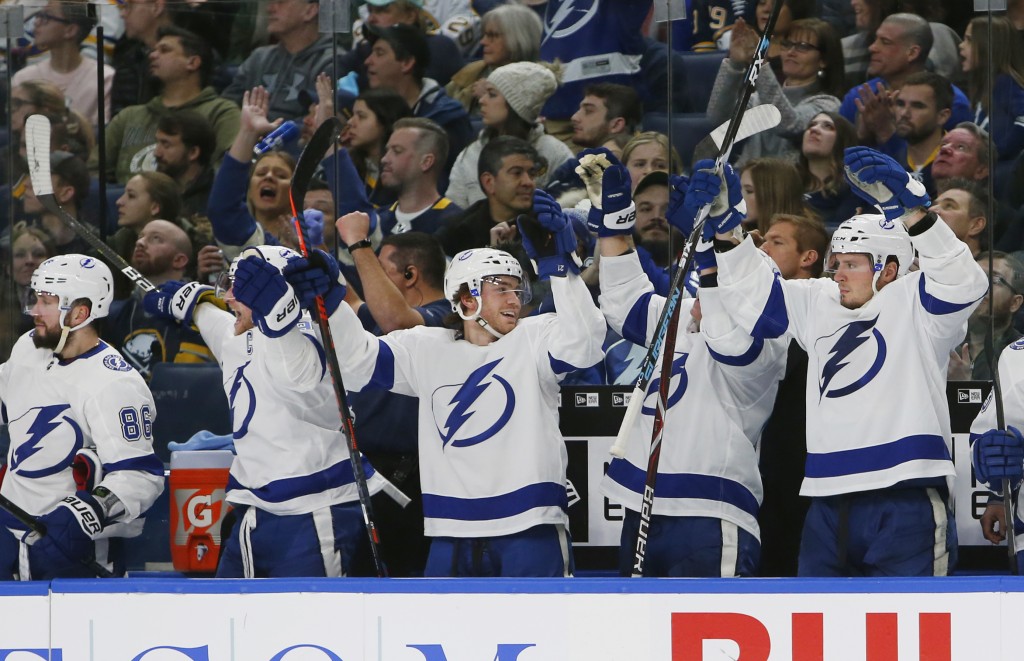 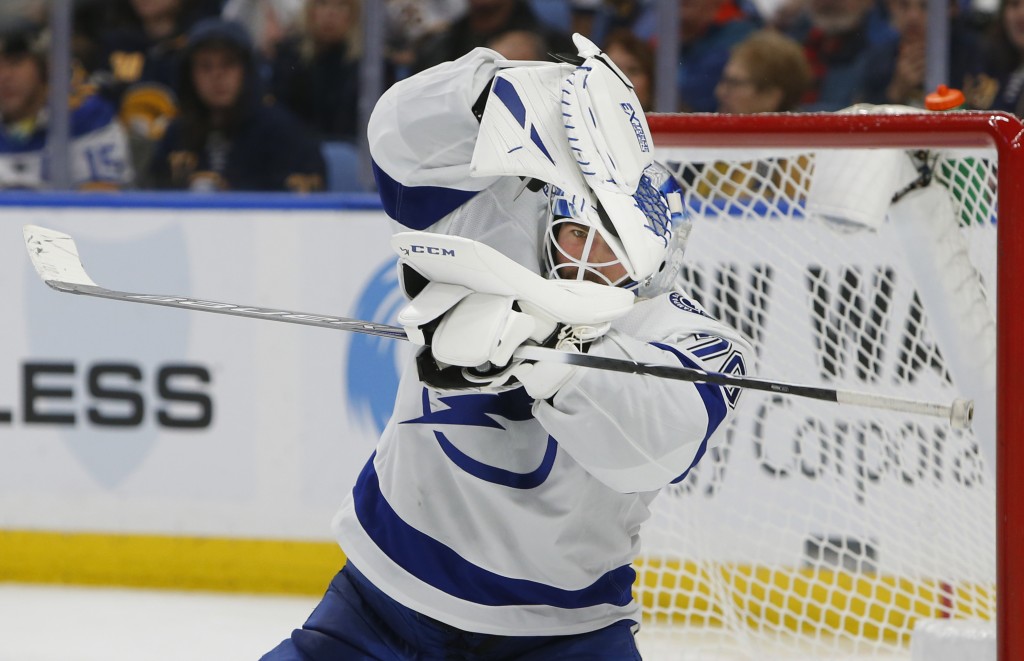 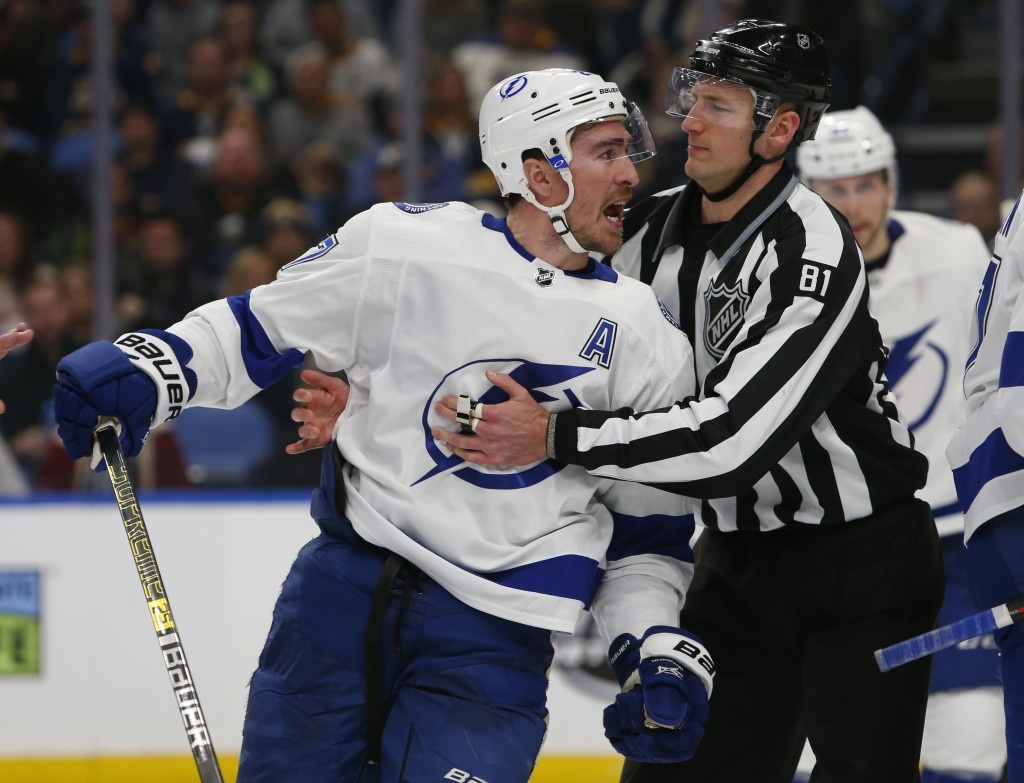 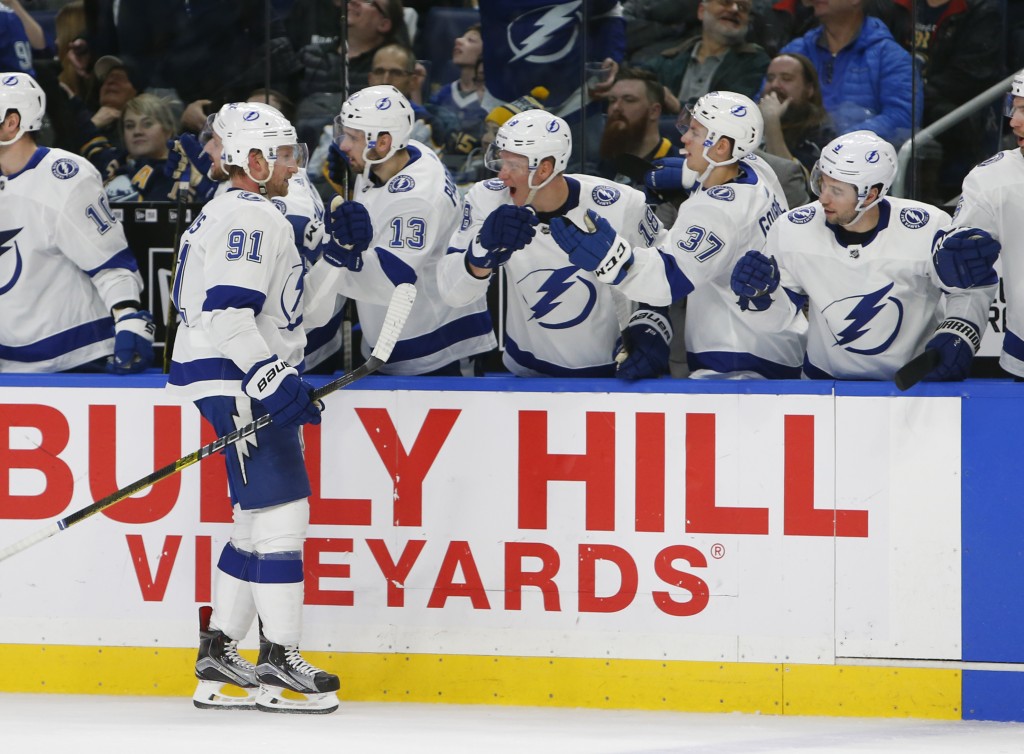 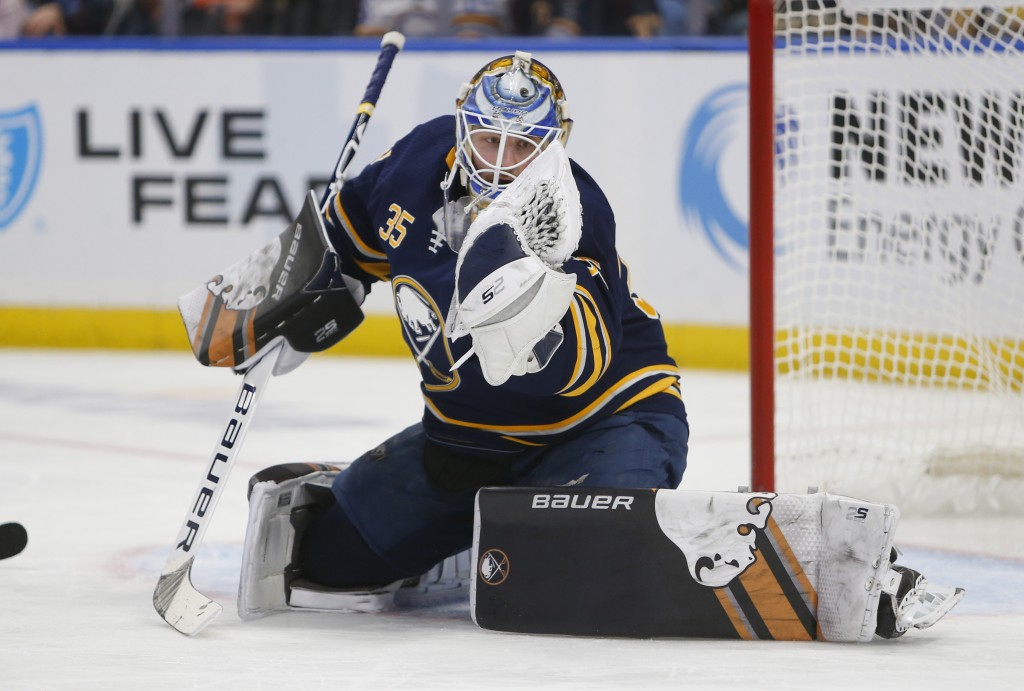 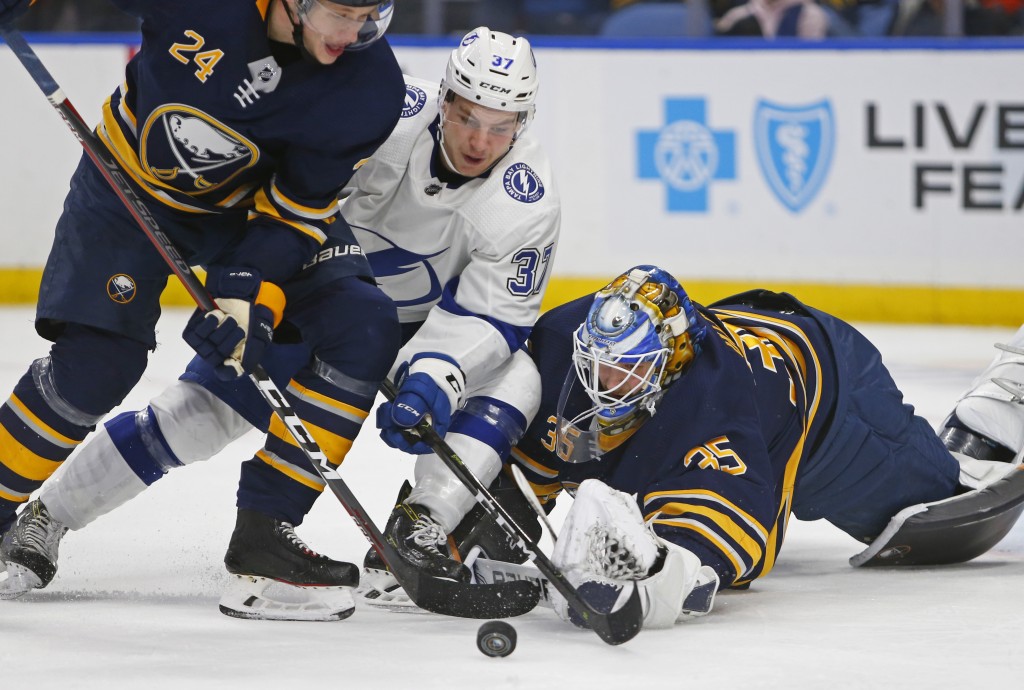 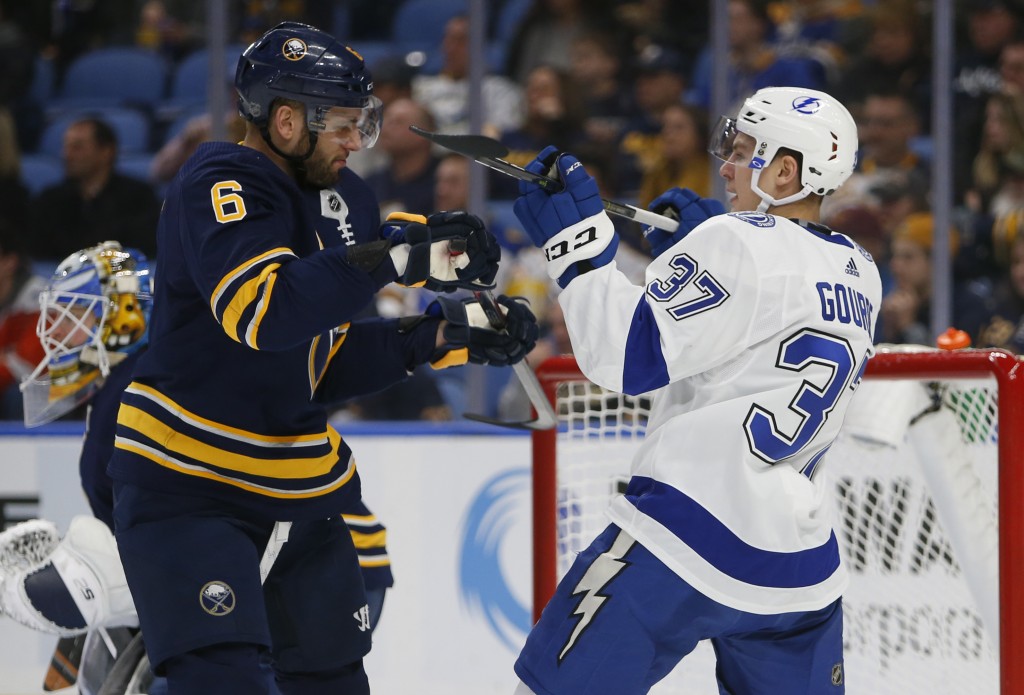 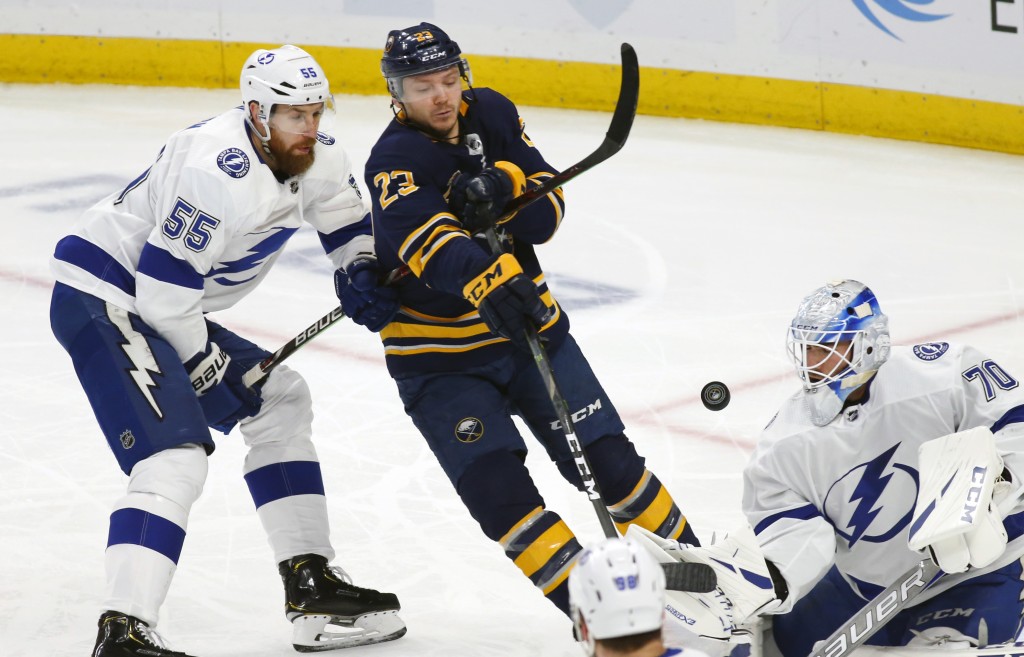 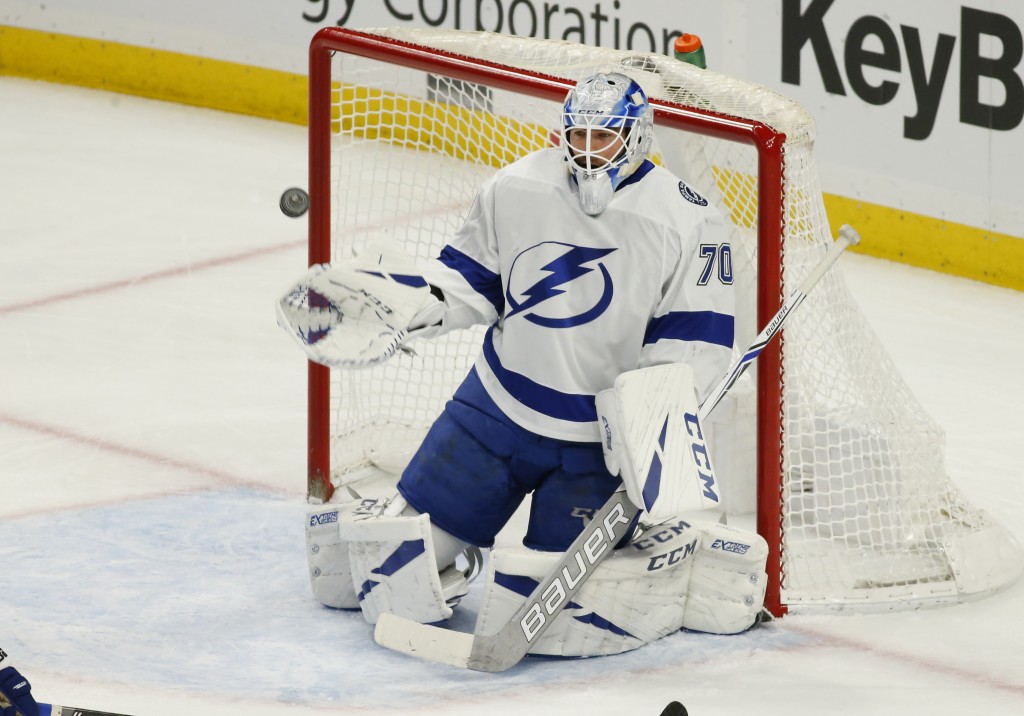 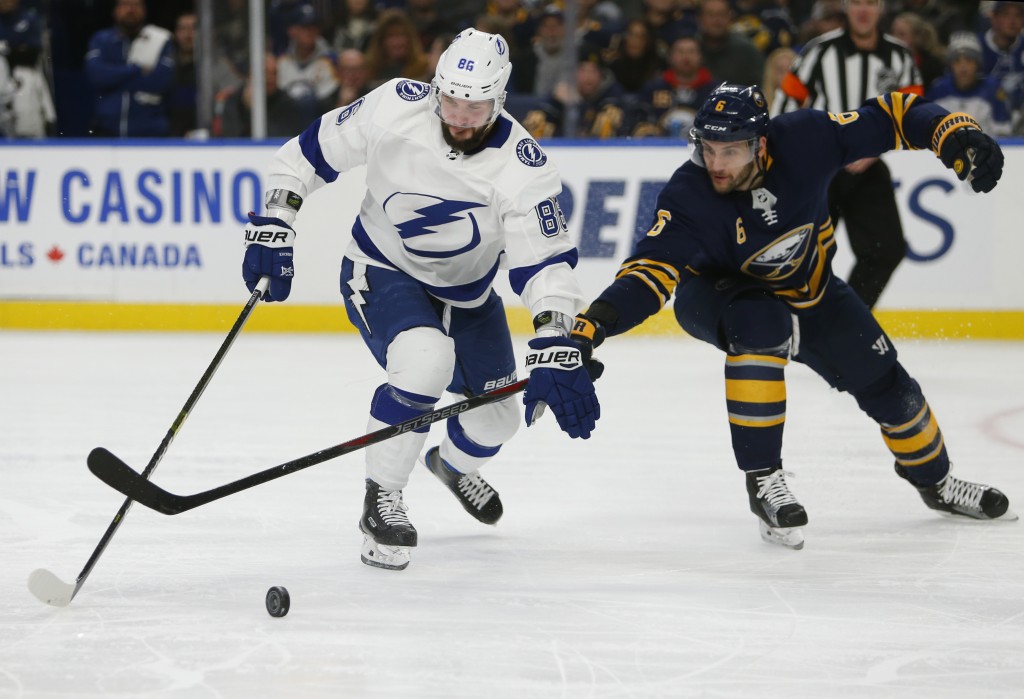 BUFFALO, N.Y. (AP) — Steven Stamkos scored the tiebreaking goal with 5:16 remaining to lead the Tampa Bay Lightning to a 5-3 win over the Buffalo Sabres on Saturday night.

Sam Reinhart, Tage Thompson and Marco Scandella had the goals for Buffalo, which lost for the second straight night. Linus Ullmark finished with 25 saves.

Scandella gave Buffalo a 3-2 lead at 5:54 of the third, chipping home a pass from Jason Pominville from close range.

Just 23 seconds later, the Lightning took advantage of a bad giveaway by Sabres defenseman Lawrence Pilut, and Stamkos found Kucherov for his 22nd goal of the season.

Stamkos then put Tampa Bay ahead for good late, taking a drop pass from Kucherov and firing a hard shot to Ullmark's blocker side.

Callahan then added some insurance with 1:19 remaining to make it 5-3.

Point opened the scoring just 26 seconds into the game. After a faceoff win in the Buffalo zone, Point buried a rebound for his 29th.

Reinhart evened the score five minutes later after a Buffalo power play expired. Reinhart put a move on Stamkos in the high slot and placed a wrist shot high to the glove side for his 10th.

Thompson gave Buffalo a 2-1 lead just before the end of the first, finishing a 2-on-1 chance into the far corner with 10 seconds left in the period.

Palat evened the score at 2-2 on a spectacular play by Tampa Bay defenseman Mikhail Sergachev. Sergachev raced to the right, placing a perfect backhand pass to Palat in the slot and Palat's smooth one-timer went in for his sixth.

Lightning: At the New York Islanders on Sunday night.

Sabres: Begin a five-game road trip on Monday against Edmonton.