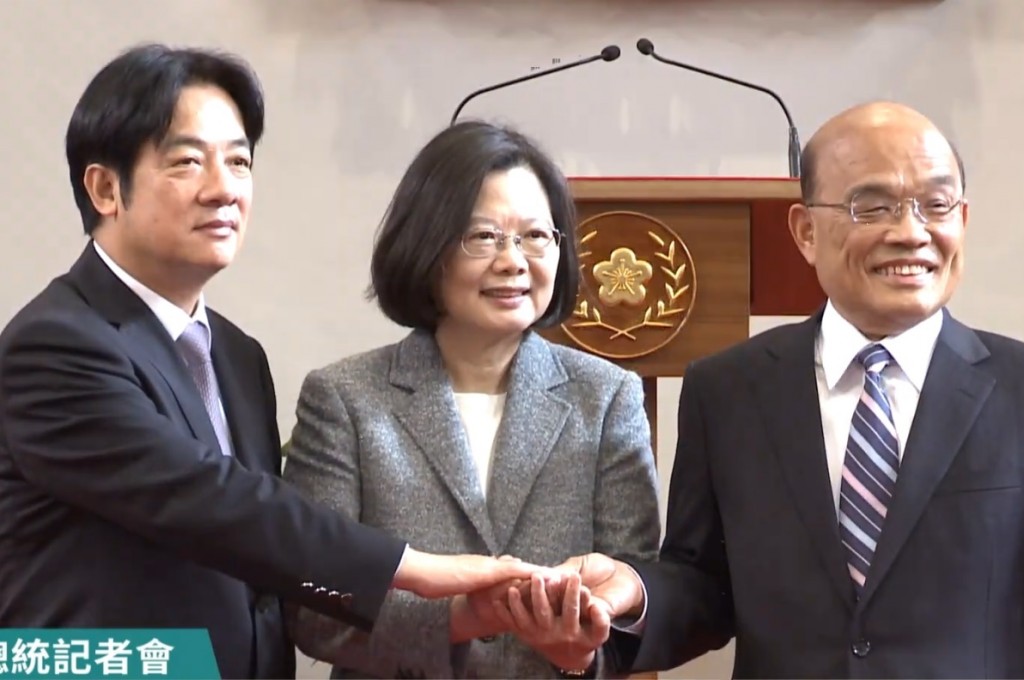 At the press conference, Tsai was accompanied by Lai and Su. Tsai thanked Lai for his successful reform efforts, including the '5 plus 2' and the Forward-looking Infrastructure Development Program which, despite a wide range of challenges, which paved the way to sustainable development for the country.

Tsai said she is unwilling to accept, but respected, Lai's decision to take political responsibility for the outcome of last year's local elections.

Tsai continued to say that the government at the moment is needing an experienced, decisive, and bold captain to lead the cabinet, and Su's the best candidate for the job.

"Under Lai's leadership, the reform is initially completed, and in the next stage Su will take over to advance noticeable benefits for the public, especially for the underprivileged, when we are facing challenges from inside and outside of the country," Tsai said.

The external challenges Tsai referred to were Beijing's mounting military and economic coercion and espionage.

In a farewell speech, Lai wittily compared himself to the role of middle relief pitcher in a baseball game and described Su as a closer, the job requiring determination and audacity while facing a cleanup batter in the game. Lai believes that the team will reach its new goals under Su's leadership.

In 2006, Su was appointed as Premier by then-President Chen Shui-bian (陳水扁), and he resigned from the job in 2007 to run in the 2008 presidential election on behalf of the DPP as Frank Hsieh's (謝長廷) running mate. According to other media reports, former DPP legislator Chen Chi-mai is expected to be appointed by Su as Vice Premier in the new team.