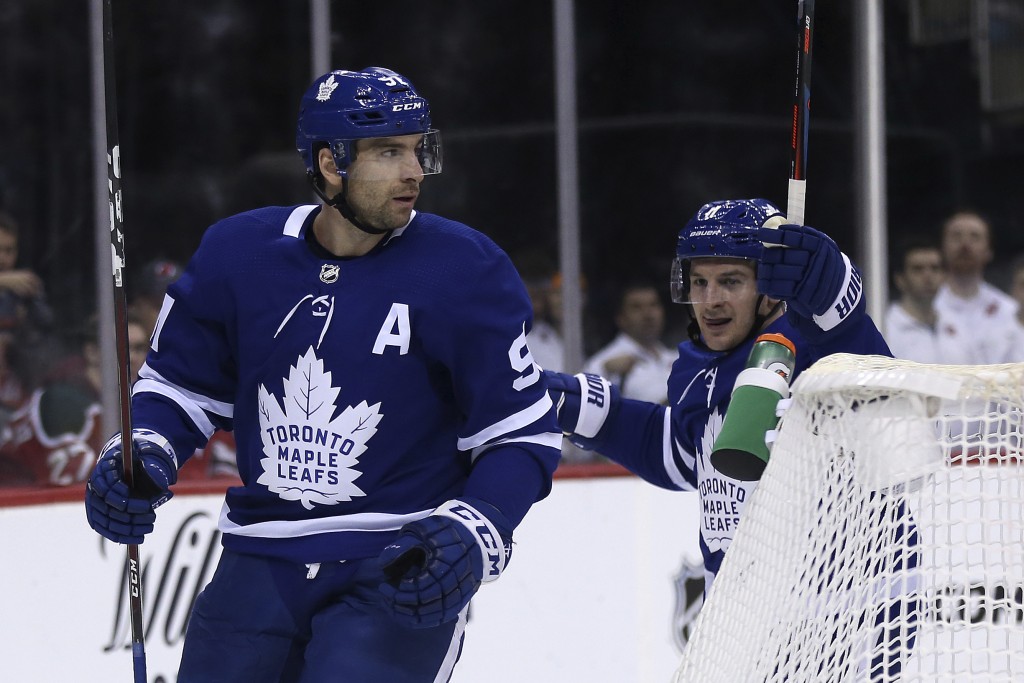 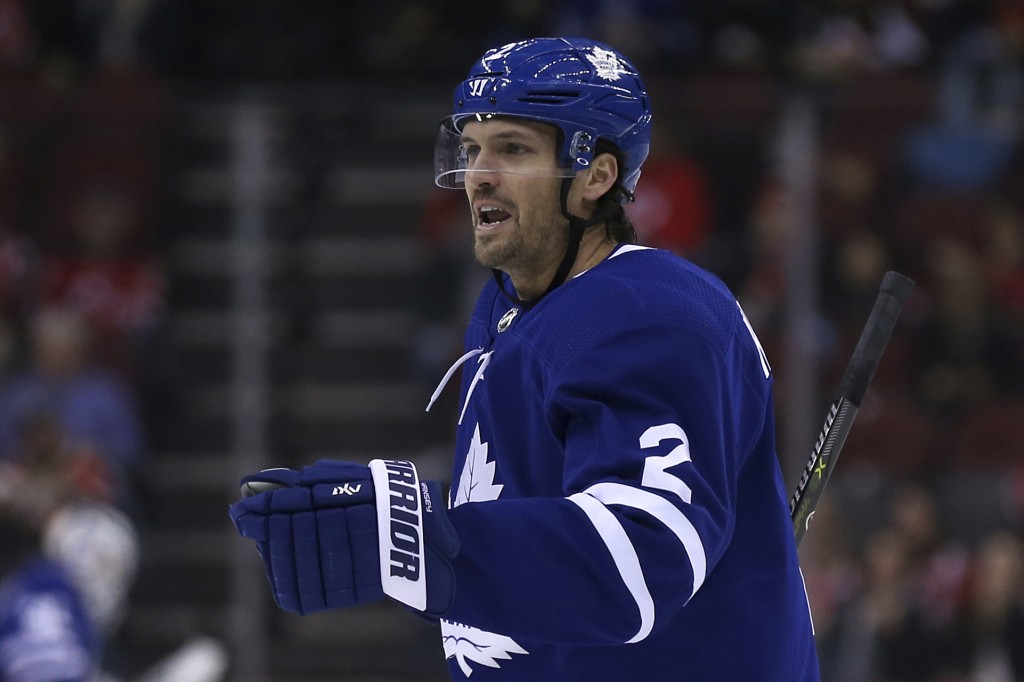 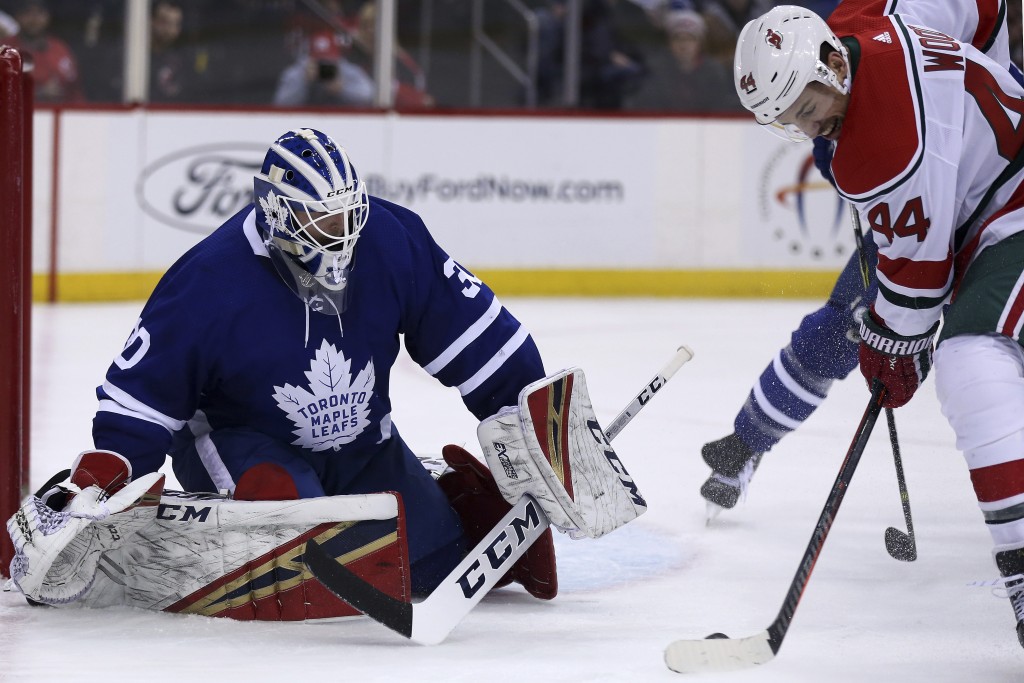 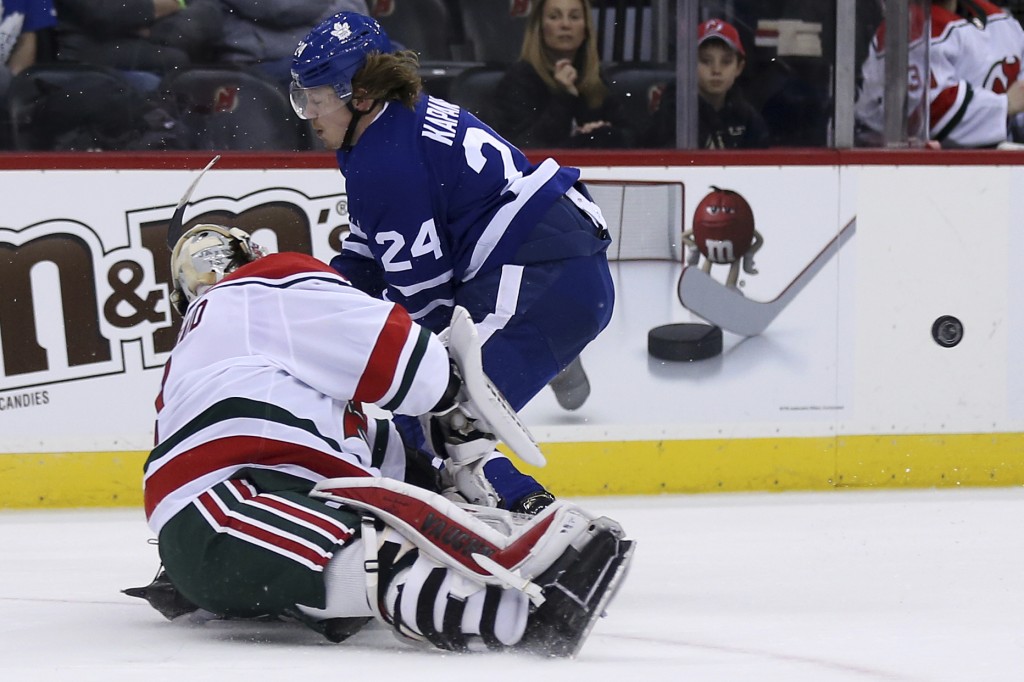 NEWARK, N.J. (AP) — John Tavares scored twice and hit the 300-goal mark for his career in leading the Toronto Maple Leafs to a 4-2 victory over the New Jersey Devils on Thursday night.

Defenseman Ron Hainsey also scored in Toronto's three-goal first period and third-string goaltender Michael Hutchinson made 27 saves as the Maple Leafs beat the Devils for the third time in as many games. Mitch Marner added an empty-net goal with 22 seconds to play

Blake Coleman and Brian Boyle scored in a 26-second span for the Devils late in the second period to get New Jersey within a goal. Keith Kinkaid made 39 saves, including two on Tavares that prevented his hat trick and 30th goal of the season.

Hutchinson, who was acquired in a trade with Florida on Dec. 29, made his fourth straight start with Frederik Anderson and Garret Sparks out with injuries. He came up big early in the third period, stopping Brett Seney in close.

The Maple Leafs outscored the Devils 13-3 in winning the first two games this season, and it looked like they were headed for another blowout after the opening 20 minutes.

Hainsey scored his first goal since Nov. 23 with a shot from the left point at 4:30. Tavares got his 300th goal less than three minutes later, lifting the rebound of Jake Gardiner's shot past Kinkaid. He would add No. 301 in the waning seconds of the period, finishing off a great play on which Mitch Marner made a cross-ice pass to Morgan Rielly and the defenseman found Tavares with another cross-ice pass for a shot into an open net.

New Jersey didn't make it a game until the later stages of the second period when Coleman and Boyle woke up the crowd at the Prudential Center. Coleman got his career-best 14th goal and third in four games, putting his own rebound past Hutchinson. Boyle scored on a shot that might have been deflected by Gardiner.

The Devils were outshot 15-3 in the third period in losing for the fourth time in five games.

NOTES: The Devils placed G Mackenzie Blackwood (lower body) on injured reserve and recalled F Kevin Rooney from Binghamton (AHL). ... Toronto's Zach Hyman had an assist in his first game after missing a month with an ankle injury. ... Reigning MVP Taylor Hall (lower body) missed his eighth straight game. ... Kasimir Kaskisuo was recalled from the AHL Toronto Marlies on emergency basis to back up Hutchinson.