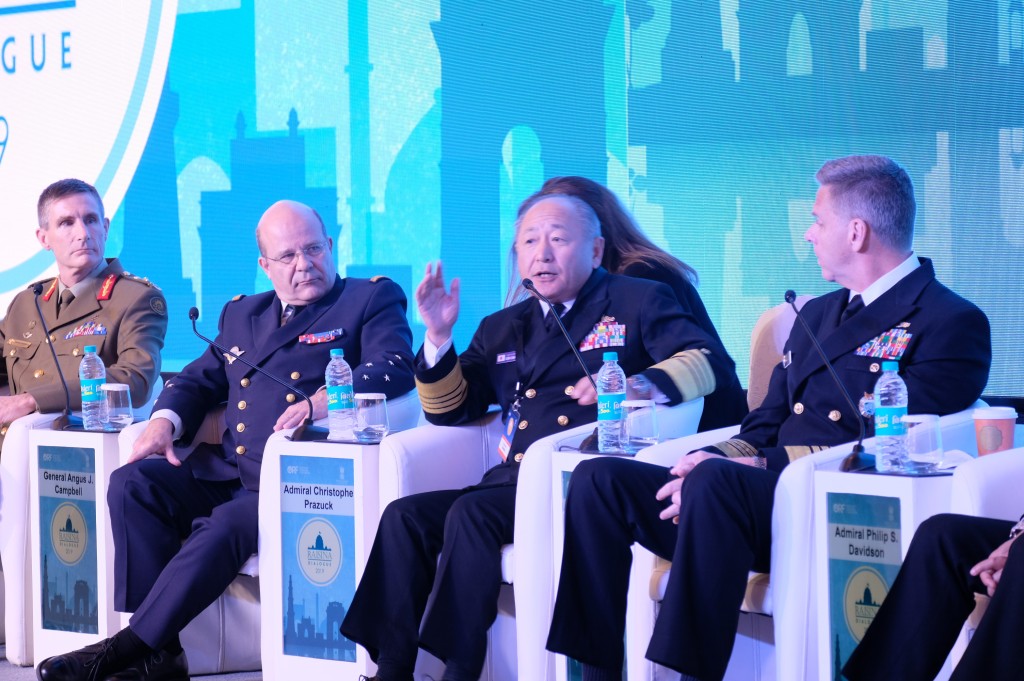 TAIPEI (Taiwan News) – The highest-ranking officer of the Japan Self-Defense Forces, Katsutoshi Kawano, voiced concern over Chinese navy actions in the Indo-Pacific at the Raisina Dialogue in India on Jan. 9, reported CNA.

Kawano summarized these moves as not conducive to regional security.

The Raisina Dialogue is an annual multilateral summit held in New Delhi, which is considered India’s most important event covering geopolitics and international economics. This year’s event included appearances by heads of state, senior officials from governments and multilateral organizations, as well as leading academics.

When asked about Chinese rhetoric and navy exercises aimed at Taiwan, Kawano said that Chinese military aircraft and vessels frequently venture into Japanese territory, and that these actions do not foster regional security. “We are concerned,” he summarized by saying.

When asked about measures to counter growing Chinese activity in the East China Sea, South China Sea, and Taiwan Strait, Kawano said that this is a political issue, and declined to answer, as he is not a politician.

Kawano said that peace and stability throughout the Indo-Pacific region is important to Japan, and that Japan hopes to improve security and wellbeing of people in the region thorough capacity building and joint military exercises.

Kawano attended the Raisina Dialogue to speak in a panel discussion on the waters of the Indo-Pacific alongside senior military officials from Australia, France, India, and the U.S.

During the panel discussion, Kawano said that Japan is in conflict with China over the disputed Diaoyu Islands, and he also criticized China for breaking international law in the South China Sea.