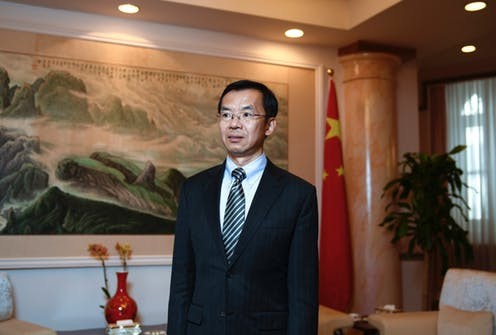 TAIPEI (Taiwan News) – On Jan. 9, the Chinese Ambassador to Canada, Lu Shaye (盧沙野), penned an op-ed article that was published in the Hill Times, in which Lu accused the Canadian government of “Western egotism and white supremacy.”

In his letter, Lu complains about the actions of the Canadian government in regards to the arrest of Meng Wanzhou, a dual Chinese-Canadian citizen in Canada, and Ottowa’s reaction to Beijing’s December arrests of two Canadian citizens in China.

In an effort to manipulate Canadians’ sensitivity towards being called racist, Lu insinuates that the Canadian government does not respect Chinese people, or the “judicial sovereignty” of the Chinese government acting within its own borders.

Lu observed that when Meng, the CFO of Chinese telecom giant Huawei, was arrested in Vancouver on Dec. 1 last year, Ottowa asserted they were “a country of laws” and acting in accordance with “judicial procedure” in response to Chinese protestations.

However, from Lu’s view, when the Chinese government arrested two Canadians, Michael Kovrig and Michael Spavor, on allegations of endangering China’s national security, and Canada asked for their release, Lu perceived some inherent disrespect for China in the Canadian response.

“In the case of detention of Canadian citizens in China who violated China’s law, those (Canadian) elites completely dismissed China’s law and presumptuously urged China to immediately release their citizens. It seems that, to those people, the laws of Canada or other Western countries are laws and must be observed, while China’s laws are not and shouldn’t be respected.”

Lu also admits in his letter that Huawei is forced to collaborate with the Chinese government, which many people across the world have begun to recognize as a serious threat to national security.

To rebut those assertions, Lu mentions a variety of Canadian and U.S. intelligence programs, and asks “What’s the logic?” behind referring to such programs as “safeguarding national security” when done by liberal democracies, and “conducting espionage” when done by an autocratic communist regime.

In his grandiose conclusion, the Ambassador of China reasons that “China’s self-defense is an offense to Canada,” and closes with the following.

“The reason why some people are used to arrogantly adopting double standards is due to Western egotism and white supremacy. In such a context, the rule of law is nothing but a tool for their political ends and a fig leaf for their practicing hegemony in the international arena.”

Such presumptuous and ill-considered remarks from the Chinese Ambassador to Canada are likely to further deteriorate the already strained relations between Ottawa and Beijing.

The Ambassador’s full letter can be read on the Hill Times. 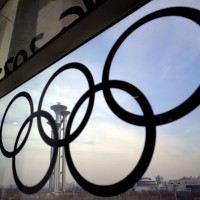 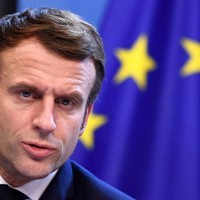