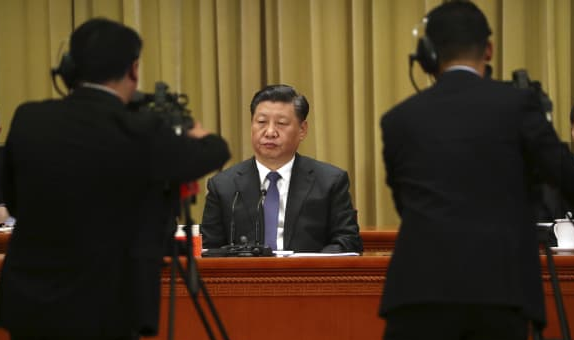 KAOHSIUNG (Taiwan News) -- As the dust settles on the latest "make or break" moment in cross-strait relations, it appears that the Chinese Communist Party (CCP) leader Xi Jinping’s speech about Taiwan had exactly the opposite effect of what he likely intended.

With the DPP reeling after their big defeat in the nine-in-one elections in November, CCP friendly mayors now in office in a number of cities across Taiwan, and President Tsai forced to resign as chair of her party amid mounting pressure and plunging polls, it was assumed that Xi would use the speech to push home the advantage currently held by pro-unification advocates in Taiwan.

Perhaps he would have something new to say about the issue? Perhaps he was willing to make some concessions in order to tempt more Taiwanese to support unification?

If that really was his intention, then he misjudged his big moment badly because the speech has had precisely the opposite effect. His lengthy speech offered absolutely nothing to the people of Taiwan and it had nothing new to say about cross-strait relations. It was little more than a mixture of lies, threats, and outright fantasy.

The emphasis placed on the so-called "1992 consensus" was laughable. It is now universally recognized (outside Communist China and certain KMT party offices at least) that this "consensus" is nothing more than a work of fiction.

The KMT legislator who coined the term, Su Chi (蘇起), has admitted many times that he made it up in 2000. Whatever discussions did take place between the KMT and Communist China in 1992 certainly didn't include any agreement on the so-called "One China, Two Systems" model so lauded by the CCP.

Any discussion that took place at that time were not undertaken on behalf of the Taiwanese people either. The KMT was still ruling Taiwan as a single-party military state in 1992. Modern Taiwan is a long way from the Taiwan of that era. People in Taiwan today are increasingly skeptical of the "One China, Two Systems" model and people only have to look at the damage the CCP is currently wreaking in Hong Kong to understand why.

Yet for Xi and the CCP, this fictional consensus is still the bedrock of relations between the two countries.

Xi also did not take the opportunity to renounce the use of military force to conquer Taiwan either. Such a move could have given the impression that CCP ambitions towards Taiwan were friendly and brotherly. Instead, his decision to double-down on the threat of a military invasion betrays the hostile truth behind the CCP’s territorial claims over Taiwan.

If anyone wants to know how Taiwan will be treated under Chinese occupation, they only have to look at the fearful unease of the political situation in Hong Kong and the horrors currently being wrought on the innocent indigenous population of Xinjiang, where more than a million people remain incarcerated in concentration camps.

Far from wanting to build peaceful relations with their brothers and sisters in Taiwan, the CCP's only aim is conquer this island. All Xi Jinping’s speech served to do was to re-emphasize this hostile ambition. Who was Xi speaking to in his address?

For all his negative characteristics, Xi Jinping is not a fool and he must have been aware that a speech of this nature wouldn’t play well with many Taiwanese people. So, why did he deliver it?

The obvious answer is that the intended audience for this speech was not Taiwan at all, but a domestic audience inside China.

From our vantage point in a free and democratic Taiwan, it is easy to underestimate the extent to which the Chinese people have been conditioned by their Communist regime to believe that Taiwan is the property of China. The majority of Chinese people have lived their entire life under the CCP. They only see CCP-approved media. They were educated in CCP propaganda. They have been conditioned their entire lives to believe that Taiwan is part of China and that those who suggest otherwise are a threat to China.

So, for Xi, banging the drum over unification with China is an easy way to strengthen public support for the Communist Party. His nationalist rhetoric over Taiwan will always go down well at home and, needless to say, anyone who contradicts him inside China will be dealt with swiftly and brutally. A rousing nationalistic call to see in the New Year and remind the Chinese people that he is the man to unify Taiwan and China is the obvious way to interpret his New Year’s speech. Opting to deliver such a missive also suggests that Xi has now all-but given up the notion of trying win over the people of Taiwan though a "hearts-and-minds" campaign. All CCP efforts to sell the positives of integration with China have backfired with public opinion on the issue growing more and more pro-independence in recent years.

By delivering such outright threats to Taiwan, Xi is essentially abandoning this former approach and instead simply laying down the gauntlet. He is telling Taiwan that China will seize power there and it can be done peacefully or violently.

Such threats will play well in China, but Xi must have known they would go down like a lead balloon in Taiwan. But perhaps he didn’t realize quite the impact that his speech would have within Taiwan.

The effect it had is a result, in no small part, to an extremely prompt and effective response to Xi's address from President Tsai. Rather than offering the usual "softly-softly" response usually seen in response to such CCP provocation, Tsai came out all guns blazing and the Taiwanese people loved it.

“Taiwan does exist and is in full operation like all other democratic countries,” she thundered in her press briefing after Xi’s speech, before accusing the CCP of a "deliberate campaign to undermine and subvert our democratic process and create division in our society."

In a subsequent tweet, she added, “as the democratically elected president of this country, my most important responsibility is to defend our democratic values and way of life.”

The impact of her forceful comments was almost instantaneous. Social media went into overdrive and subsequent polls on Tsai’s leadership saw her approval ratings rise dramatically.

Other polls shows that an increased number of people in Taiwan strongly oppose integration with China, and oppose the "One China, Two Systems" model, as well as the so-called "1992 Consensus."

It was a timely boost for Tsai and the DPP and could be the boost she needs to put her re-election campaign back on track. It also reminded people that, while they may not be happy with some DPP policies, the reality of a KMT-Government which could hand Taiwan over to this hostile foreign regime is considerably worse.

Now that the dust has settled, it is clear that Xi’s speech hasn’t changed anything in day-to-day cross-strait relations. But in both China and Taiwan, it does appear to have managed to embed two very different popular opinions.

In China, people will now be more confident that the CCP will conquer Taiwan, by force if necessary. Meanwhile in Taiwan, people are increasingly certain that they will have to do whatever it takes to prevent the nightmare of an occupation by Communist China.