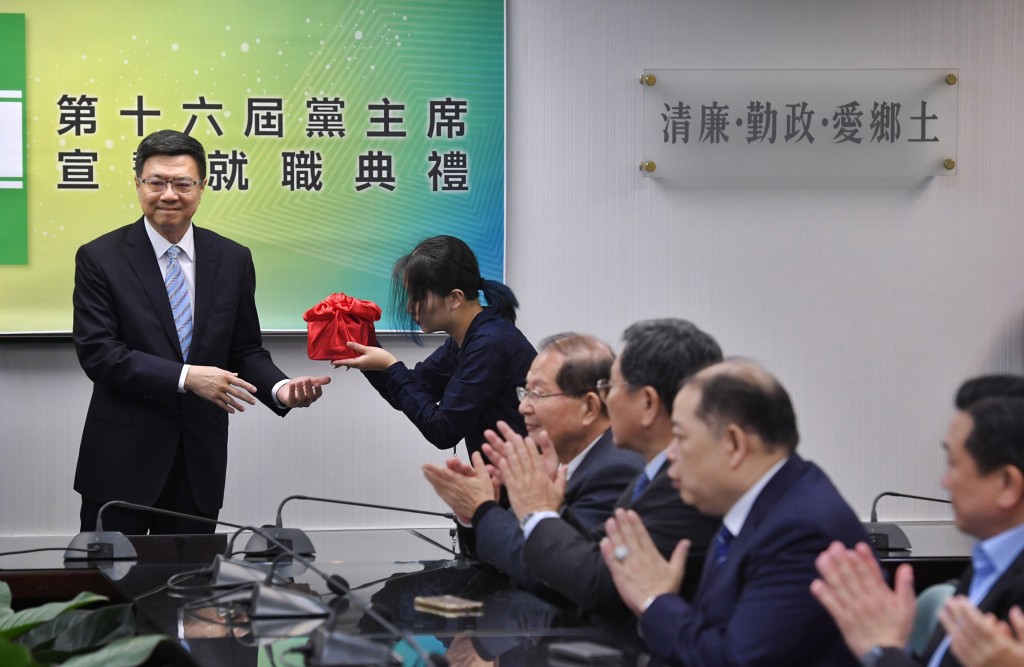 Tsai Ing-wen stepped down as DPP chairperson after defeats in last year’s nine-in-one local elections, which saw a landslide victory for the Kuomintang (KMT) and many former DPP strongholds handed over. Tsai was temporarily replaced by Keelung mayor Lin Yu-chang (林右昌).

The results of the party chair by-election were announced on Jan. 6, and Cho beat off rival You Ying-lung (游盈隆) with 72.6 percent of the vote.

The DPP’s central advisory committee held the 16th chair handover ceremony this afternoon, CNA reports. The ceremony was completed under the supervision of party arbitration commission chairman Chang Cheng-hsiung (張政雄), and Cho was given the official seal of approval by Lin.

Upon his abdication, Lin thanked Cho for shouldering the burden of the recent arduous times for the DPP. He said he believes the people will regain trust in the party under Cho’s leadership.

During his speech, Cho said the past 43 days had been some of the most difficult for the DPP. He thanked all member for their continued support in overcoming the Nov. 24 defeat, but said the day, on which they were almost overwhelmed, ought not to be forgotten.

Cho commented that while the party must remember the ideology and spirit it was built on, it needs to be progressively reformed, taking new political developments into account, to ensure citizens of Taiwan can continue to live a happy and peaceful life.

The new chairman said if party reformations are unsuccessful, the people will lose faith in the DPP. “Let’s start working!” he exclaimed at the end of his address.