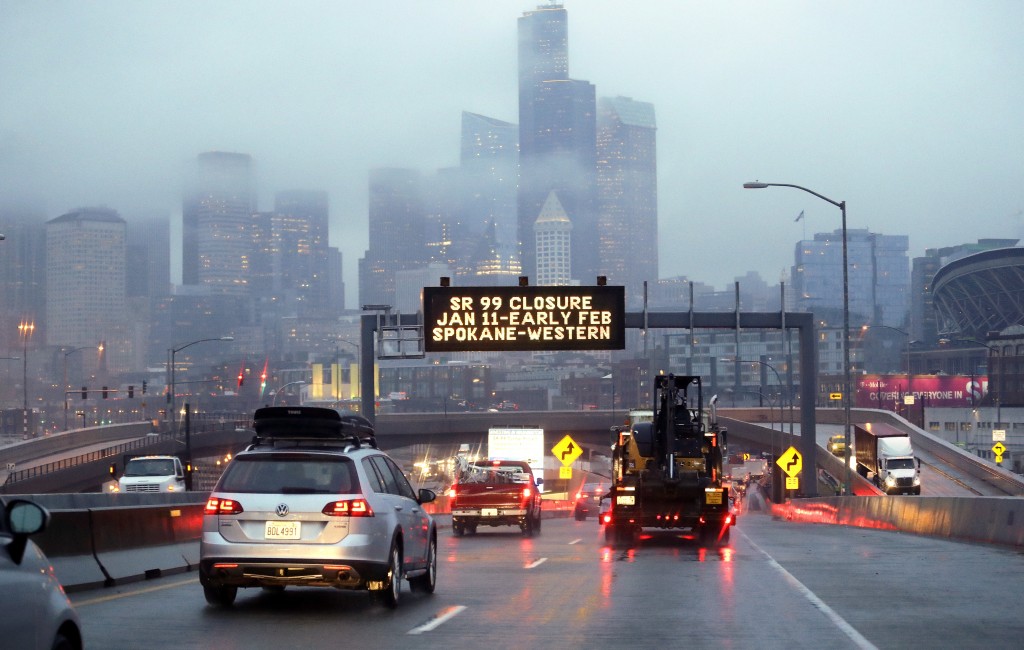 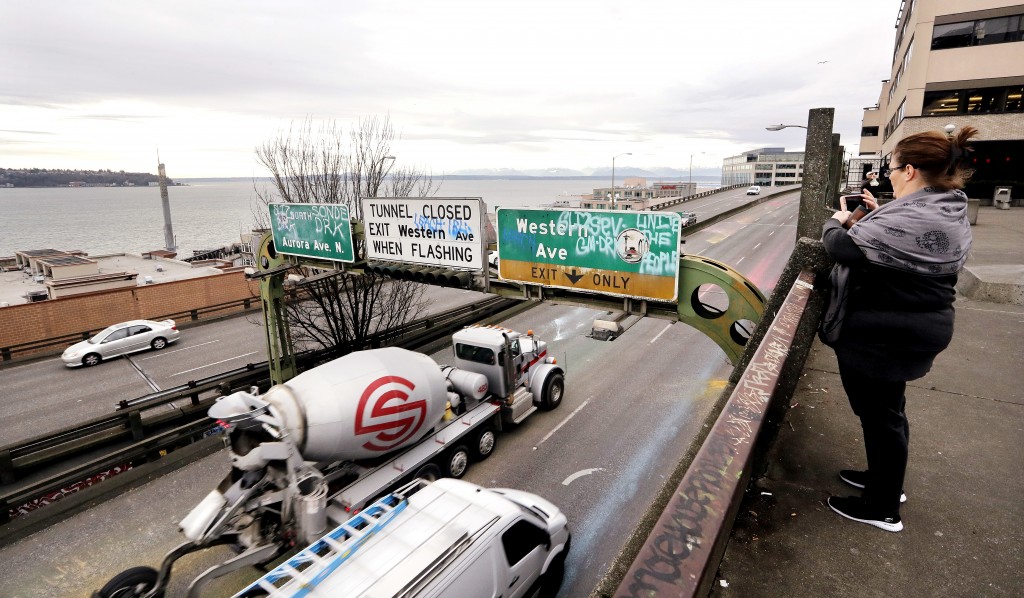 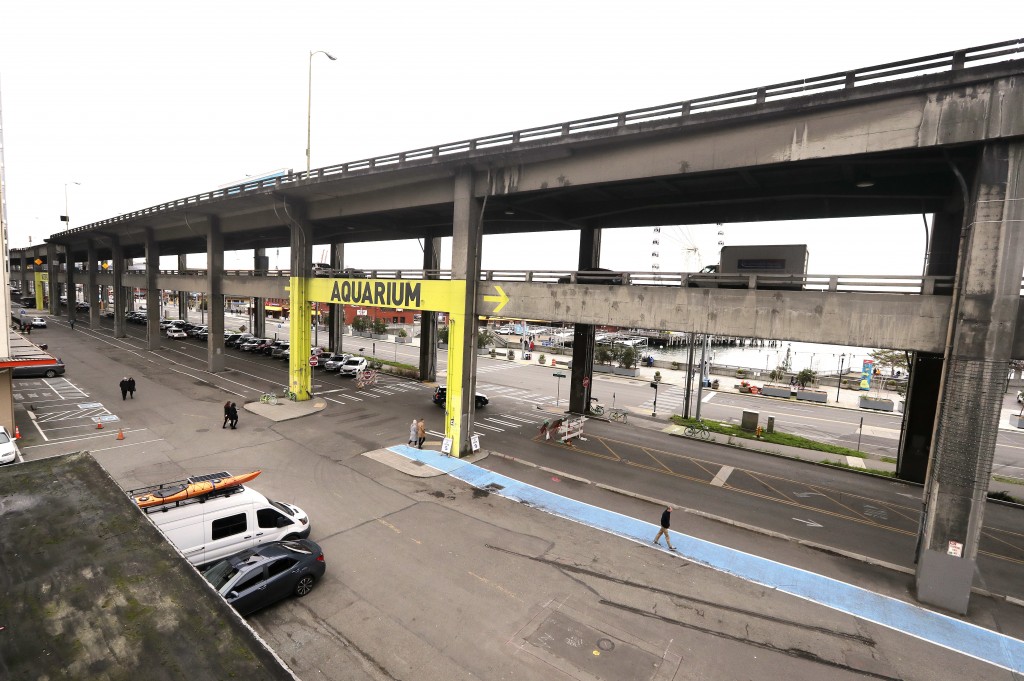 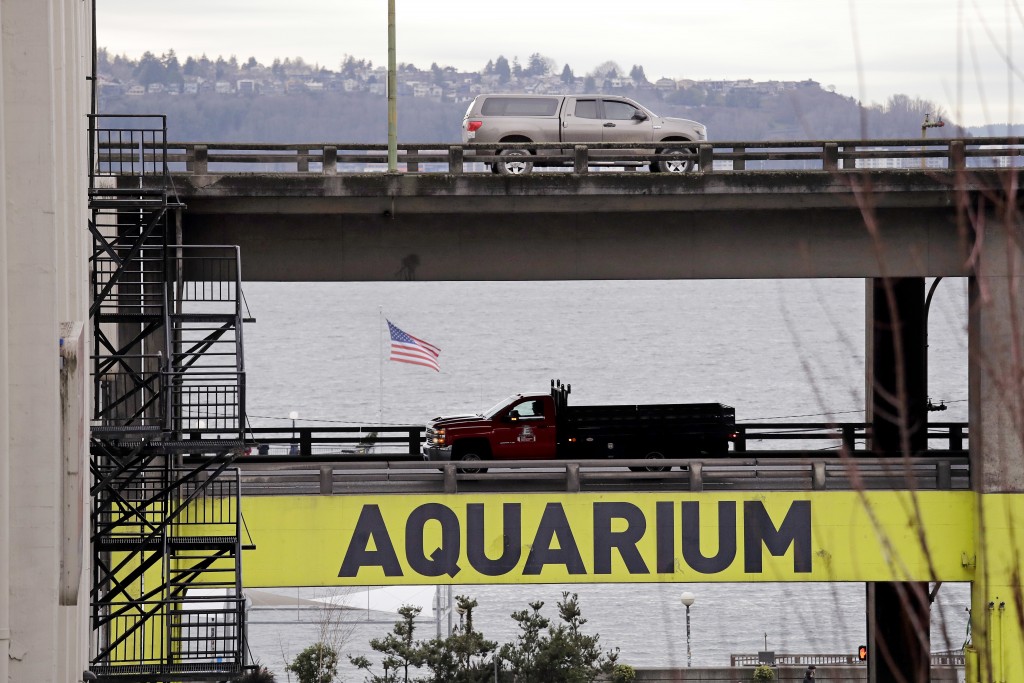 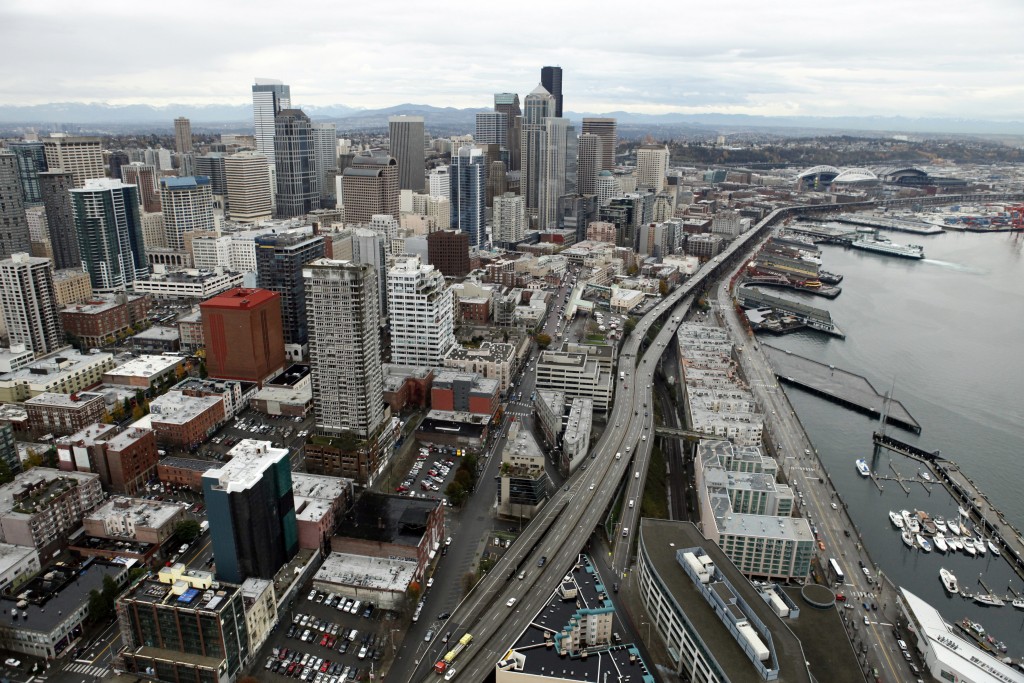 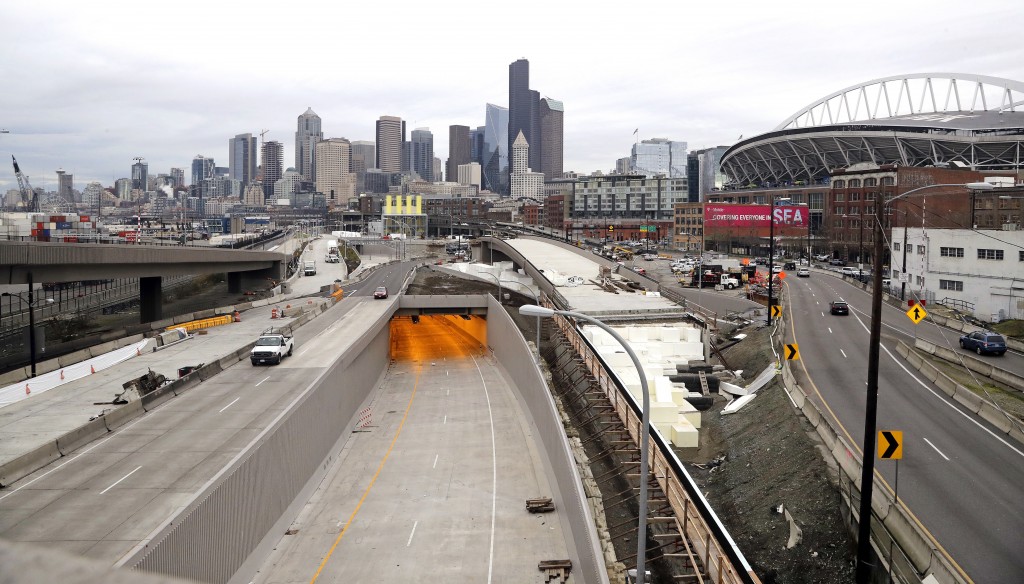 SEATTLE (AP) — A major thoroughfare for commuters along downtown Seattle's waterfront is set to shut down for good Friday, ushering in what officials say will be one of the most painful traffic periods in the history of the booming Pacific Northwest city.

The double-decker, 2.2-mile (3.5-kilometer) Alaskan Way Viaduct, which carries about 90,000 vehicles each day, will be replaced by a new four-lane tunnel.

But the tunnel won't open until about three weeks after the viaduct closes as workers realign the highway into it. A mélange of other construction projects will further constrain traffic in the hilly city surrounded by water, already known for its population growth and traffic woes.

Washington's transportation agency on its website has a clock counting down to the viaduct closure , which it says will be the longest major highway closure the Puget Sound region has ever seen.

The weekslong period between the viaduct's closure, scheduled for 10 p.m. Friday, and the state Route 99 tunnel opening is already being dubbed the "Seattle Squeeze," according to Heather Marx, director of Downtown Mobility for the Seattle Department of Transportation.

"It is dramatic. Everyone traveling in the region will be impacted," Marx said, referring to people going to and through the Seattle metropolitan area.

City, King County and state officials have been working to mitigate the headaches sure to plague anyone caught unprepared.

Seattle school bus drivers will start their days earlier, and officials are advising commuters to work from home or adjust their work hours if they can. Those who can't are being asked to walk, bike, join a carpool or use transit including buses, light rail or water taxis — all to avoid driving solo into downtown during peak commute times.

Tad Donaghe, of West Seattle, usually travels by bus to his downtown job at Nordstrom but has worked out an alternate route involving light rail and water taxi to avoid the anticipated crush of drivers switching to buses during the closure.

"I tried out my #Viadoom commute tonight," he tweeted Monday, using a popular hashtag related to the closure.

Donaghe told The Associated Press that route was relatively "lovely," and although it will cost more and may take longer than the 80 minutes it took Monday, his employer pays for his transit so he doesn't mind.

"No matter what, it was infinitely nicer than if I had driven home," Donaghe said. "I quit driving for a commute because mass transit is infinitely less stressful."

The growth of tech giant Amazon and a population boom has spawned an abundance of construction in the Seattle area in recent years with new housing, light rail expansion and infrastructure development already straining commuters' patience. Once the tunnel opens, removing the viaduct will take months, which will be followed by the creation of a new downtown waterfront area. Large private projects also in the city's core include the renovation of a sports arena that will host professional hockey and an addition to the Washington State Convention Center.

"We've added 85,000 new people to the county in just the last two years, so these are the kinds of public spaces and destinations and mobility we need to support our growing region," Meghan Shepard, with Seattle's Transportation Department, said in a city video posted on YouTube.

Seattle Mayor Jenny Durkan recently announced legislation that would complete funding of the new waterfront area, which includes 20 acres (8 hectares) of public spaces and an elevated pathway connecting the waterfront to the historic Pike Place Market and downtown.

"After the many years of tunnel construction, the viaduct will finally be coming down, and work on the waterfront of the future will begin," Durkan said in a statement.

The viaduct was built in 1953 and weakened in a 2001 earthquake. While it was repaired and strengthened, the aging roadway remained vulnerable to earthquakes. City and state officials and others battled for years over how best to replace it, with the tunnel plan, now estimated at $3.3 billion, chosen by former Gov. Chris Gregoire and state lawmakers in 2009.

The tunnel, designed to withstand roughly a magnitude 9 earthquake off the coast of Washington state, it is set to open three years behind schedule. Lawsuits involving Seattle Tunnel Partners, its insurance companies and the state transportation agency over delays and cost overruns are expected to play out for years.

The tunnel will be free to use when it opens, with tolling starting as soon as this summer.

With the viaduct closure looming, the city has staffed a transportation operations center 24/7 to observe roadways in real time and make changes that can help traffic flow more smoothly, Marx said.

Traffic engineers, for example, will be able to adjust traffic signal timing and send out additional buses that will be staffed and on standby. More buses in general will be deployed, and a public water taxi service from West Seattle to downtown will run more often. Drawbridges around the city will stay closed to vessels longer.

And on Interstate 5, which runs through the city, the state will convert a carpool lane to general traffic and will stage more incident-response vehicles.

"This is just going to be a time where people who have flexibility to work from home or to take the bus outside of peak times, this is when those choices are going to make a difference for other people who don't have that flexibility," Marx said. "If we're all paying attention to how much space we're taking up and making those decisions ... that's what's going to see us through."