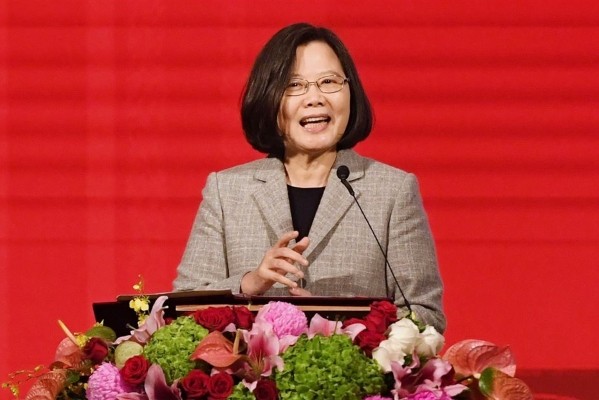 TAIPEI (Taiwan News) -- In response to controversy over whether the government would offer NT$40 billion (US$1.29 billion) in subsidies or tax cuts to lower and middle class workers in Taiwan, Tsai yesterday posted an announcement on Facebook that those earning less than NT$30,000 per month will be exempt from taxes this May.

In a speech delivered on New Year's Day, Tsai mentioned the new increases in the minimum monthly and hourly wages and said that those who earn monthly salaries of NT$30,000 or less would be exempt from paying personal income tax.

She also said that because of the strong economic growth over the past two years, the government has accrued a surplus in tax revenues and indicated that her administration is looking into ways of "making low-income citizens a priority in enjoying the benefits of economic growth."

On Sunday (Jan. 6), Apple Daily cited a senior Cabinet official as saying Tsai was calling for NT$40 billion in bonuses for low-income earners, benefiting an estimated 3 million with "red envelopes" as the Lunar New Year approaches, with the average amount per person possibly reaching NT$10,000. The official reportedly said the subsidy fund amounts to NT$40 billion and an estimated 600,000 "low-and middle-income households" which take in less than NT$30,000 per month.

However, on Tuesday (Jan. 8), Cabinet spokeswoman Kolas Yotaka at a press conference said that no final decision had been made and there were "many misunderstandings" on the part of the media. Also at the press conference, Vice Premier Shih Jun-ji (施俊吉) denied media reports that there was a plan in place to provide a subsidy of NT$10,000 to those who earn less than NT$30,000 per month.

On a Facebook post uploaded on Tuesday night at 11 p.m., Tsai responded to the controversy over the possibility of subsidies by emphasizing that tax cuts have already been put in place for young people. She wrote that when taxes are due in May of this year, several changes will take effect including:

This means that those who make less than NT$408,000 per year or NT$30,000 per month will not need to pay personal income taxes.

2. Families of four with two children under the age of five will be exempt from tax if their annual income is less than NT$1,232,000.

"Helping to pull young people up, doing is more important than talking. We know that we can never do enough, but we we will keeping doing it."