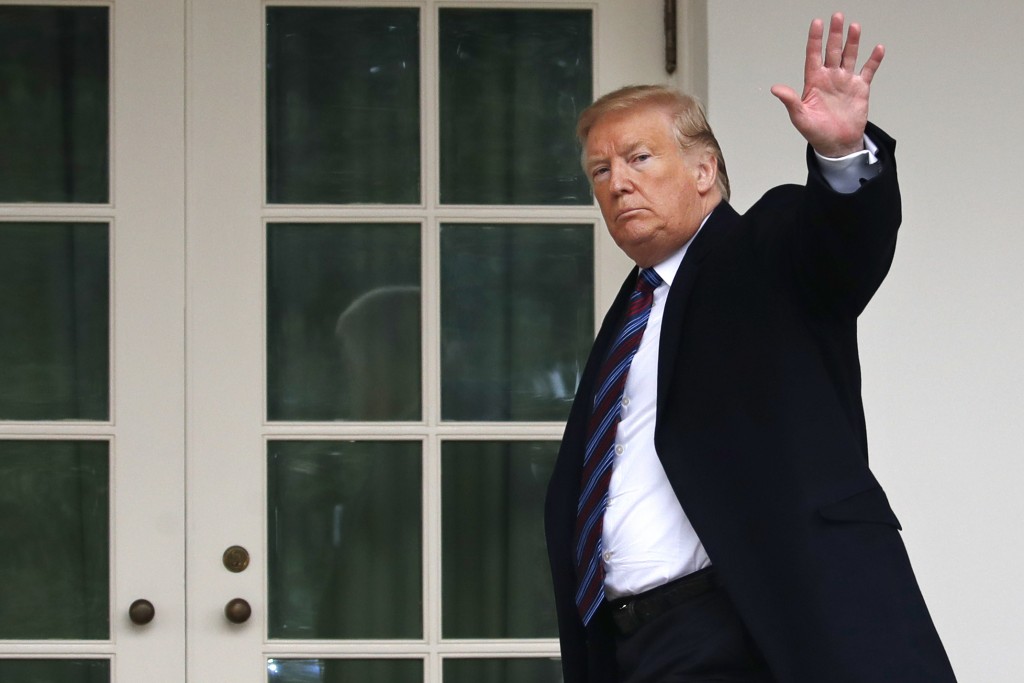 Where the investigations related to President Donald Trump stand and what may lie ahead for him:

Special counsel Robert Mueller is looking into whether the Trump campaign coordinated with Russia and whether the president obstructed the investigation. Trump also plays a central role in a separate case in New York, where prosecutors have implicated him in a crime. They say Trump directed his personal lawyer Michael Cohen to make illegal hush-money payments to two women as a way to quash potential sex scandals during the campaign.

WHAT DO I NEED TO KNOW TODAY?

A court filing Tuesday says former Trump campaign chairman Paul Manafort shared polling data during the 2016 presidential campaign with an associate accused of having ties to Russian intelligence and lied to federal investigators about it.

It's the first time prosecutors have accused Trump's chief campaign aide of sharing information related to the election with his Russian contacts.

Although the filing does not say whether the polling information was public or what was done with it, it raises the possibility that Russia might have used inside information from the Trump campaign as part of its effort to interfere with the election on Trump's behalf.

In another development, Natalya Veselnitskaya — a Russian lawyer who attended the Trump Tower meeting that is a focus of the special counsel's investigation — was charged with obstructing an unrelated tax-fraud case, federal prosecutors in New York said.

The indictment is unrelated to Russian election interference, but it illustrates Veselnitskaya's close ties to the Russian government. And it renews questions about the circumstances of the 2016 Trump Tower meeting, which also was attended by Donald Trump Jr. and Trump son-in-law Jared Kushner.

Mueller has focused on the Trump Tower meeting and called some participants before a federal grand jury.

There is also evidence that some people in the president's orbit were discussing a possible email dump from WikiLeaks before it occurred. American intelligence agencies and Mueller have said Russia was the source of hacked material released by WikiLeaks during the campaign that was damaging to Clinton's presidential effort.

—WHAT DOES TRUMP HAVE TO SAY ABOUT ALL THIS? Trump has repeatedly slammed the Mueller investigation as a "witch hunt" and insisted there was "NO COLLUSION" with Russia. He also says his now-former lawyer, Cohen, lied to get a lighter sentence in New York.