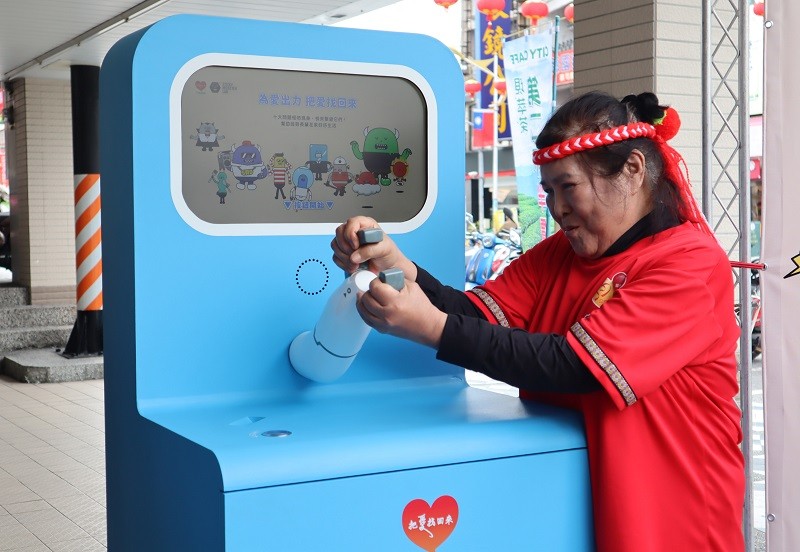 TAIEPI (Taiwan News) – Ten creative public donation interactive machines, designed to engage the contributor and the machine in an arm wrestling match, are currently on a convenient store tour around Taiwan, and on Tuesday they arrived at the last stop of their tour—Hualien, according to a Central News Agency (CNA) report.

The ten interactive machines, which were designed in the shapes of ten different popular dolls, were jointly launched by four charity organizations and 7-ELEVEN for the benefit of poor and lonely old people, CNA reported.

Members of the public have to insert coins or bills into the slots of the machines in order to initiate an arm-wrestle match with the machines, and if they defeat the machines, they will be awarded a special “sticky monster” card, the report said.

Since December last year, the 10 machines have toured Taipei, Taichung, Chiayi, and Kaohsiung, having attracted more than 50,000 people to contribute. The last stop in Hualien will last through Jan. 13, the report said.