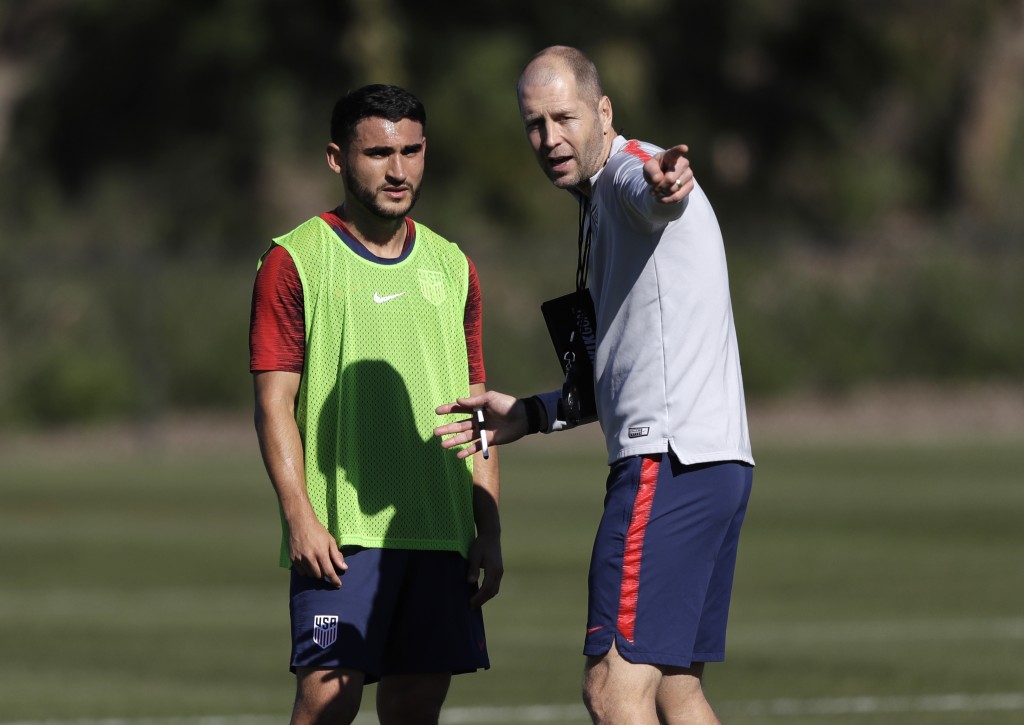 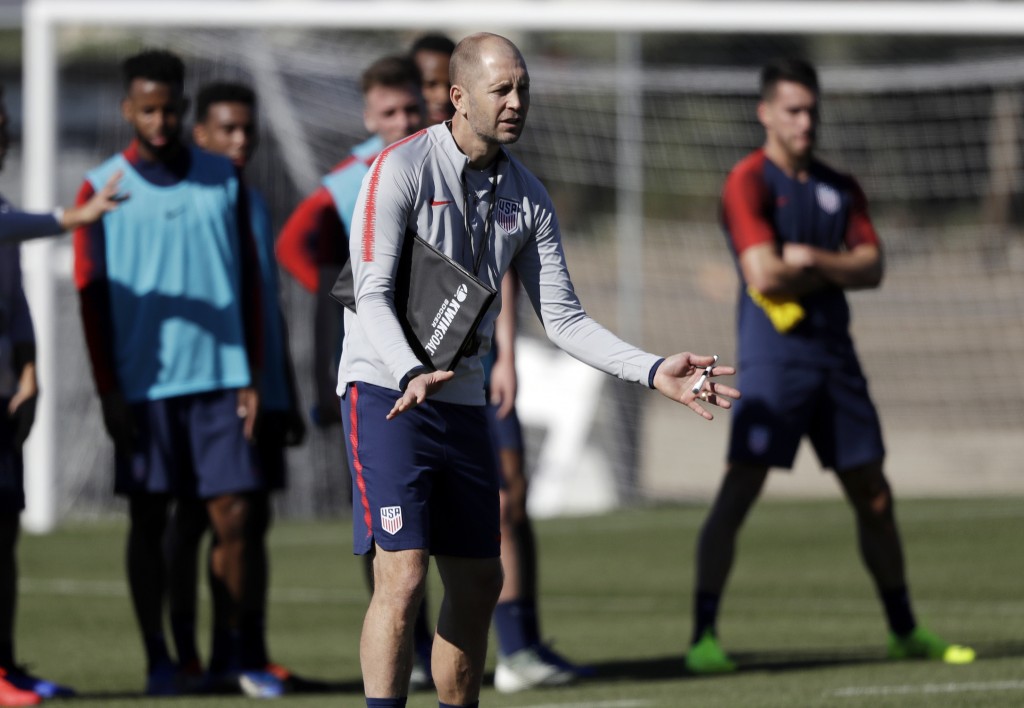 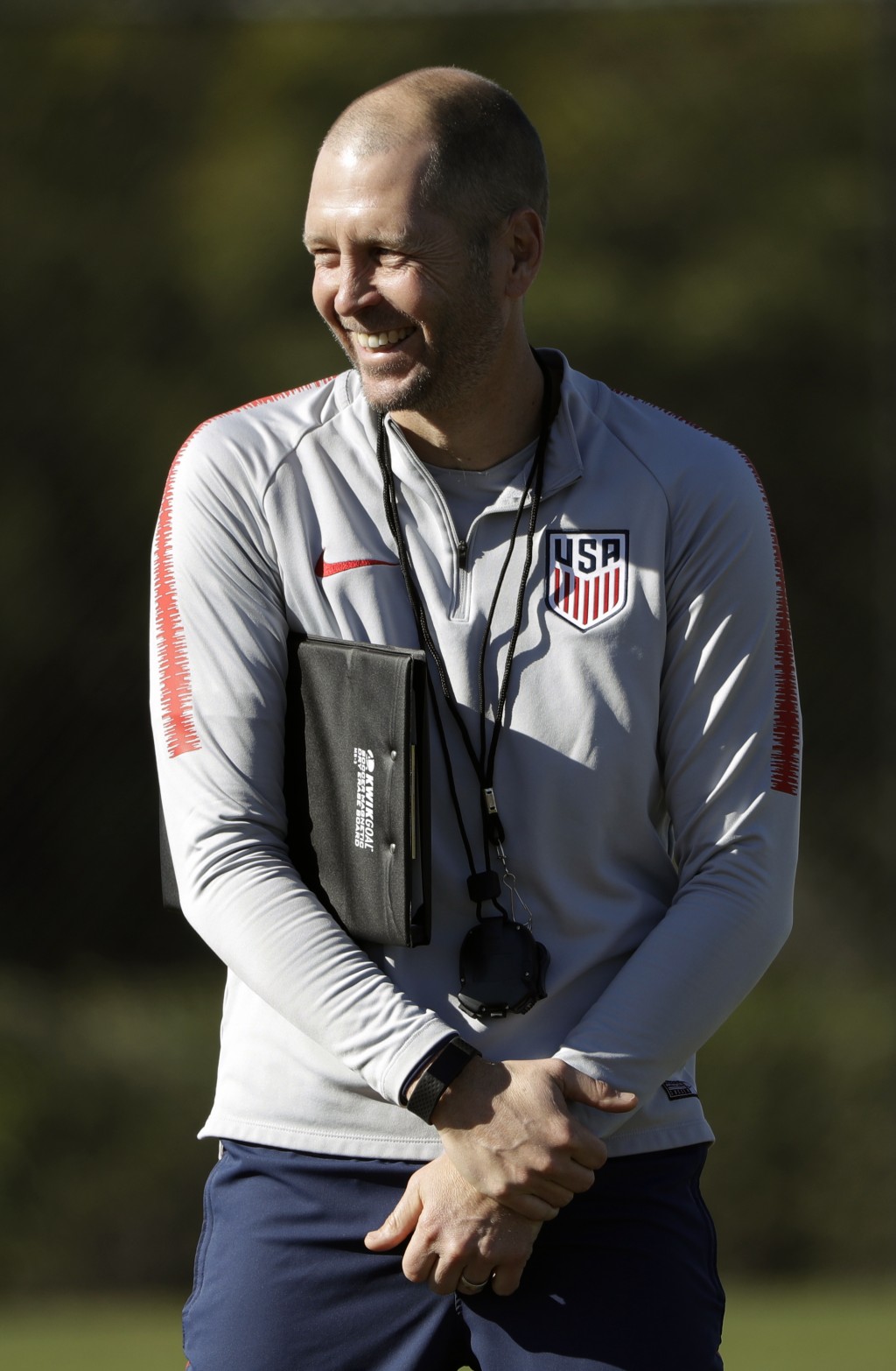 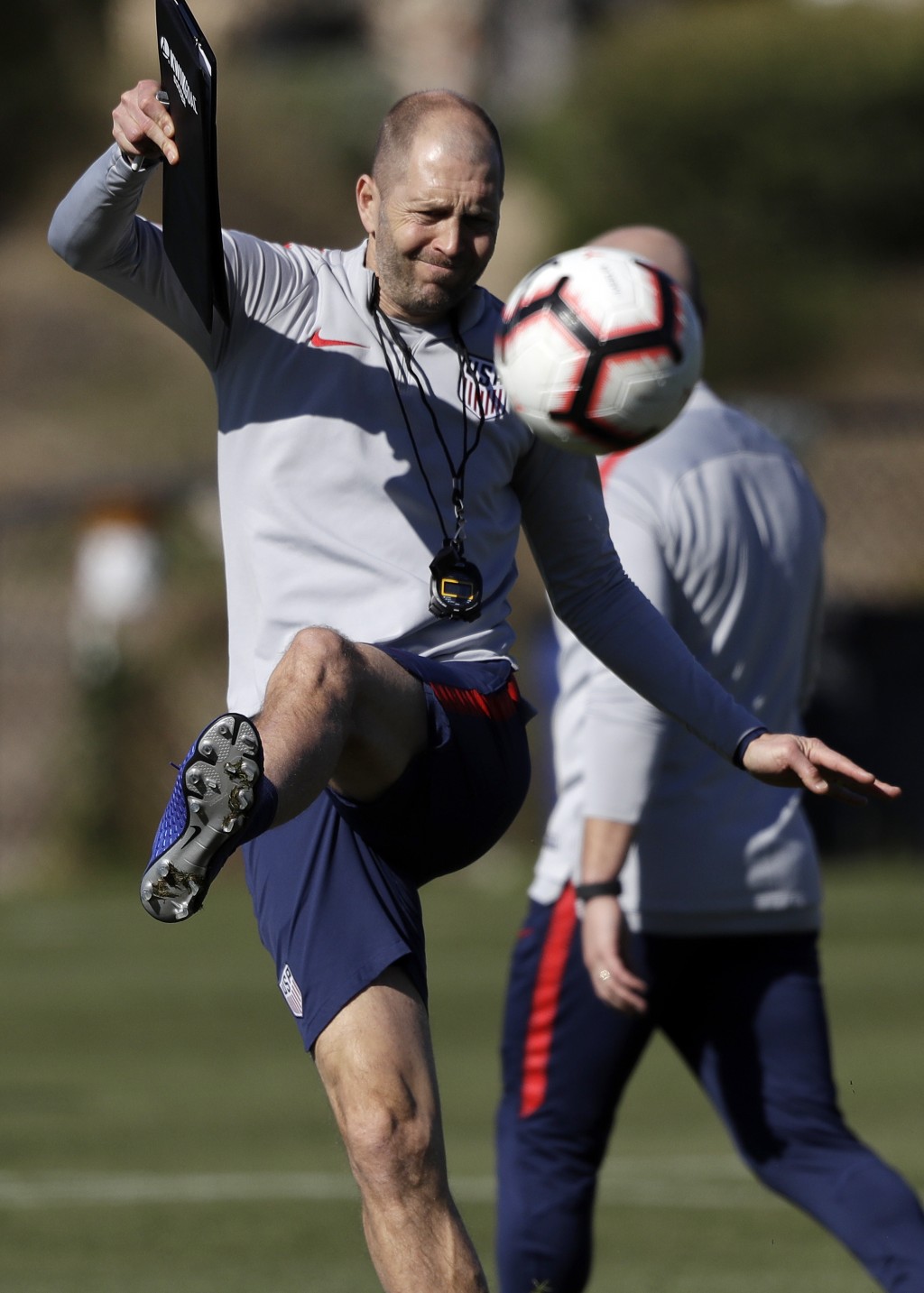 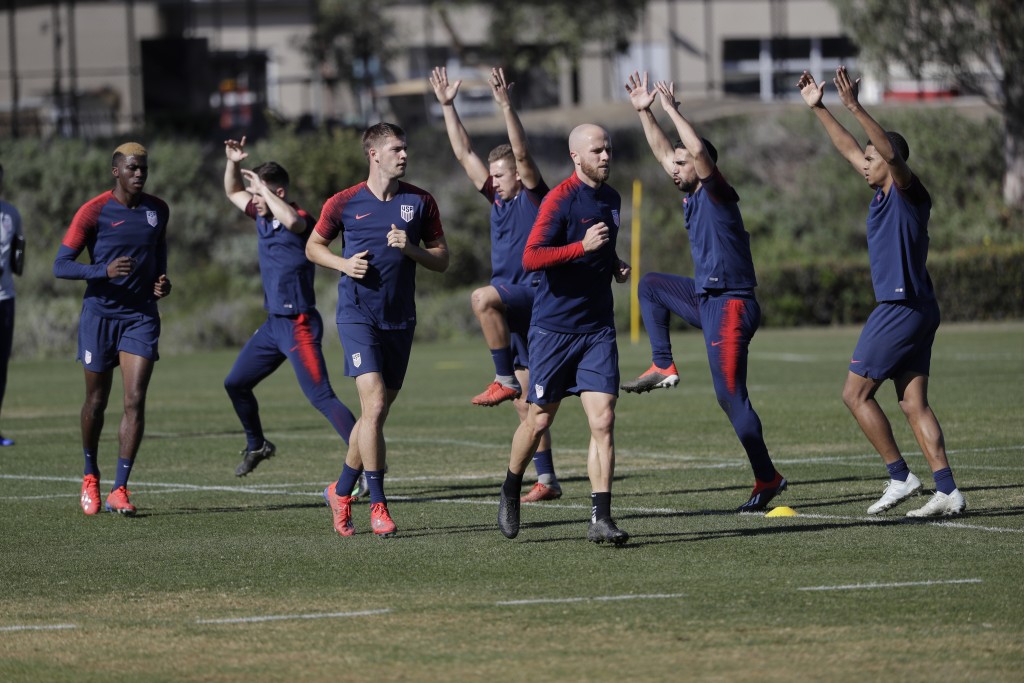 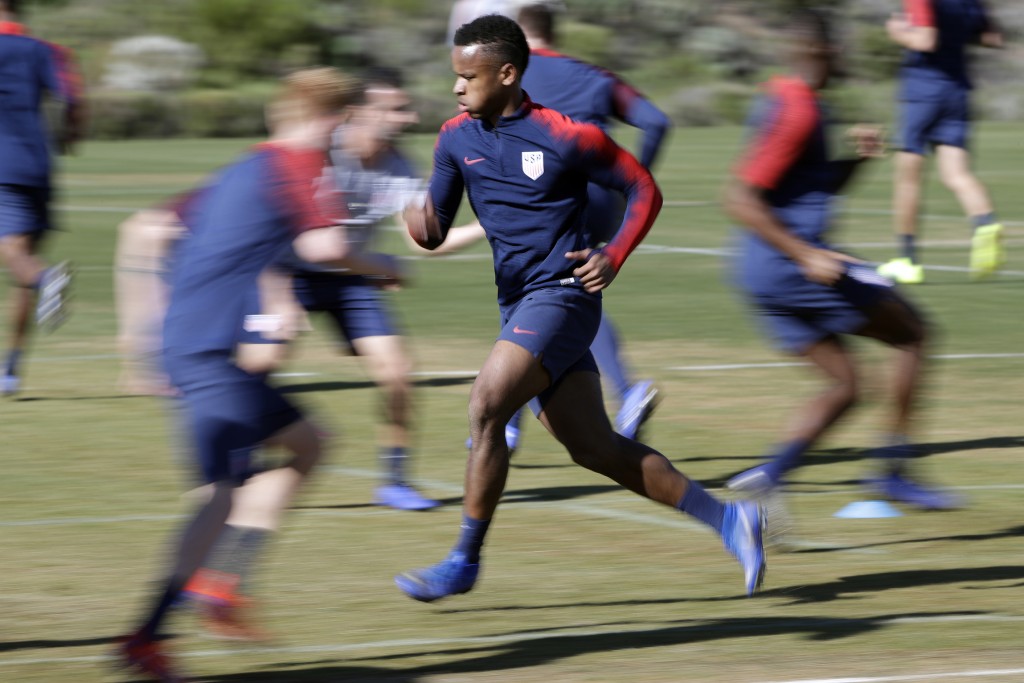 CHULA VISTA, Calif. (AP) — New coach Gregg Berhalter is taking the U.S. national team back to all sorts of basics during his first training camp.

Along with elementary strategic sessions and conditioning work, Berhalter's plan extends to rather basic accommodations: The 28 Major League Soccer-based players who participated in Berhalter's first practice Monday are living in dormitory-style group apartments at a training center south of San Diego for more than two weeks.

"I think it's a great environment to foster one of the main objectives of our camp, and that's team-building," Berhalter said after the workout in postcard-perfect Southern California sun. "We're here. We're going to be together here. It's an intensive period, but I think it's a focused period. We're going to get quality time together as a team."

The U.S. team had conducted its annual January camp in Carson, California, since 2004, with the players staying in hotels and commuting to their training complex just south of downtown Los Angeles. Berhalter elected to move the event 2 1/2 hours south to another well-maintained training complex in this tidy suburb within sight of the U.S.-Mexico border.

The players don't seem fazed by their accommodations, and they're intrigued to learn about the new boss' plans for World Cup qualification and everything in between.

"You've got to learn as much as you can as quick as you can," said Paul Arriola, the attacking midfielder and Chula Vista native. "As much as Gregg is learning about us and trying to fit us all together, we're trying to do the same with him and his style of play. I think we have a great group here that believes in why we're here and what we're going to do."

Berhalter was formally hired last month after 14 months of team limbo since Bruce Arena's departure. The New Jersey native is the first American to coach the national team after playing for it at a World Cup, but the 45-year-old European coaching veteran and analytics maven also represents a break from the team's recent leadership.

Berhalter got his players' attention with a strong introductory speech Sunday, delivering his priorities and goals for the months and years ahead.

The longtime Columbus Crew coach said he "very clearly laid out the objectives of this training camp, which are team building, team culture, a style of play and competing."

"We had a competition in training (today)," he added. "We're going to continue to chart the competition in training and take results of who's winning these games. Competing is a very big part of our business. But so is building the style of play, and then team cohesion. So we laid out the objectives, but we also talked bigger picture about what we want to be, and who we want to be as a group, and what our mission is."

The broader mission is to atone for the embarrassment of failing to qualify for last year's World Cup, but the success of that quest sits within the day-to-day details of building a better team. Few coaches pay more attention to detail than Berhalter, according to the players who know him.

Only MLS-based players can attend this camp, which falls outside a FIFA international window. The leading veteran is Toronto's Michael Bradley, whose 142 appearances for the U.S. are five more than the rest of the camp roster combined.

"What I would say is Gregg is into it," explained Bradley, who trained alongside Berhalter as players in 2006 during Bradley's first stint with the U.S. team. "Gregg loves football. He has real ideas about how he wants his teams to play. (It's about) details on the field, ideas, how he wants the team to play, what he wants things to look like. There's going to be real work every day, building what we want this thing to look like."

Berhalter already revealed he wants a pressing, attack-focused approach. After the U.S. spent the past year breaking in more than 20 new players under interim coach Dave Sarachan, Berhalter is deciding which players can play the new American style.

Although the true results of Berhalter's modern approach won't be decided for years, the tools for acquiring that knowledge were visible already in Chula Vista.

Team employees stood on the sideline with tablet computers tracking the players' movements, and a drone hovered overhead while the workouts were filmed for analysis. Berhalter also plans to establish stronger connections with his players' clubs in hopes of gathering more analytical data from their day jobs.

The team will train in Chula Vista until Jan. 22 before going on the road to Phoenix and the Bay Area for two exhibitions and several practices. The year gets even more interesting when Christian Pulisic and other Europe-based U.S. players join the team for workouts in March.

Berhalter's first competitive match is in June at the CONCACAF Gold Cup. He will know much more by then about the components available for his rebuilding project.

"It's extremely important for young guys and myself to be here in camp," said forward Gyasi Zardes, whose MLS career was revitalized under Berhalter in Columbus last season. "We get a head start for the year and for the season."