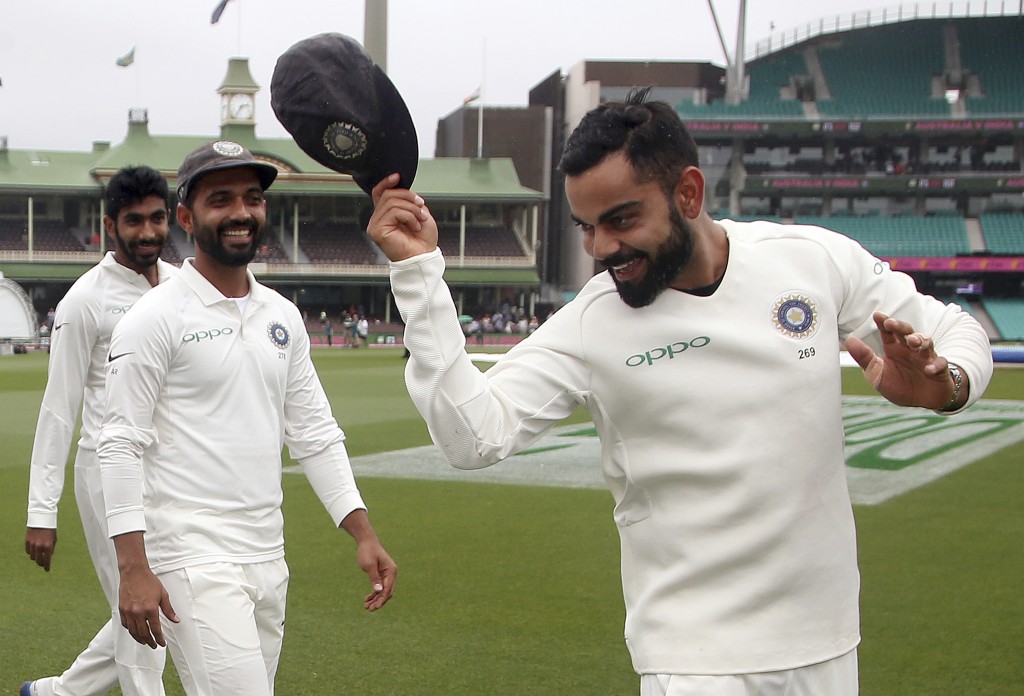 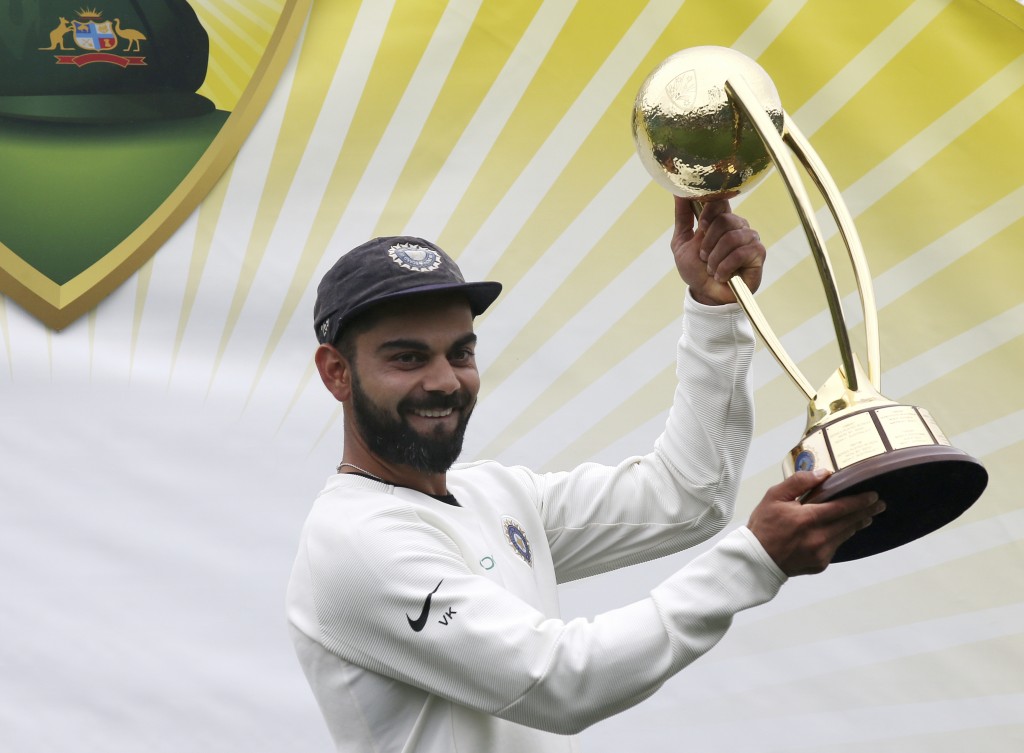 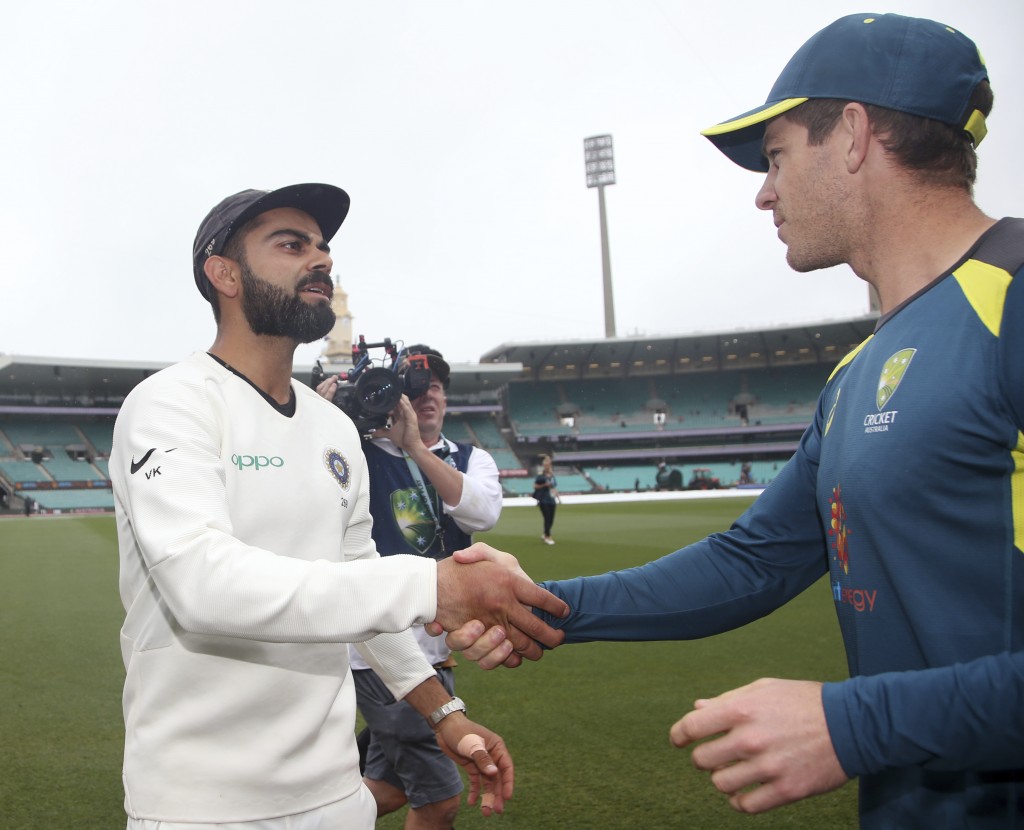 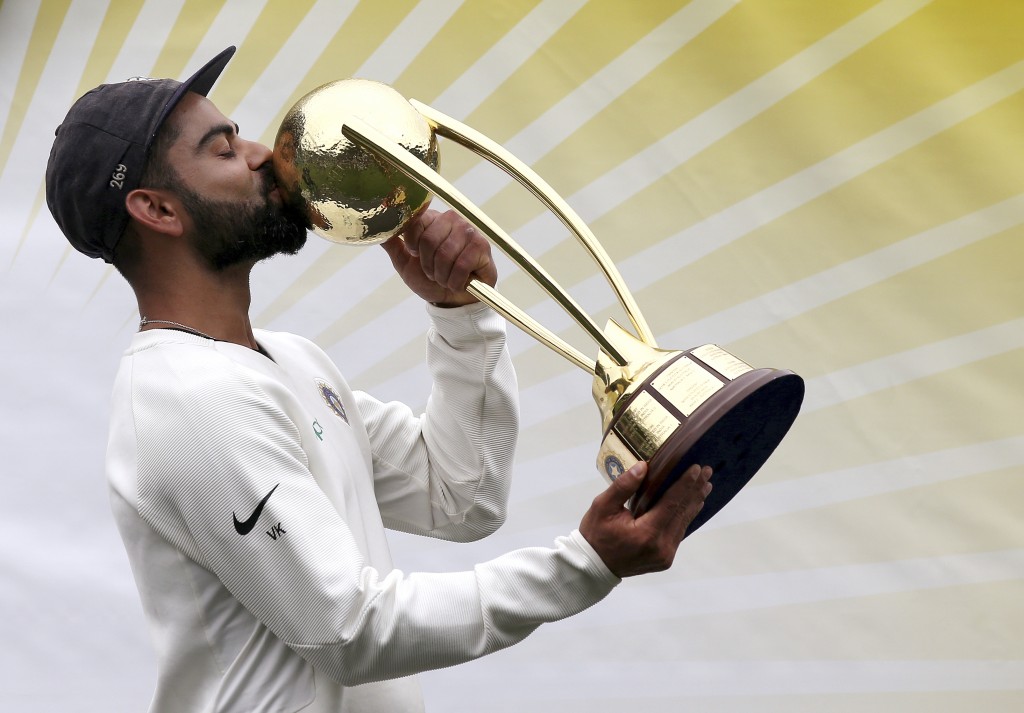 SYDNEY (AP) — Virat Kohli has achieved what no previous India captain could do - win a test cricket series in Australia.

After 71 years of trying, India wrapped up its breakthrough series win in Australia with a draw in the fourth and final test at a damp Sydney Cricket Ground on Monday to confirm a 2-1 result and cue celebrations among players and team officials.

"In the 10 years that I have played it is the proudest moment that I have experienced," Kohli said. "We're so happy for the whole team because it is a young bunch of guys and to have that belief to keep striving for excellence on a daily basis and to get a reward like this we definitely have to be happy.

"It's pure satisfaction of the hard work of 12 months and understanding that what we believed in has been proven right."

So often a dominant force on its pitches at home, India would often struggle in the foreign, often hostile, conditions Australian wickets presents.

Coach Ravi Shastri credited his captain for making the difference for India this tour.

"He started his journey four or five years ago in Australia (as a captain) and he's been around the globe captaining the side," Shastri said. "No one plays test match cricket with more passion than he does.

"This team now has an identity to look at any other Indian team from the past in the eye and say 'We play proper test match cricket. You did and we do too, without being intimidated.'"

With Australia weakened by the absence of banned senior batsmen Steve Smith and David Warner, and the with the notoriously bouncy Gabba ground in Brisbane dropped as a venue for the series, this tour presented India with perhaps its best opportunity to break its away drought here.

India arrived boasting the world's best batting lineup, which duly delivered with man-of-the-series Cheteshwar Pujara scoring 521 runs at an average of 74.4, with three centuries and one half-century, and Kohli and wicketkeeper Rishabh Pant also scoring centuries.

But a key difference this time was the special alchemy among a bowling unit every bit as threatening as Australia's much-heralded attack.

Seamer Jasprit Bumrah had an equal series-high 21 wickets, while fellow pacer Mohammed Shami had 16 to be the leading wicket-takers among the pace attacks of both teams. They were well-supported by spinners Ravindra Jadeja (seven wickets) and Kuldeep Yadav, who got a five-wicket haul in his first test in Australia.

"If your fast bowlers are happy and fighting as a team you can win anywhere in the world and you have a chance to beat any side in the world anywhere," Kohli said. "In the past 12 months I would rate their contribution as far above all the batsmen that have contributed this season."