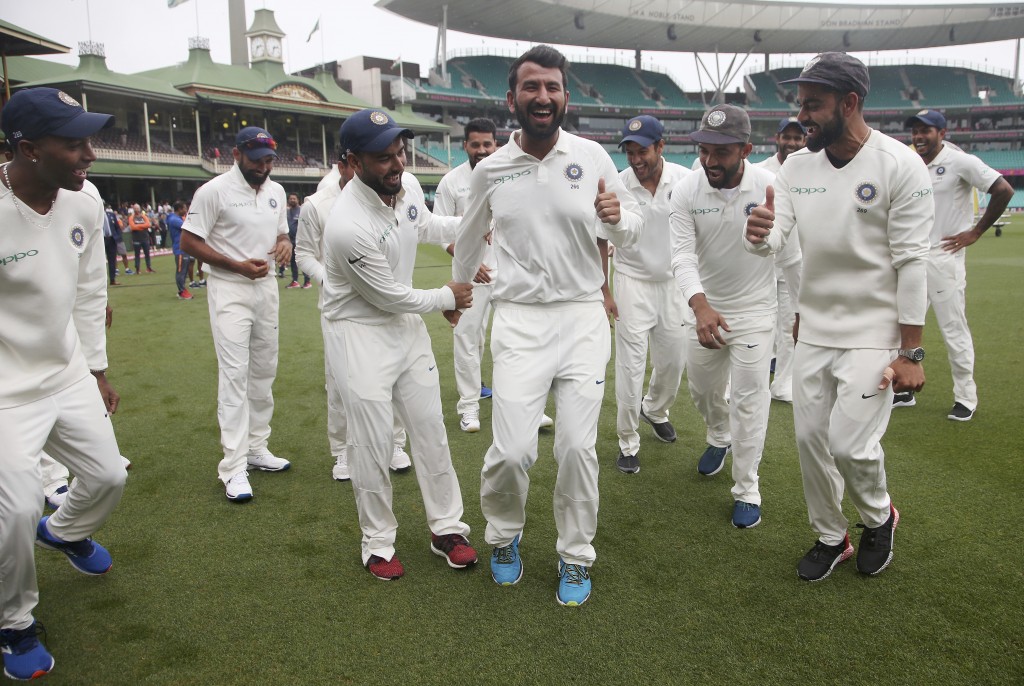 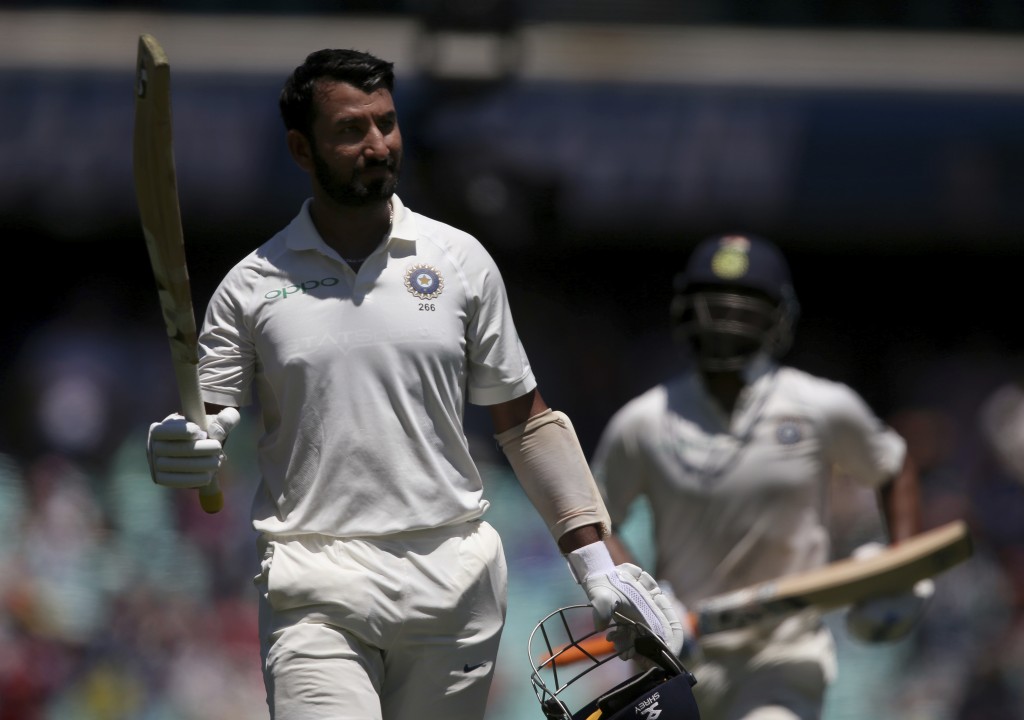 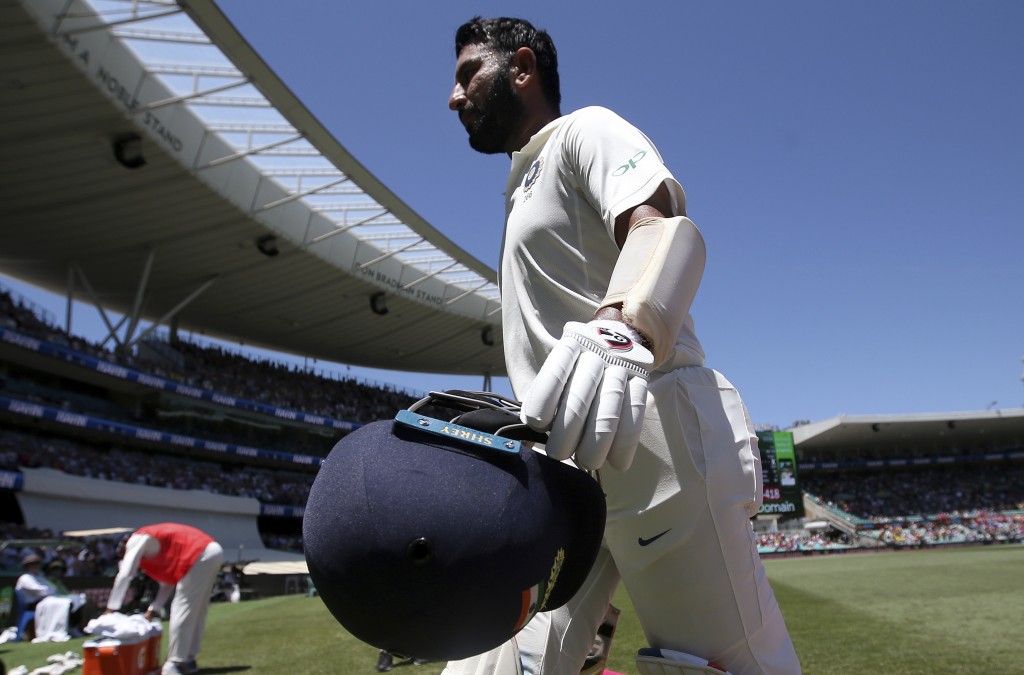 SYDNEY (AP) — Much of the hype prior to India's tour of Australia was captain and world No.1 batsman Virat Kohli's looming contest with Australia's much-heralded bowling attack.

While Kohli has been prominent in leading his team to its first test series victory in Australia, batsman Cheteshwar Pujara has stood out above all other batsmen on this tour as he ground down the home team's bowlers with his powers of patience and crisp execution.

Batting at the pivotal No.3 position, Pujara scored 521 runs at an average of 74.4, with three centuries and one half-century, spending more than 30 hours at the crease to blunt Australia's attack and claim man-of-the-series honors.

"We've been working hard to win a series overseas, and winning in Australia has never been easy," Pujara said. "For me, it's all about preparation — and I was very well prepared."

The 68-test veteran had relatively lean tours of South Africa and England last year, scoring just the one century in seven tests, but broke his away drought in spectacular fashion Down Under.

The 30-year-old batsman started this series with 123 in the first test in Adelaide and, after missing out in Perth, posted consecutive hundreds in Melbourne (106) and Sydney. His 193 at the SCG was his highest score outside of India and effectively ended the fourth test as a contest by the second day and all-but guaranteed India of its first series victory in Australia after 71-years of trying.

"For me, the first hundred was special," Pujara said. "Scoring a ton at Adelaide and going 1-0 up is what we were aiming for.

"As a batsman, I was just getting used to the pace and bounce, and apart from that, playing in South Africa and England has helped me improve my technique."

Pujara has also been the glue of India's batting lineup, often playing in long partnerships with other batsmen to prevent Australia from taking wickets in groups and seizing any momentum.