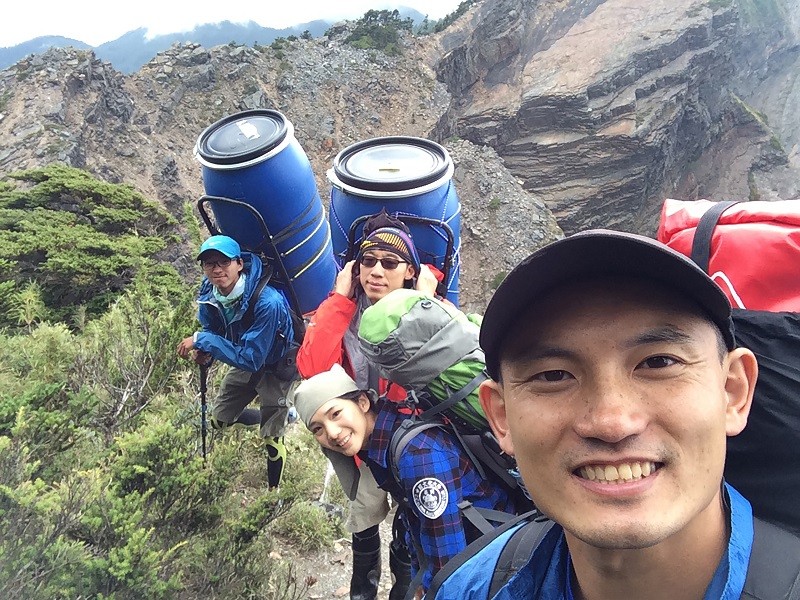 TAIPEI (Taiwan News) – A group of Taiwanese mountain enthusiasts spent three and a half years to complete a mission to carry portable altitude chambers (PACs) to dozens of mountain huts and high-altitude attractions to save lives. The mission was initiated by an emergency-room physician who, with his classmates, encountered a mountaineering accident when he was a college student, and their lives were saved by a rescue operation, according to a Central News Agency report on Sunday.

Wang Shih-hao (王士豪) was the president of his college's mountaineering club in 1999, when he and four other club members went on a trip to climb Cilai Mountain (奇萊山), which is over 3,500 meters in height, the report said. However, they encountered a snowstorm and were trapped on the mountain. They asked for help and were successfully rescued by a helicopter.

After he came down from the mountain, his father told him, “Your life was saved by the country, so when you have a chance, you should give back to society,” CNA reported.

Driven by his passion for mountaineering, Wang began to devote himself to the study and research of alpine medicine in 2006. After one year’s field investigation, he found that the occurrence rate of altitude sickness was as high as 36%, meaning that one out of every three mountaineers had experienced altitude sickness, CNA reported.

Wang said that most of the altitude sickness fatalities in Taiwan happened because the climate and terrain had hampered the operation of rescue teams or helicopters. In the case of high-altitude pulmonary edema or cerebral edema, victims can die within six to 12 hours if they are not carried down the mountain.

It is theoretically possible to eliminate fatalities. The mountain-loving physician said the life-saving PAC can achieve the barometric equivalent of lowering the victim down 1,500 meters within 10 minutes, and the equipment doesn't need any electricity to work, alleviating the symptoms of altitude sickness while buying more time for the rescue effort.

Since Wang and Taiwan Wilderness Medical Association (TWMA) initiated the mission to carry PACs to high mountains in Taiwan, more than 50 volunteers have responded, and they have carried the life-saving equipment to 29 high mountain huts in three and a half years.

A PAC weighs about eight kilograms, and volunteers had to take turns carrying them, CNA reported. The task to carry the equipment to the mountain huts on the South Section Two of the Central Mountain Ridge (中央山脈南二段) was especially arduous, and the volunteers had to brave the rain for seven days to complete the task, according to the report.

Wang boarded a helicopter again in October 2018 to deliver PACs to the mountain huts along Mabolasi Mountain Crossing Trail (馬博拉斯橫斷), placing the final piece into the jigsaw puzzle to complete the mission, the report said.

The PACs put in place by the mission have thus far saved seven people’s lives, according to the report.