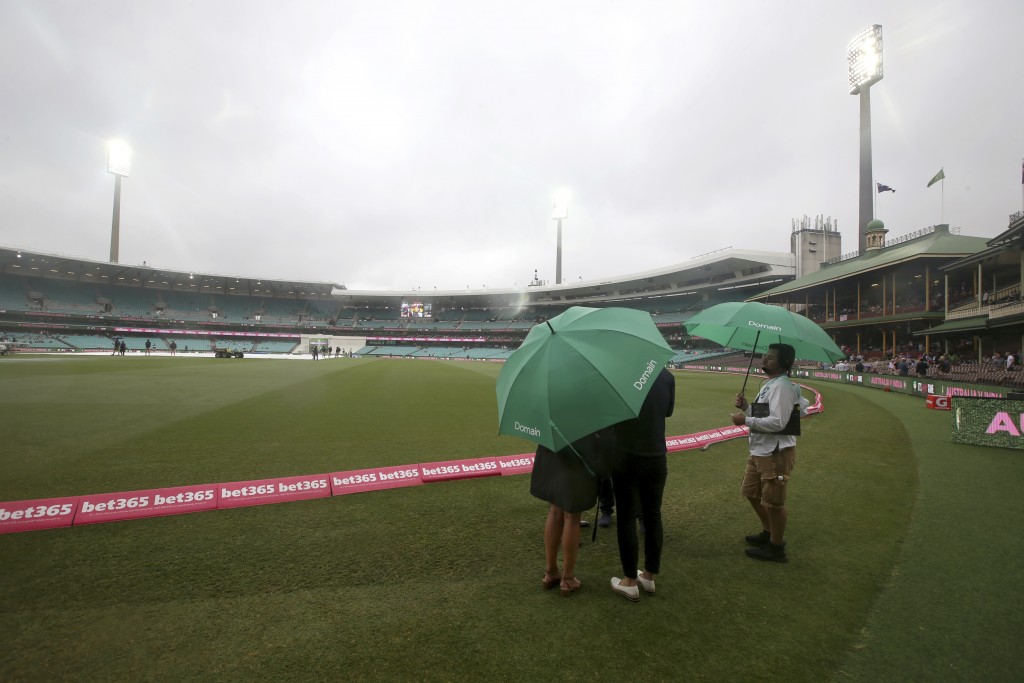 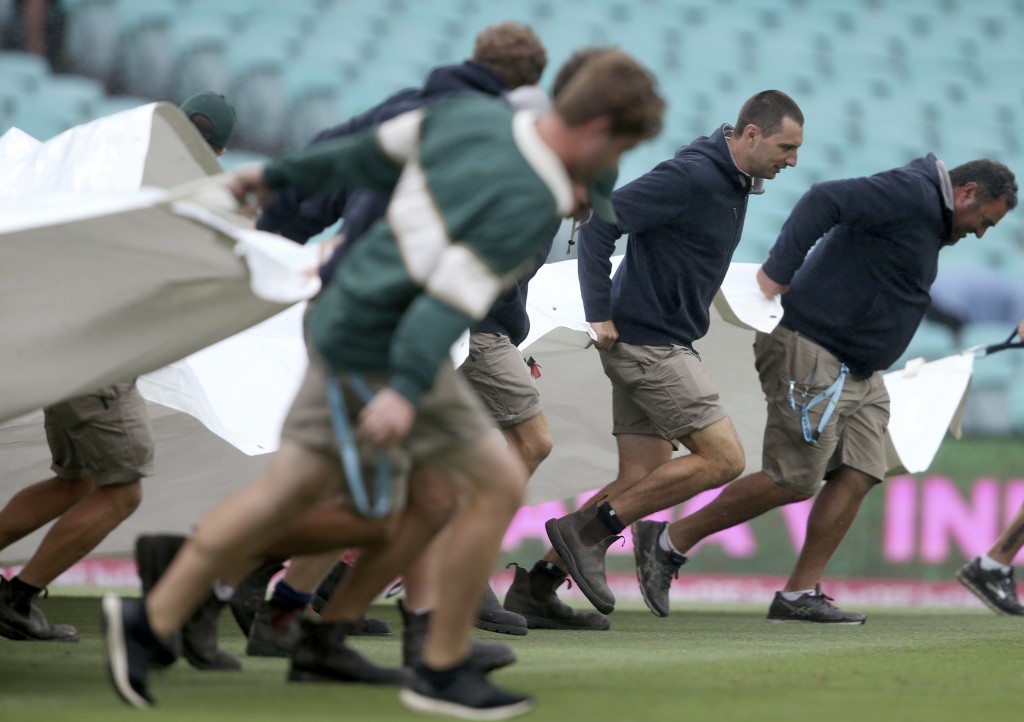 SYDNEY (AP) — Rain prevented any play on the fourth morning of the fourth and final test at Sydney Cricket Ground on Sunday in a match in which the series result has all but been decided.

With only five sessions remaining, Australia is 236-6 in its first innings chasing India's mammoth 622-7 declared which all but assured the tourists would avoid defeat here and win its first series in Australia.

The weather forecast for Sunday is for overcast conditions but with the rain clearing, giving hope for some play later in the day.

On Saturday, Australia had the better of the morning session reaching 122-1 before the fall of Marcus Harris triggered another batting collapse for the hosts as it lost five wickets for 76 runs.

Spinners Kuldeep Yadav and Ravindra Jadeja took five wickets between them before Peter Handscomb (28 not out) and Pat Cummins (25 not out) steadied the innings until poor weather halted play about an hour before stumps.

Harris' 79 was the highest score for an Australian batsman in this series, in stark contrast to an India team that has five centuries.

India denied Australia any real possibility of a victory here by batting for nearly two full days with Cheteshwar Pujara (193) and Rishabh Pant (159 not out) scoring hundreds and Jadeja and Mayank Agarwal getting half-centuries.

India leads the four-test series 2-1 after wins in the first test at Adelaide by 31 runs and last week's Boxing Day test in Melbourne to retain the Border-Gavaskar trophy.