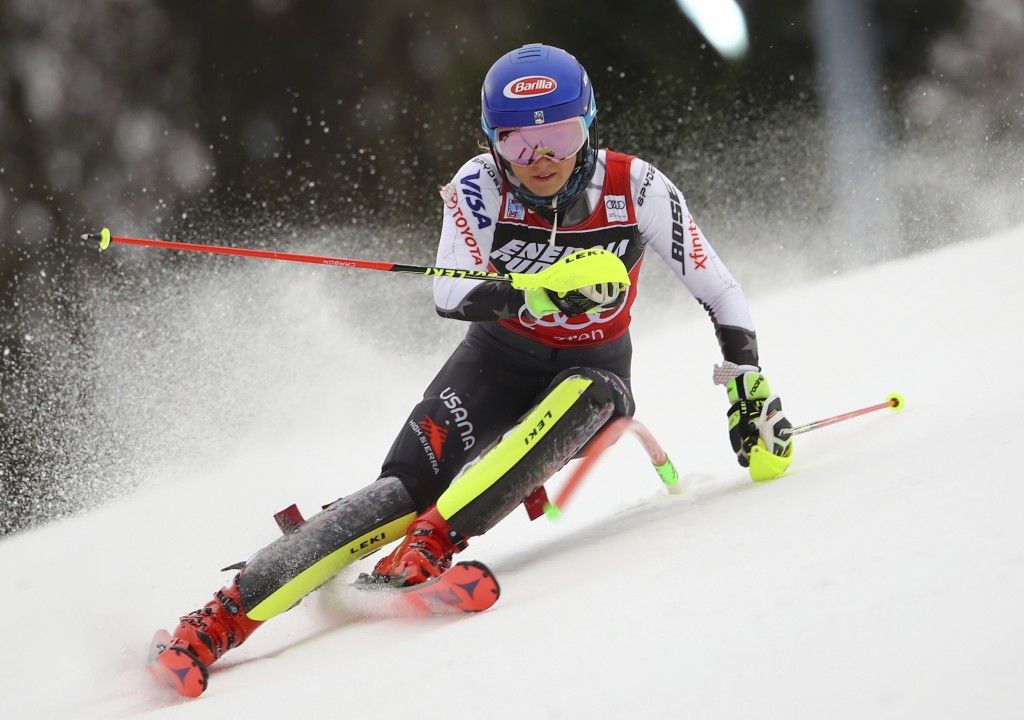 ZAGREB, Croatia (AP) — Mikaela Shiffrin dominated the opening run of a women's World Cup slalom on Saturday, opening up a big lead of more than a second.

The American was the only racer to clock a run time of less than a minute on the Crveni Spust course when she led Wendy Holdener of Switzerland by 1.15 seconds and Petra Vlhova of Slovakia by 1.34.

Anna Swenn Larsson of Sweden in fourth and Olympic slalom champion Frida Hansdotter in fifth had more than two seconds to make up in the final run.

Shiffrin is after her seventh straight slalom victory, which would equal her personal best streak from two years ago. The two-time overall champion has won 11 of the last 12, and 27 of the last 33 World Cup slaloms she competed in.