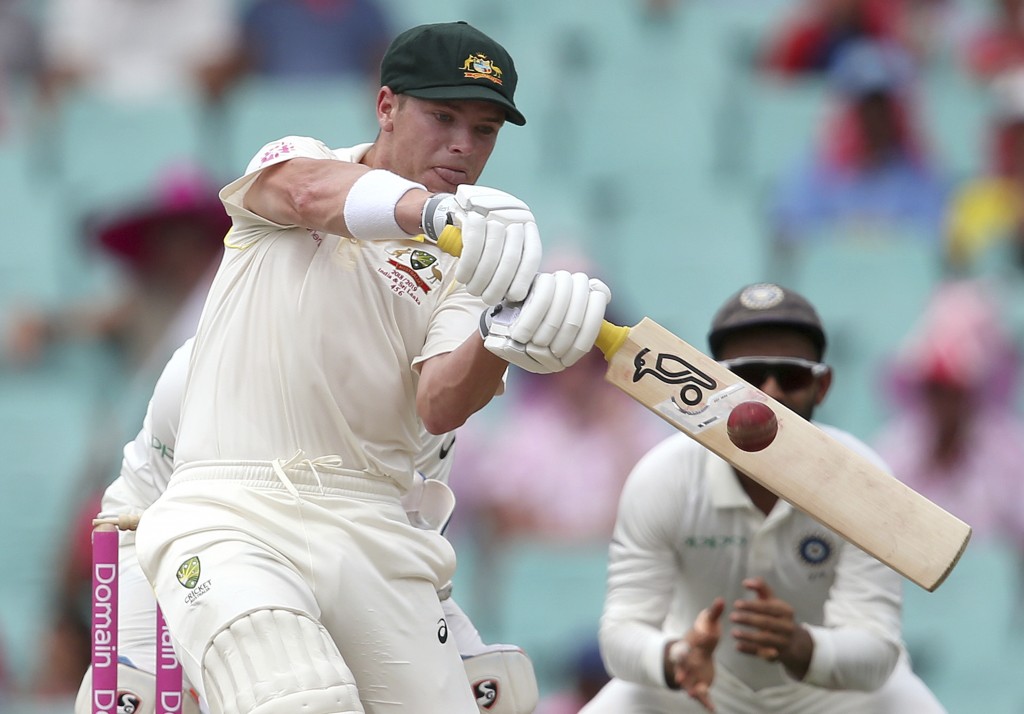 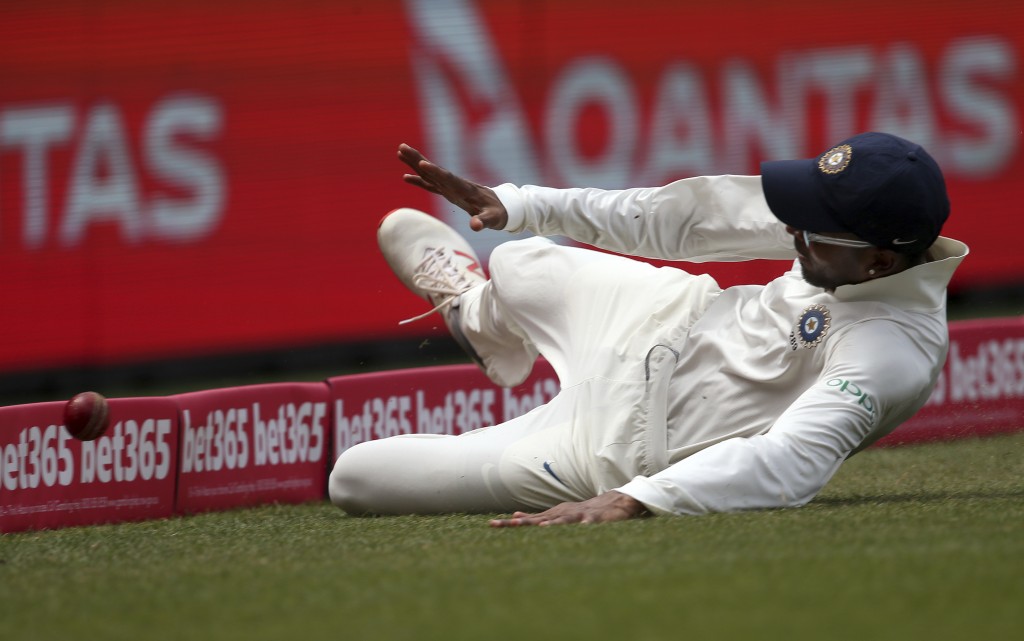 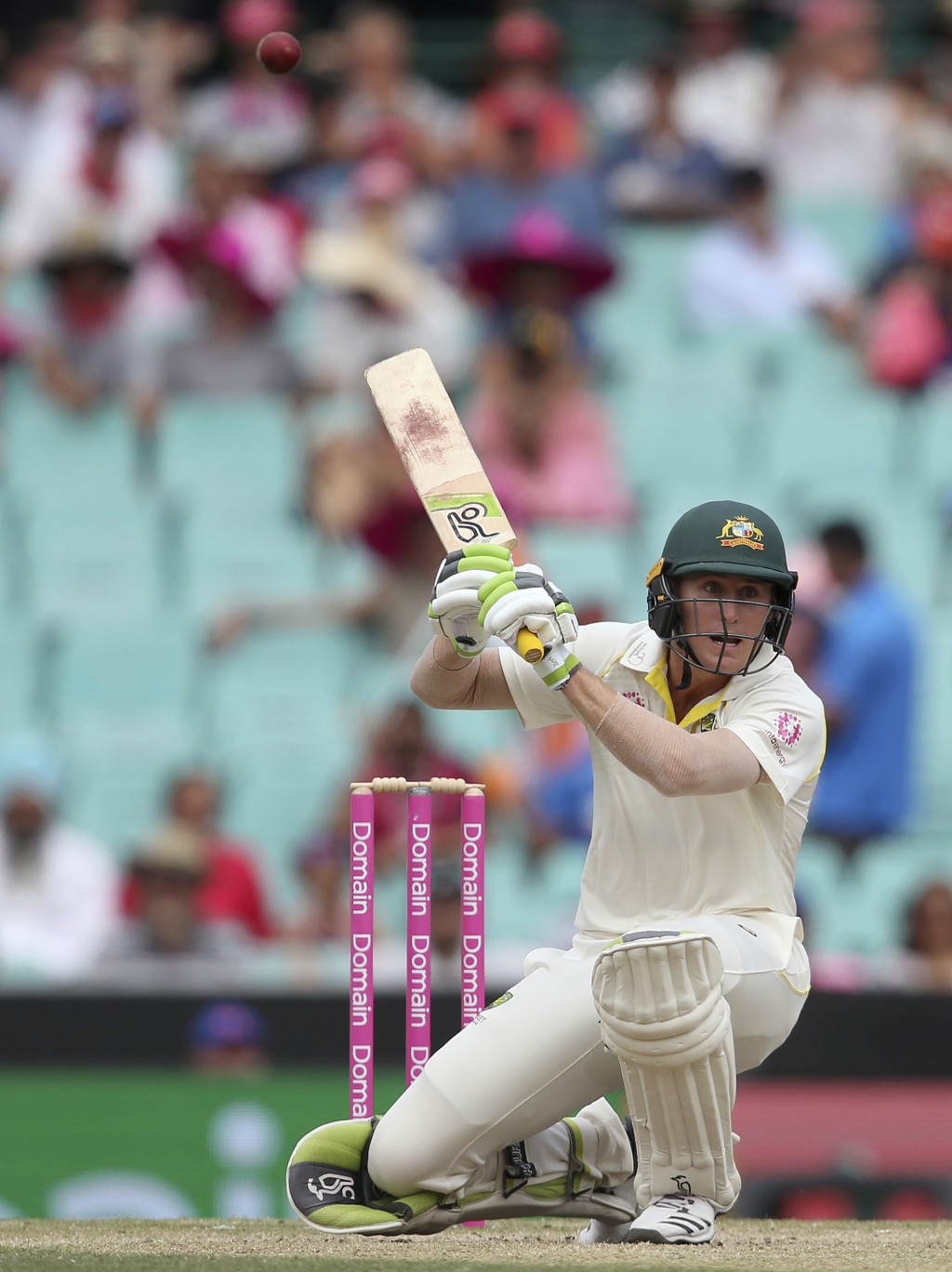 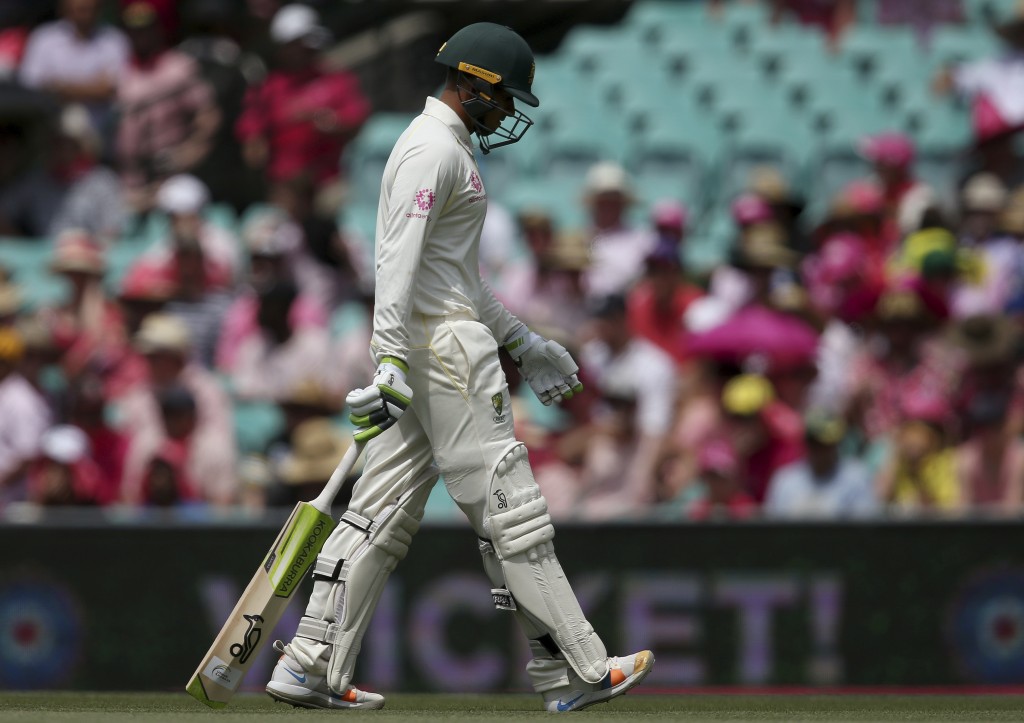 SYDNEY (AP) — Marcus Harris closed in on the first century by an Australian in this series and led the hosts to 122-1 at lunch in its long chase of India's mammoth first-innings total of 622 on day three of the fourth and final test on Saturday.

Harris, in his fourth test, scored at ease on a placid Sydney Cricket Ground pitch as he raced toward his maiden test century, hitting eight boundaries in his 77 not out, which is the highest score of any Australian batsman in the series.

Resuming on 24-0 after safely navigating ten overs prior to stumps the previous evening, Australia progressed untroubled to 72 without loss before an errant shot by Khawaja gave India its first breakthrough in the 22nd over.

Khawaja, who was dropped without scoring by Rishabh Pant late on Friday, wasn't as lucky off spinner Kuldeep Yadav (1-40) when on 27 played a poor shot and chipped a ball to Cheteshwar Pujara at midwicket.

Harris, who scored 70 in Perth's second test, brought up his 50 off 67 balls in the 25th over. The 26-year-old continued to attack and in the over before lunch went past Khawaja's 76 in Perth for the highest score by an Australian this series.

At the interval, Marnus Labuschagne was 18 not out in a 50-run partnership with Harris.

The best Australia can hope for here is a draw after India all but confirmed its first series victory in Australia by batting for nearly two full days in raising its 622-7 declared to take the game out of the host's reach.

Pujara scored 193 for his highest score outside India and Pant became the first Indian wicketkeeper to score a hundred against Australia with 159 not out. Ravindra Jadeja scored an enterprising 81 before being bowled by Nathan Lyon (4-178), prompting the declaration late on Friday.

On the first day, opener Mayank Agarwal made 77 after India captain Virat Kohli had won the toss and batted.