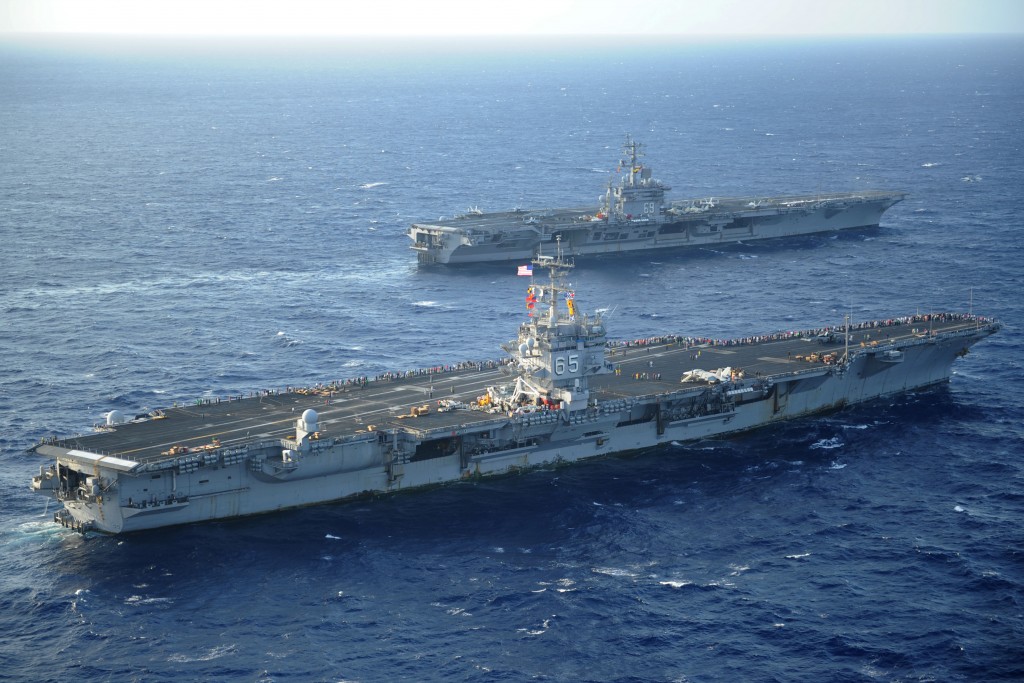 TAIPEI (Taiwan News) -- Late last month, a high-ranking Chinese admiral claimed that America's Achilles heel is its aircraft carriers, and China need only sink two of them to achieve complete dominance in the South China Sea.

In a speech delivered on Dec. 20 to the 2018 Military Industry List summit in Shenzhen, China, Rear Admiral Luo Yuan (羅援), said that the best way to defeat the U.S. is to exploit its weaknesses, especially the fear of the massive casualties that would be suffered if the Chinese military sunk two of its prized super carriers. Luo is a rear admiral in China’s People’s Liberation Army (PLA) Navy, a deputy head of the Chinese Academy of Military Sciences, and is a well-known hawk frequently heard making incendiary remarks toward the U.S.

During the speech, Luo said that the U.S.-China trade war is "absolutely not merely a economic and trade-related dispute, but rather an important strategic issue, which is caused by changes in the national strategy of the U.S," reported CNA. In the U.S., there are many differences between the two parties, Senate and House of Representatives, White House, Department of Defense, and State Department, the only consensus is China, said Luo.

Luo strongly advocated that China should deal with the U.S. by using an "asymmetric counter-attack," that is "use our strengths to attack the enemy's weaknesses. Whatever the enemy fears, we strike. Wherever the enemy is soft, we will exploit it," according to CNA.

Luo asserted that "the five cornerstones of the United States" are its military, money, talent, voting system, and fear of adversaries. Luo said that among these five cornerstones, "America is most afraid of the death of its people," therefore, he advocated using missiles to sink two aircraft carriers, and with an estimated loss of 5,000 sailors per ship, that would total 10,000 deaths, then "We'll see how frightened America is," according to the report.

As for economic warfare, Luo also listed China's three key "bargaining chips with the United States" as being soybeans, the Big Three auto manufacturers, and Boeing. Luo said that cuts in soybean imports would hurt the states which voted for U.S. President Trump, such as Iowa; blocking U.S. automakers from the China market would turn them into "second-rate companies;" and Boeing is vulnerable because one third of its 737 jets are sold in China.

At the Global Times annual conference in Beijing On Dec. 8, Luo said that if the U.S. Navy made a port call in Taiwan, "it is time for the People's Liberation Army to deploy troops to promote national unity on the island. Achieving China's complete unity is a necessary requirement." He added that, "Those who are trying to stir up trouble in the South China Sea and Taiwan should be careful about their future."