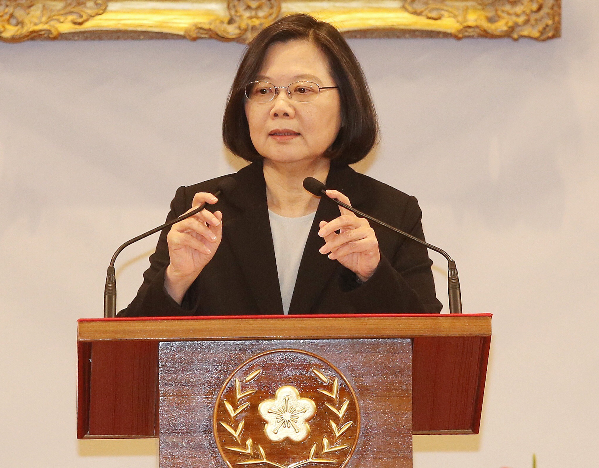 TAIPEI (Taiwan News) – On the morning of Jan. 3, immediately following the publication of public letter urging President Tsai Ing-wen not to run for re-election in 2020, three presidential office advisors tendered their resignation.

Presidential Office advisers Wu Li-pei (吳澧培), Lee Yuan-tseh (李遠哲), who signed the letter published by Liberty Times, have reportedly turned in notices of resignation according to an anonymous source.

Additionally, a third presidential office advisor Koo Kwang-ming (辜寬敏), who was not a signatory of the public letter, is reportedly preparing to resign as well according to a Dec. 29 report from Storm magazine.

Shortly after the letter’s publication, President Tsai released with a statement without directly mentioning the letter.

“Whoever is elected, or not elected, is not something decided by someone’s comments. We must trust in the democratic process.”

In what appears to be a swift rebuff to the letter, Tsai declared that she will not bow to pressure from any party, including China’s demands to accept the so-called “1992 Consensus.”

“The people have entrusted me with their vote, and it remains my duty to defend the country.”

Presidential Office Spokesperson Huang Chong-yan (黃重諺), who delivered Tsai’s statement, included the following admonition from the Office of the President.

“The role of the President is to stand for the people of Taiwan, not to vie for their own power. With China is at the gates, demanding we accept ‘one country, two systems,’ and threatening the sovereignty of Taiwan, the most important issue is safeguarding our democratic way of life and making sure the entire world recognizes Taiwan’s strength and perseverance.”

“These things are my responsibility as an elected President, regardless of party line,” Tsai was quoted by CNA. When asked by the media if Tsai was aware of the letter published by the Liberty Times this morning, spokesman Huang responded that she was very likely aware of the “views of several old gentleman.”

Apple Daily reports that there was a heated conversation between Tsai and Lee earlier in the week, with Lee reportedly upset over the debacle between the Ministry of Education (MOE) and National Taiwan University.

Lee is reportedly dissatisfied with Tsai's selection of Yeh Jiunn-rong (葉俊榮), rather than his preferred candidate, as Education Minister. Yeh caused an uproar in late December with his decision to unilaterally approve Kuan Chung-ming (管中閔) as President of NTU, without consulting with other officials of the Executive Yuan.

UDN reports that Wu Li-pei has been voicing criticisms of the Tsai administration for months, regarding issues of transitional justice, the seizure of KMT properties, as well as the NTU-MOE debacle. He claims that Tsai has mishandled the affairs of government.