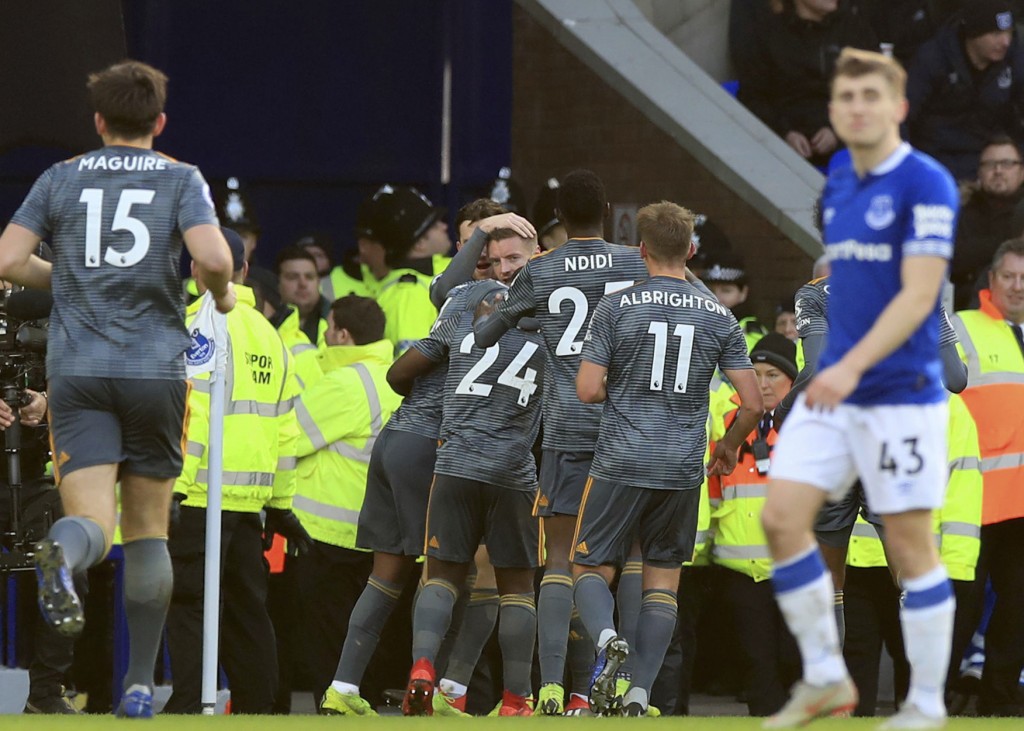 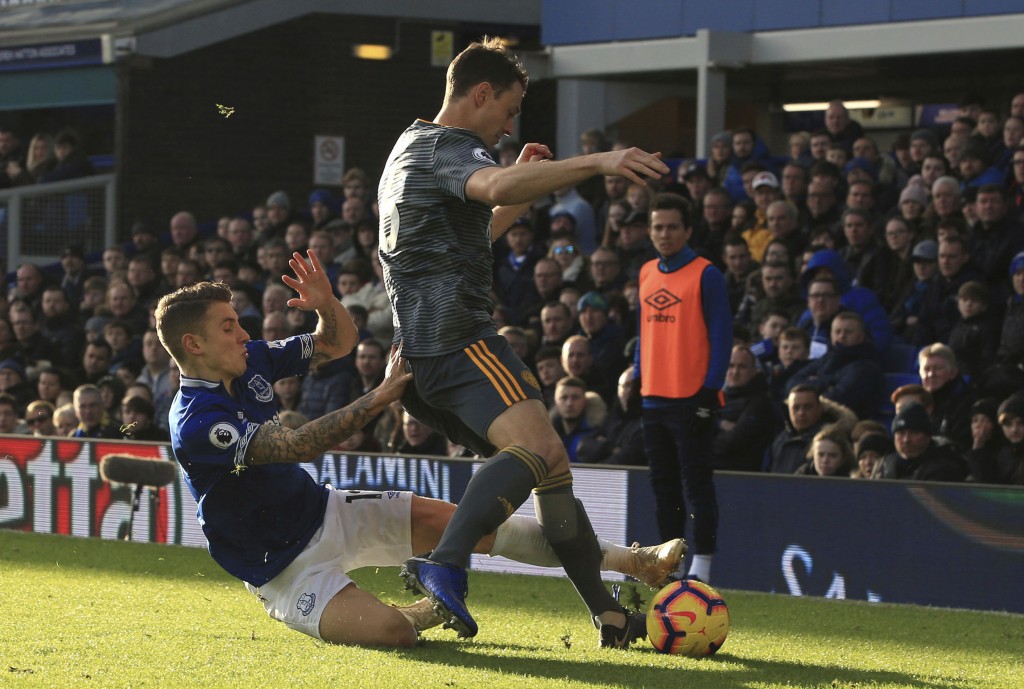 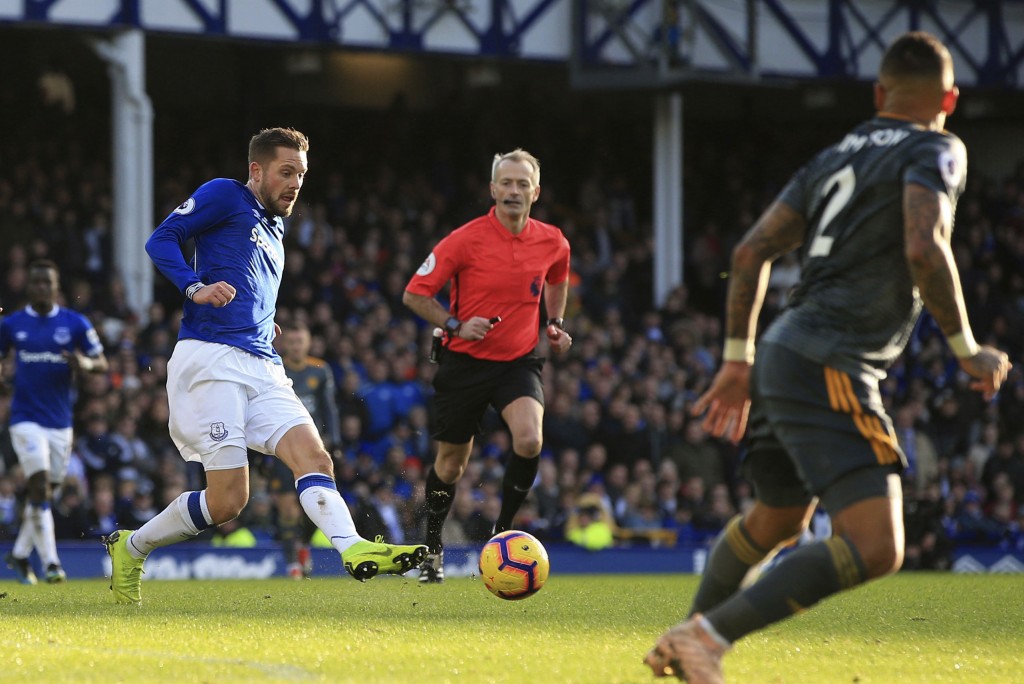 LIVERPOOL, England (AP) — Jamie Vardy scored the Premier League's first goal of 2019 to earn Leicester a 1-0 win at Everton in a low-quality match to begin the new year on Tuesday.

In a goal that summed up the home side's sloppy display, Everton winger Theo Walcott misdirected a header from a clearance and teammate Michael Keane then miscontrolled the ball to allow Ricardo Pereira to play in Vardy.

The former England striker slotted a low finish past goalkeeper Jordan Pickford and celebrated his 58th-minute goal with a somersault.

This was Leicester's third win in four games over the festive period — other victories over Chelsea and Manchester City were mixed in with a surprise home loss to Cardiff — and the team is now firmly in the top half of the standings.

Everton, though, has only one victory in eight games since the start of December and there were constant groans coming from the crowd at Goodison Park throughout a game featuring a slew of basic mistakes from both teams.

The closest Everton came to scoring was in the first half when right back Jonjoe Kenny ran onto a low cross from fellow full back Lucas Digne and powered a shot onto the joint of bar and post.