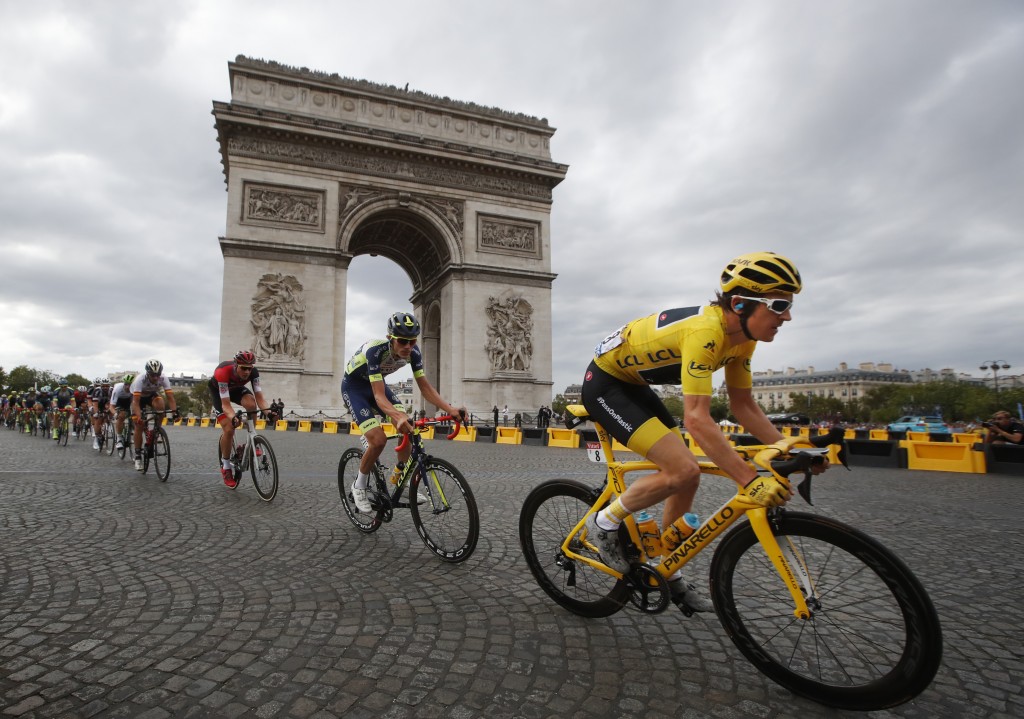 MANCHESTER, England (AP) — Geraint Thomas and Chris Froome, the current and former Tour de France champions, are planning to compete in the 2019 edition of the race in what could be Team Sky's final bid for cycling's biggest prize.

Froome will not defend his Giro d'Italia title as targets a record-tying fifth win in the Tour, while Thomas is bidding for back-to-back victories.

Both British riders have said they want to deliver success on the road in order to help Team Sky secure new sponsorship, with its future uncertain following the decision of broadcaster Sky to end its investment in the sport after 2019.

The 33-year-old Froome said it was a difficult decision not to defend his Giro title after becoming the first British winner of the race last May.

"I'm getting to the point in my career now where I'm starting to think about what kind of legacy I want to leave behind," he said, "and if I am able to win the Tour de France for a fifth time and join that very elite group of bike riders — only four other people have ever done that — it would just be incredible."