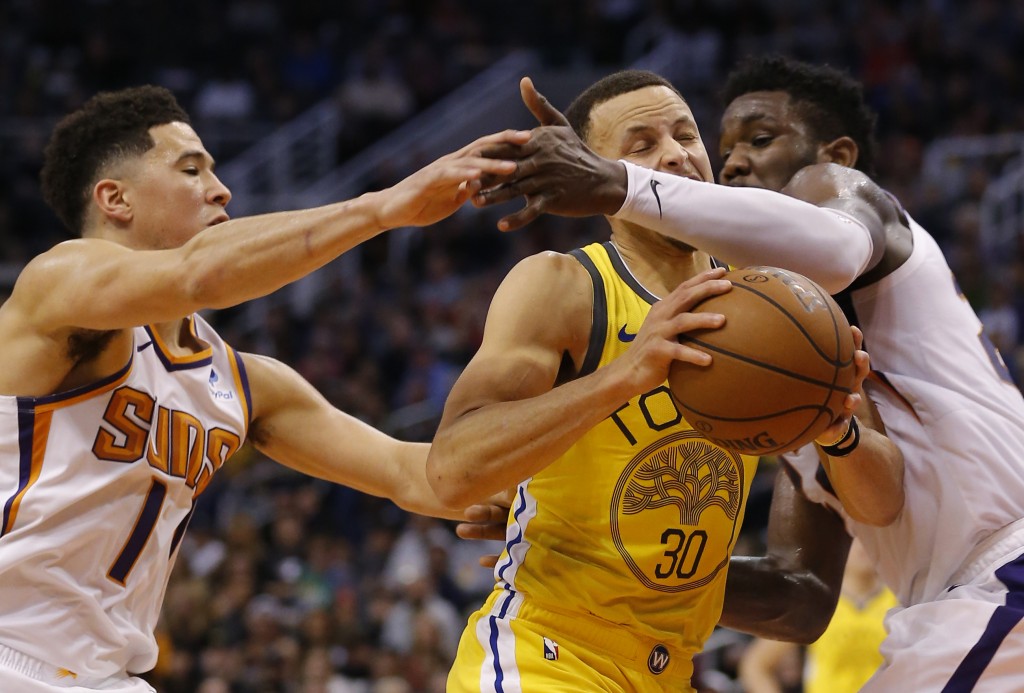 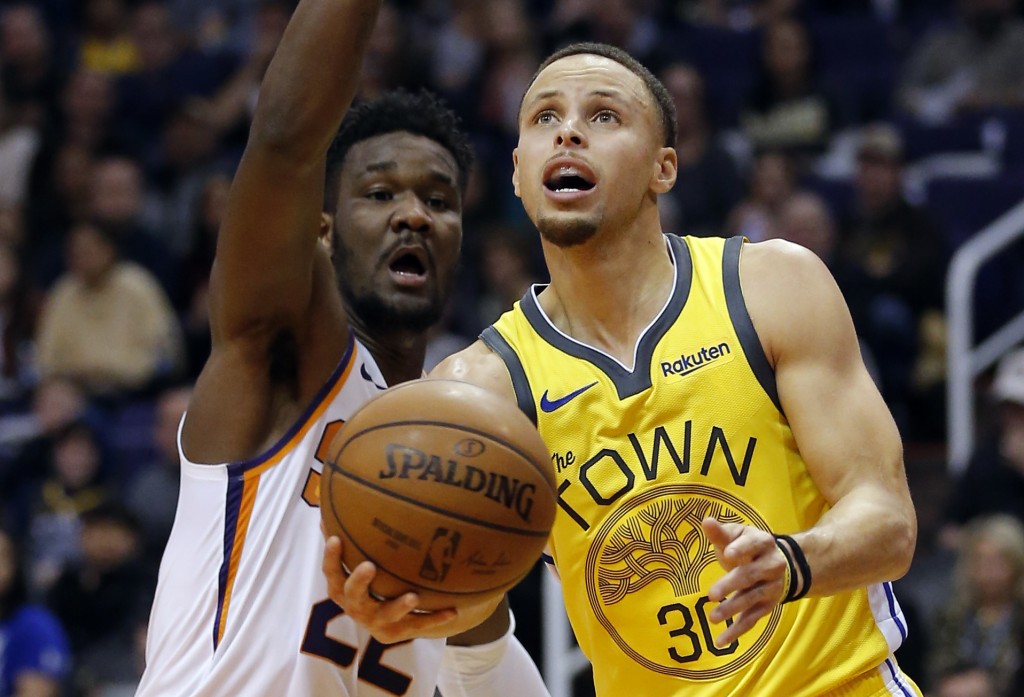 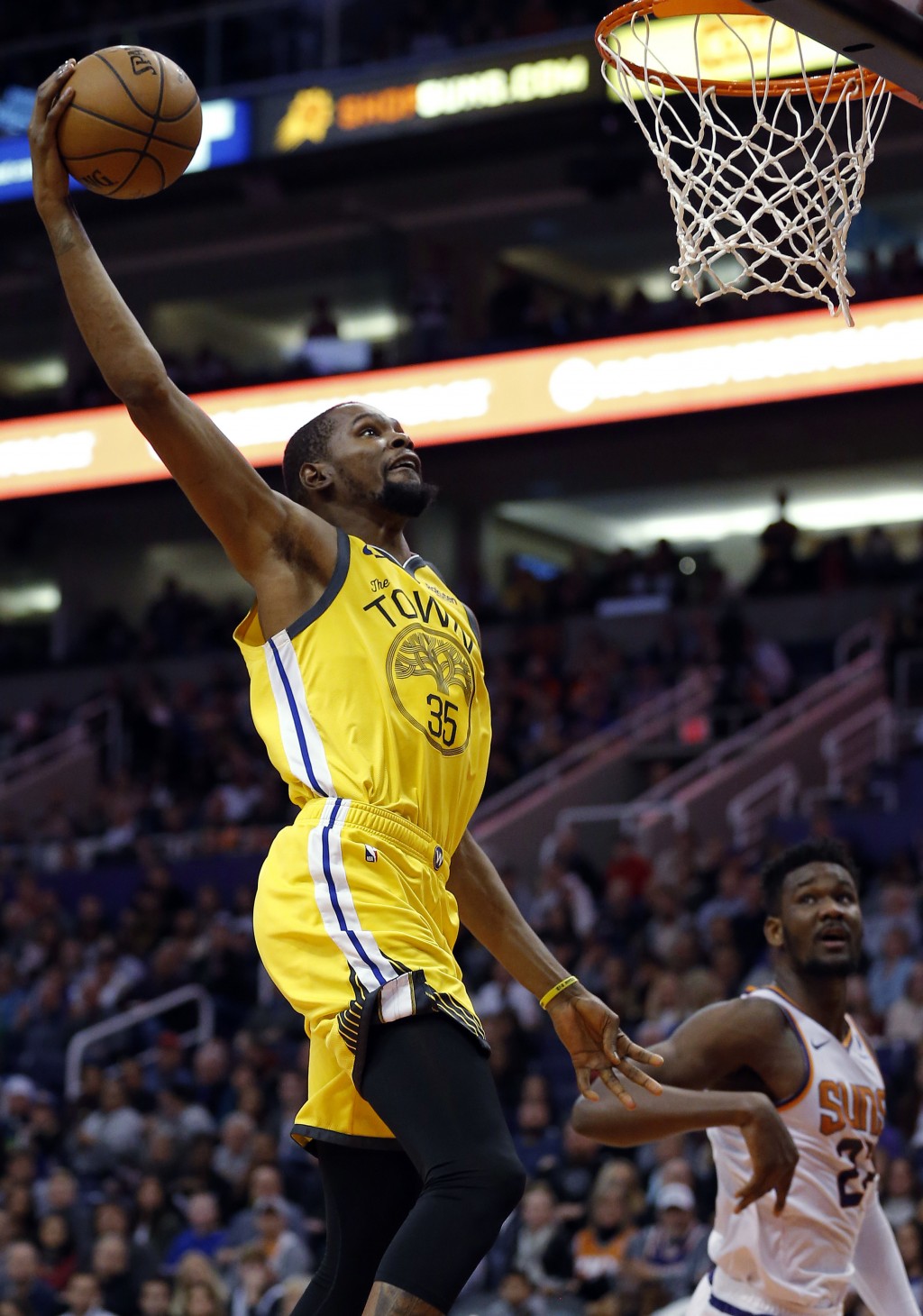 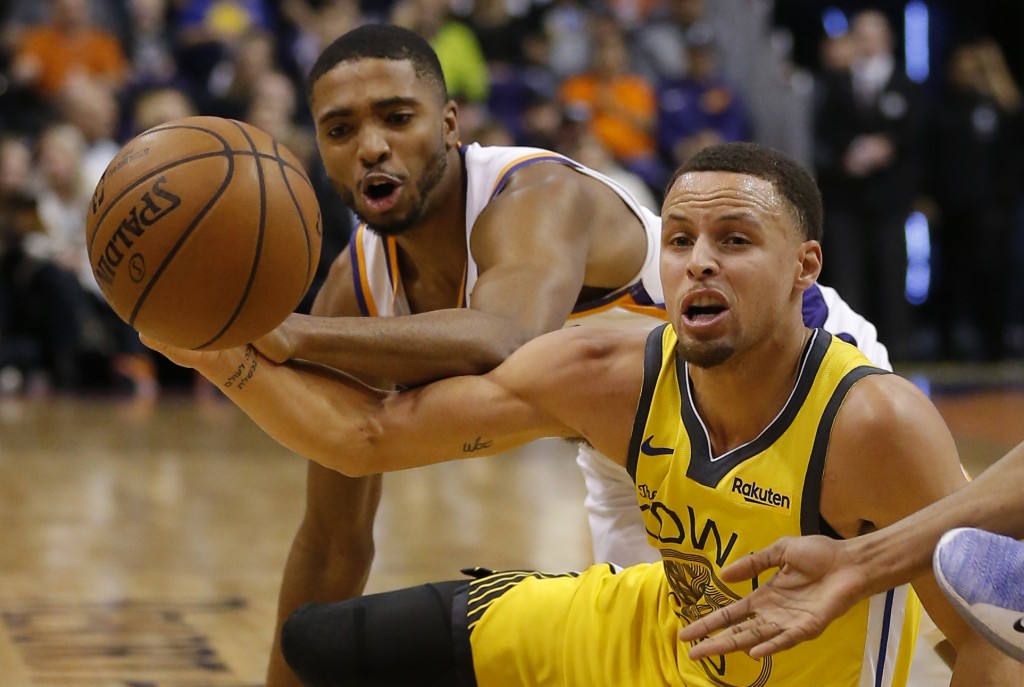 The Warriors beat the Suns for the 17th straight time, including eight in a row in Phoenix.

Deandre Ayton had 25 points and 10 rebounds for the Suns, who have lost five of six. T.J Warren added 24 points and Devin Booker 20.

Golden State led for all but 1 minute, 17 seconds of the first quarter, and went ahead 39-31 on a 3 from Curry with 10 minutes to go in the second. Curry had 12 points in the second quarter and added a team-high nine rebounds for the game.

The Suns scored the next eight points to tie it, and were even at 45 before the Warriors closed out the half on a 24-7 run.

A 3 from Andre Iguodala, a layup and free throw from Jonas Jerebko and Iguodala's pair of free throws gave the Warriors a 69-52 lead at the break.

Quinn Cook knocked down a 3 just before the third-quarter buzzer for a 108-87 lead, and Curry's two 3s early in the fourth quarter helped Golden State go up by 27 points.

The Warriors, in the absence of a true big man, used starters Kevon Looney and Draymond Green plus Jordan Bell off the bench to guard the 7-foot-1 Ayton. No Golden State defender on Ayton was taller than 6-9.

Bell was the most physical of the group and was rewarded with extended minutes. He blocked Ayton's shot under the basket in the third quarter and forced Ayton to work at the other end by making all five shots he took for a season-high 10 points.

Warriors: For the 10th time this season, the Warriors' starting lineup was Durant, Green, Looney, Klay Thompson and Curry. They're 6-4 with that group. ... Curry has scored 30 or more points in 13 games this season. ... The Warriors' point total was the third-highest in a game this season.

Suns: Backup C Richaun Holmes missed the game due to illness, the second game in which he's not played this season. That opened up minutes for seldom-used Dragan Bender, who played for the first time since Dec. 17 and scored for the first time since Dec. 11, 10 games ago. ... F Josh Jackson fouled out late in the third quarter and played only 14 minutes, his lowest total since Nov. 21. ... C Eric Moreland made his Suns debut when entered the game in the fourth quarter. Moreland signed with Phoenix on Dec. 10.