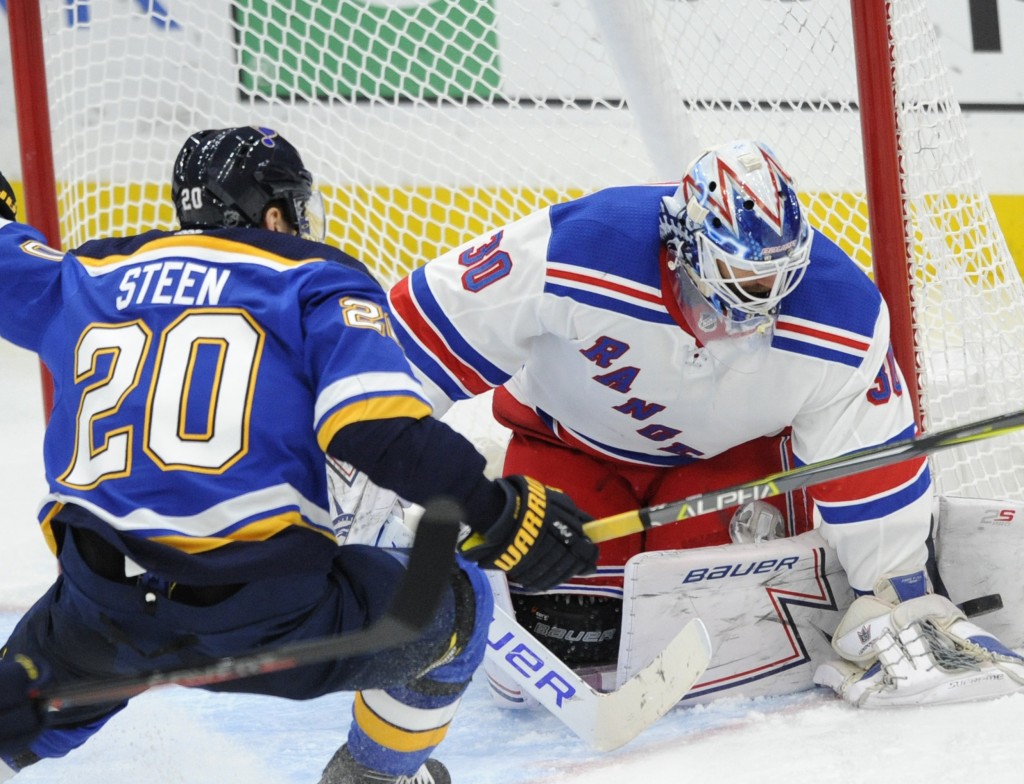 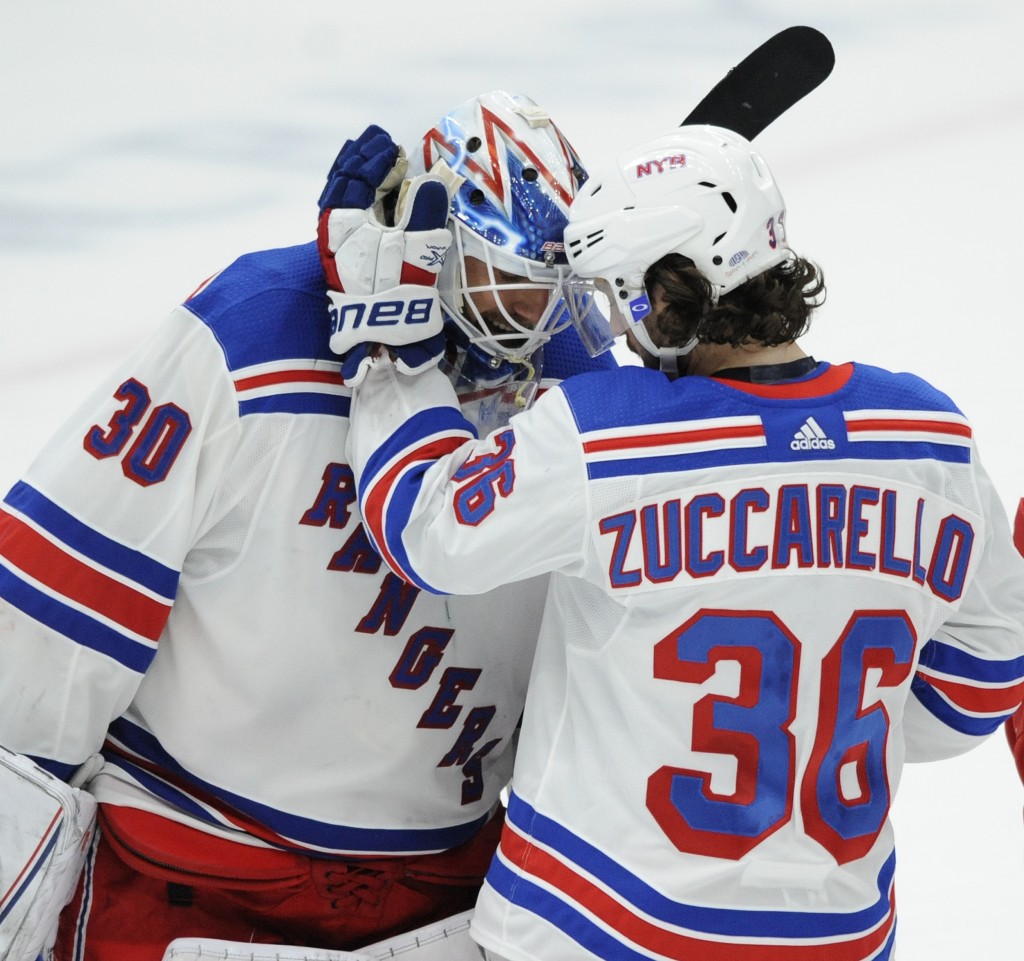 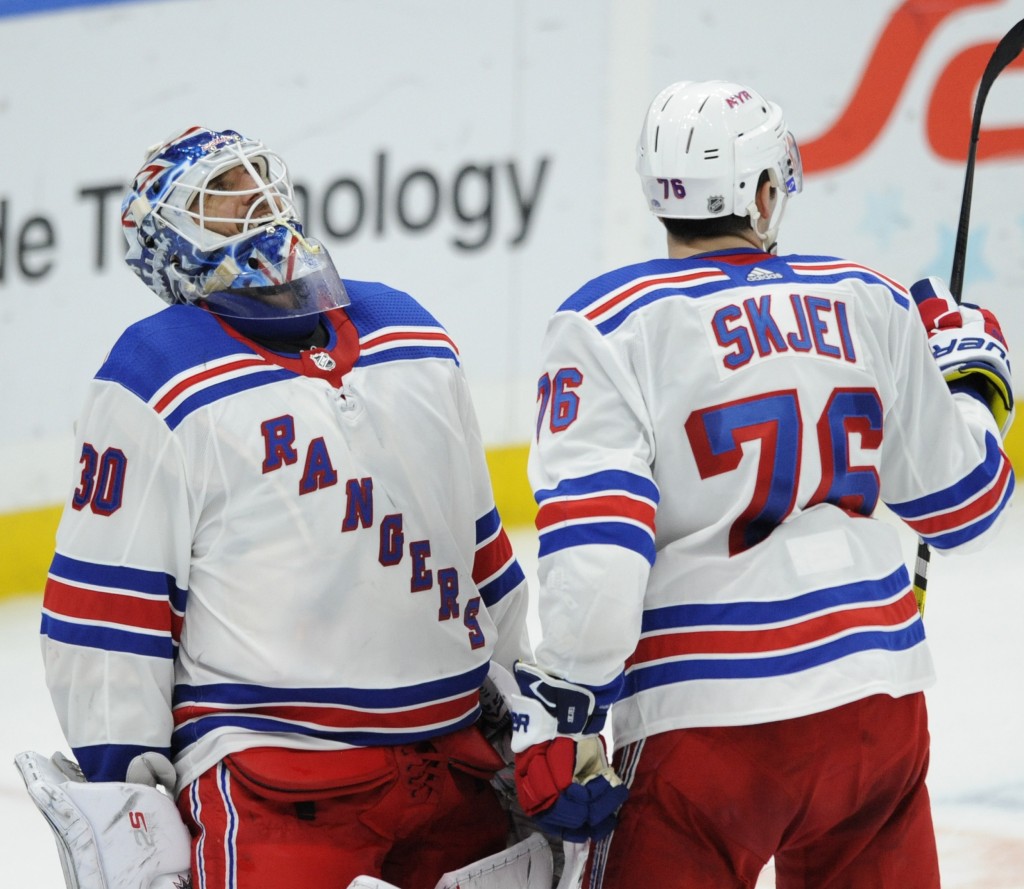 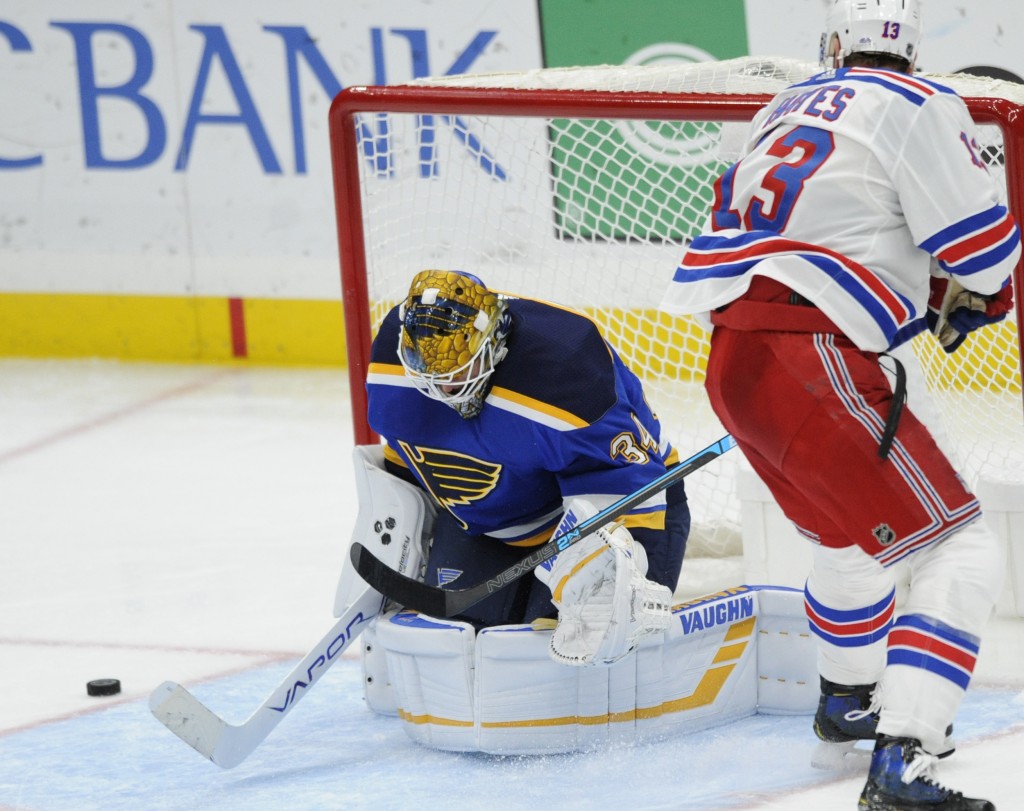 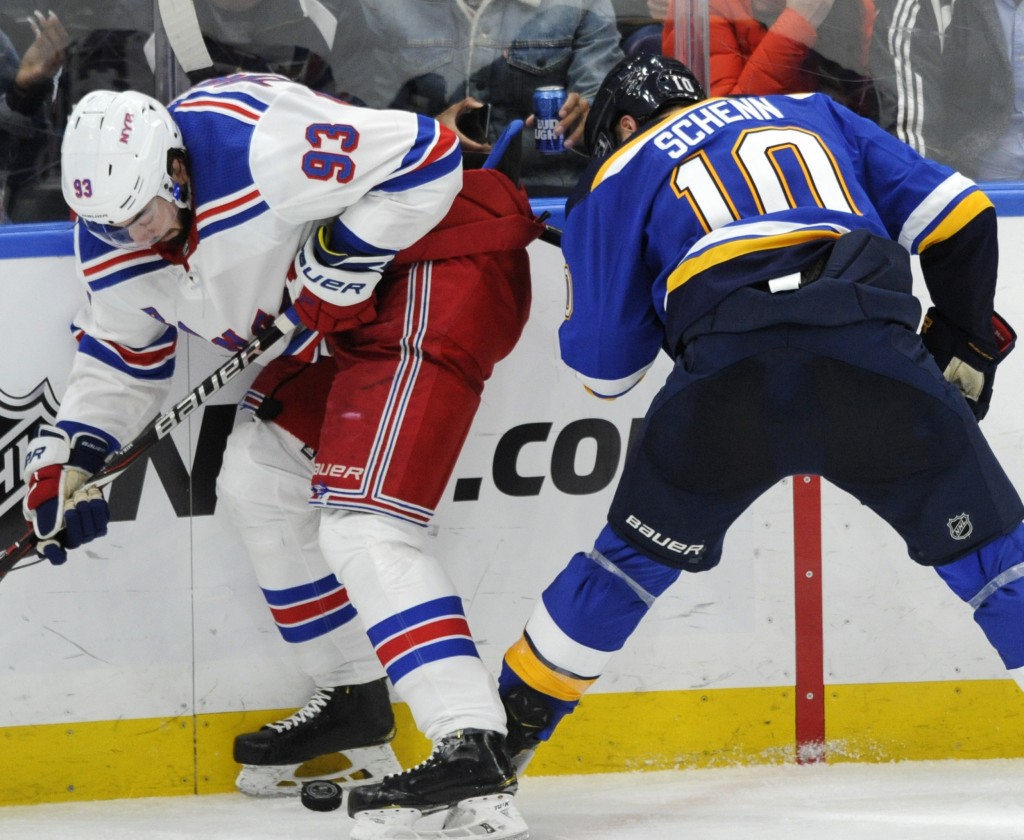 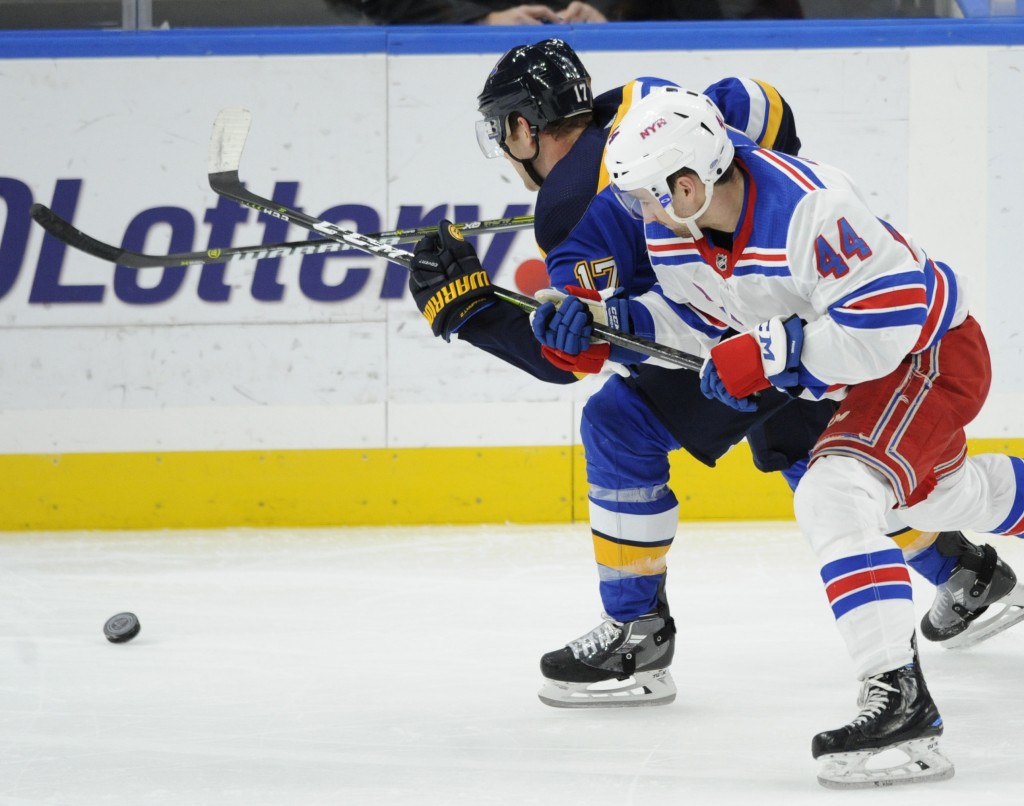 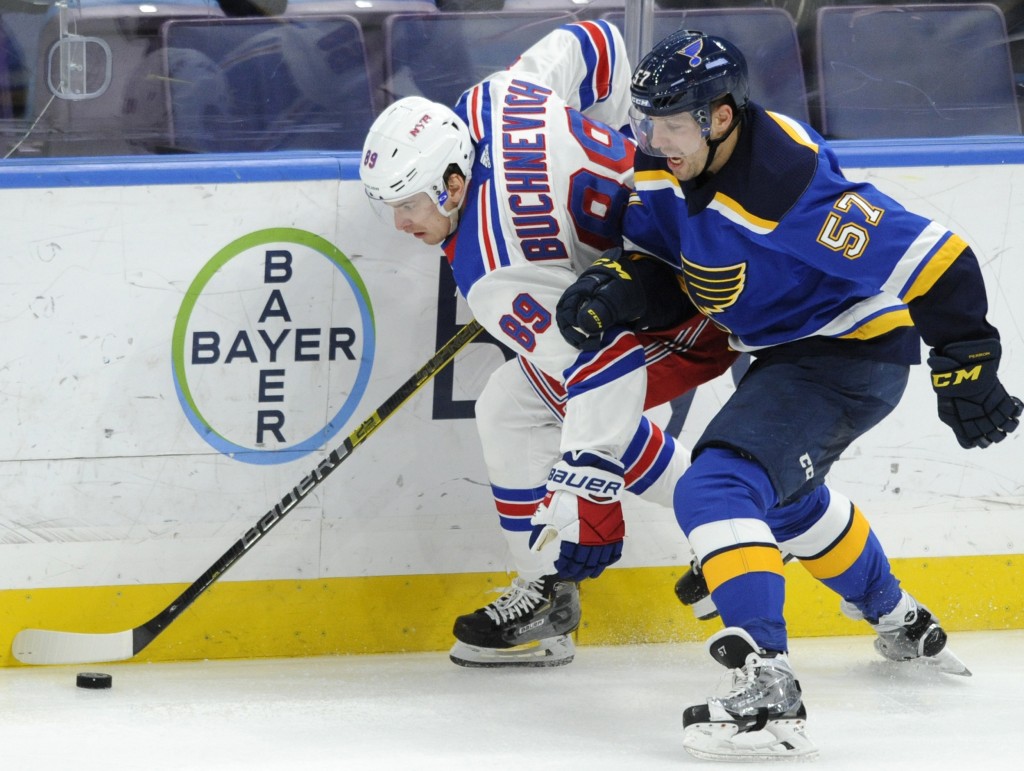 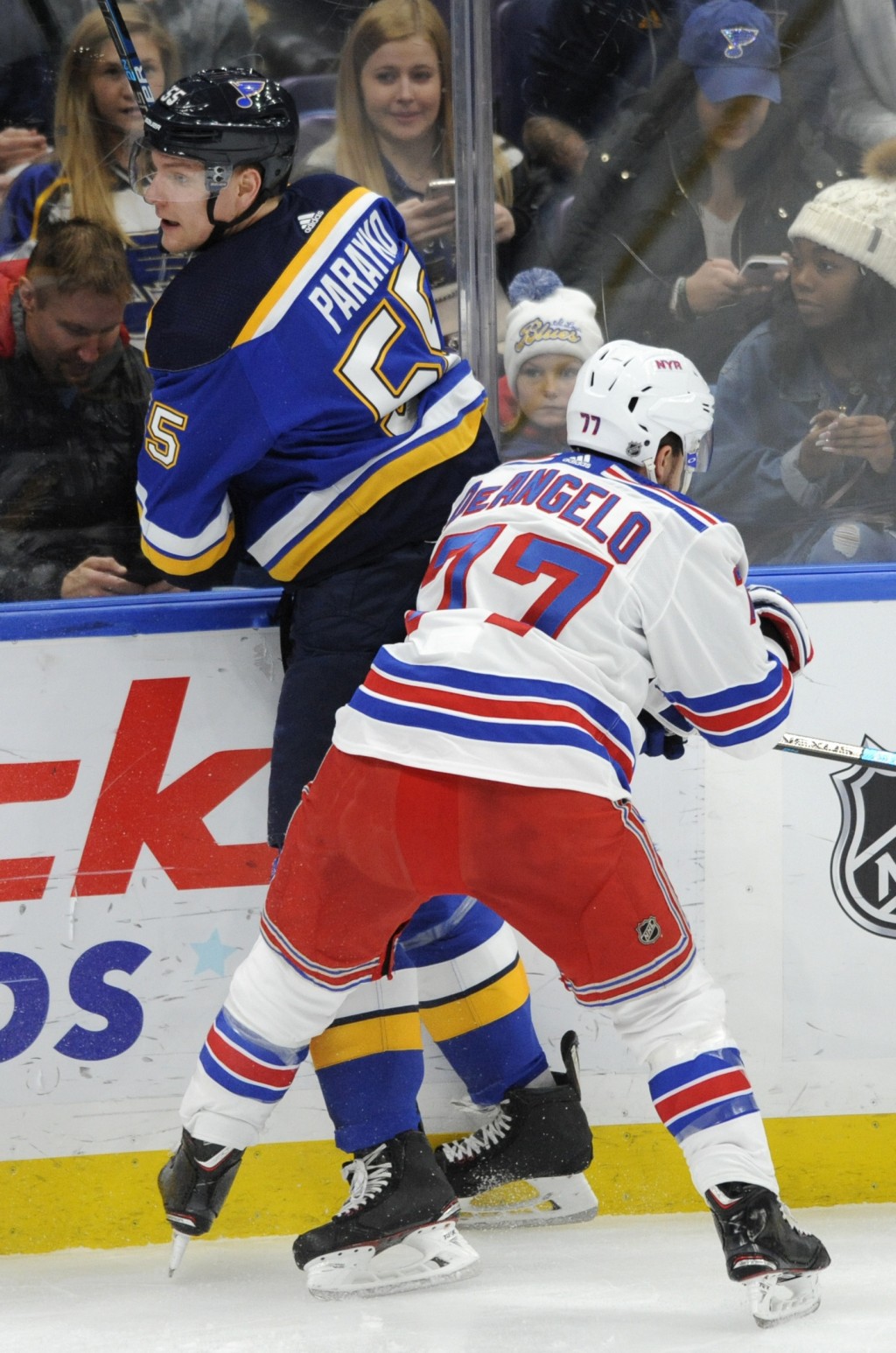 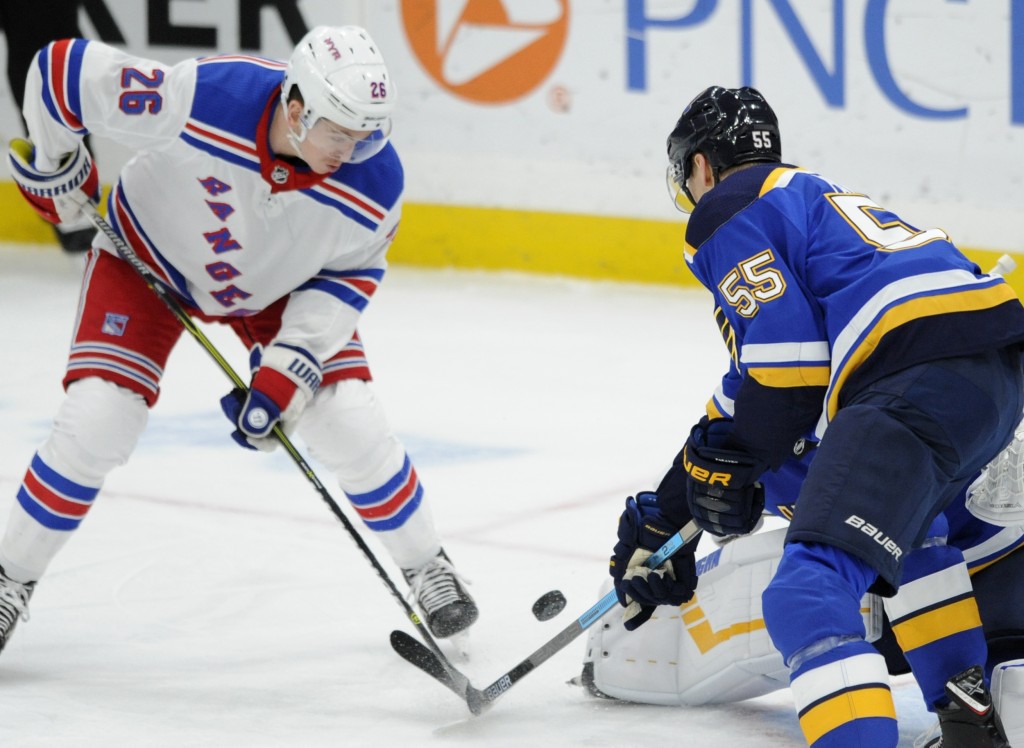 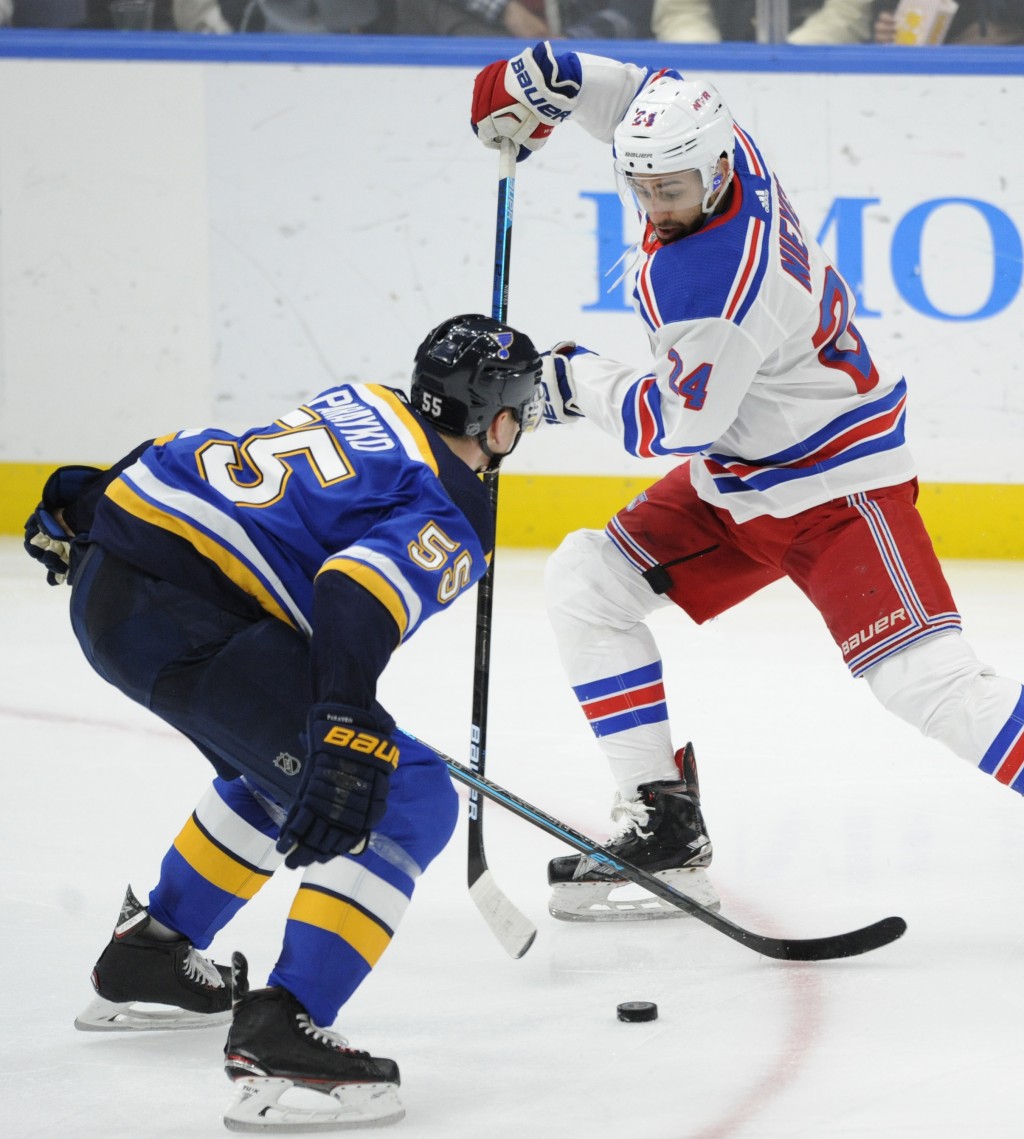 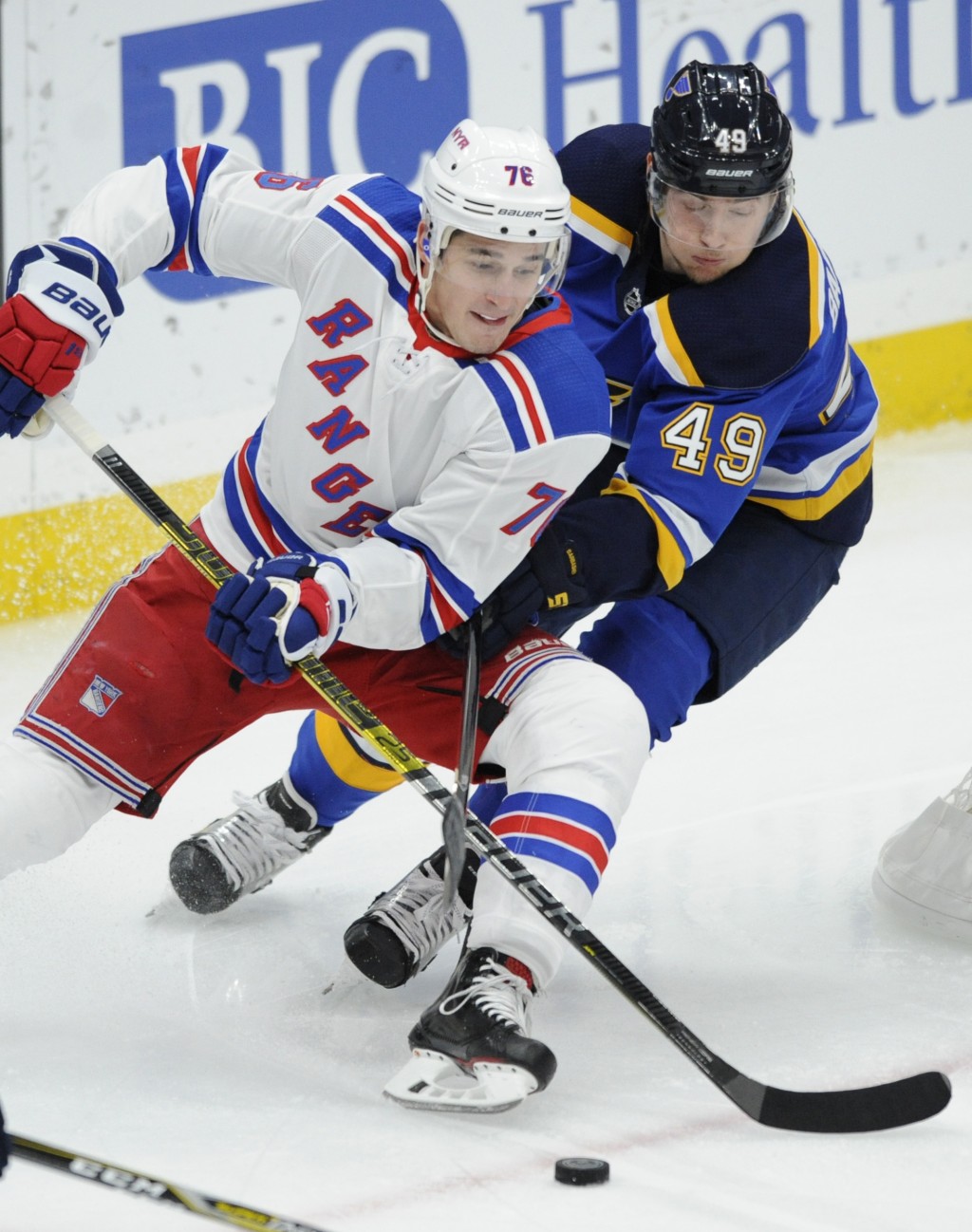 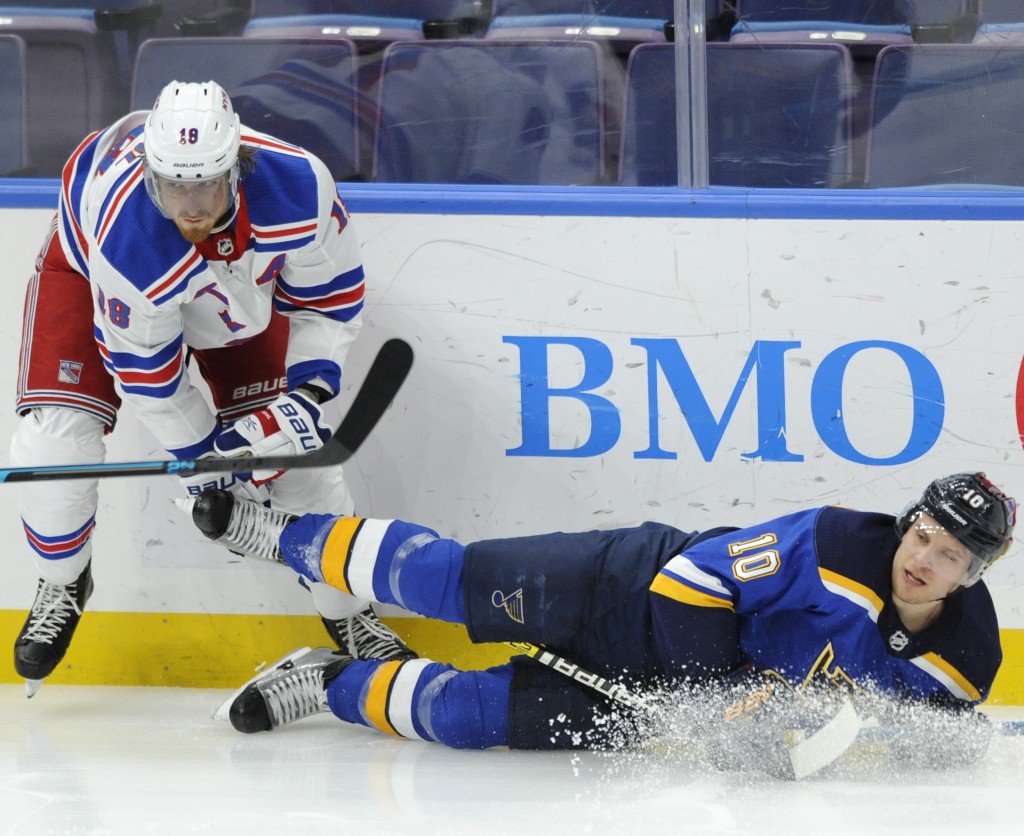 ST. LOUIS (AP) — Henrik Lundqvist made 37 saves and the New York Rangers got goals from Mats Zuccarello and Boo Nieves in a 2-1 victory over the St. Louis Blues on Monday night.

New York has won consecutive games for the first time since taking three in a row from Nov. 17-21. The Rangers' 4-3 victory at Nashville on Saturday night was their first on the road in regulation this season, and they followed it right up with another one.

The Rangers had allowed at least four goals in eight of their past 11 games before shutting down St. Louis. The Blues have 11 home losses in regulation this season, tying them with the Coyotes and Kings for most in the NHL.

The only goal Lundqvist gave up came at 10:08 of the first period when the Blues went ahead 1-0. David Perron fed Ryan O'Reilly, who fired a slap shot from the left faceoff circle for his 15th goal. O'Reilly has six points (three goals, three assists) in his last seven games against Rangers.

New York tied it on its third power-play chance in the first period. Zuccarello scored his fourth goal this season when his shot from the right faceoff circle nicked goalie Jake Allen's pad and trickled in at 19:40. It was the seventh time in their last eight games that the Blues have allowed a power-play goal.

The Rangers outshot the Blues 14-7 in the first period.

New York took a 2-1 lead at 3:11 of the second when Nieves scored on a backhand from the right faceoff circle. Ryan Strome and Kevin Shattenkirk were credited with assists.

Shattenkirk was back in the lineup for the first time since separating his left shoulder Dec. 10 at Tampa Bay. Shattenkirk missed seven games.

The defenseman returned to St. Louis for the first time since he was traded to Washington on Feb. 27, 2017. Shattenkirk played parts of seven seasons with the Blues. He signed a $26.6 million, four-year contract with the Rangers as a free agent in the summer of 2017.

St. Louis had three power-play chances in the second period and outshot New York 17-5 but failed to beat Lundqvist.

NOTES: The Blues fell to 1-16-2 when trailing after two periods. ... Blues C Robby Fabbri was activated from injured reserve and played. Fabbri missed 11 games with a shoulder injury. ... The Blues recalled 20-year-old goaltender Evan Fitzpatrick from their AHL affiliate, the San Antonio Rampage. Jordan Binnington, who has been backing up Allen for the past three weeks, was assigned to the Rampage. The 6-foot-3, 202-pound Fitzpatrick is in his first professional season. He has appeared in just two games, including one start, for the Rampage. Fitzpatrick was drafted by the Blues with the 59th overall pick in 2016. ... Rangers D Marc Staal played in his 799th career game. ... Rangers forward Filip Chytil, 19, was scratched for the first time in his career. ... Last season, the Blues won both meetings with the Rangers.