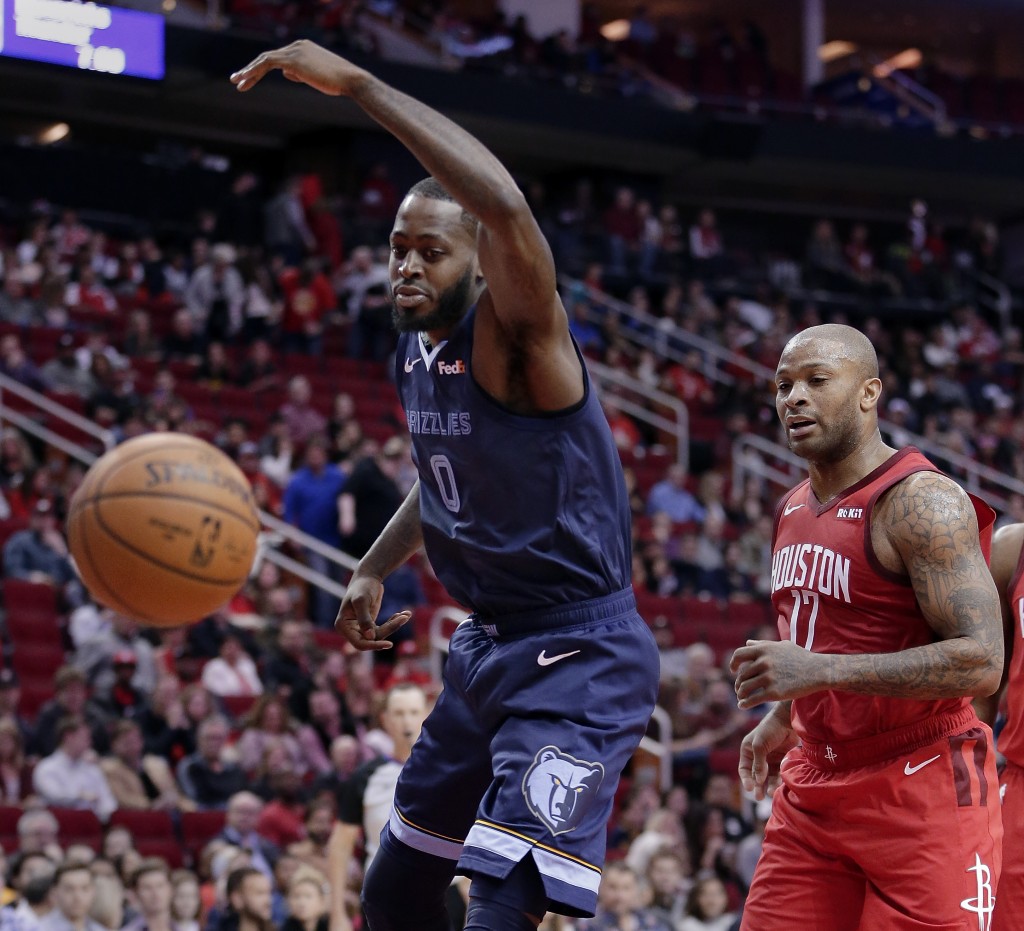 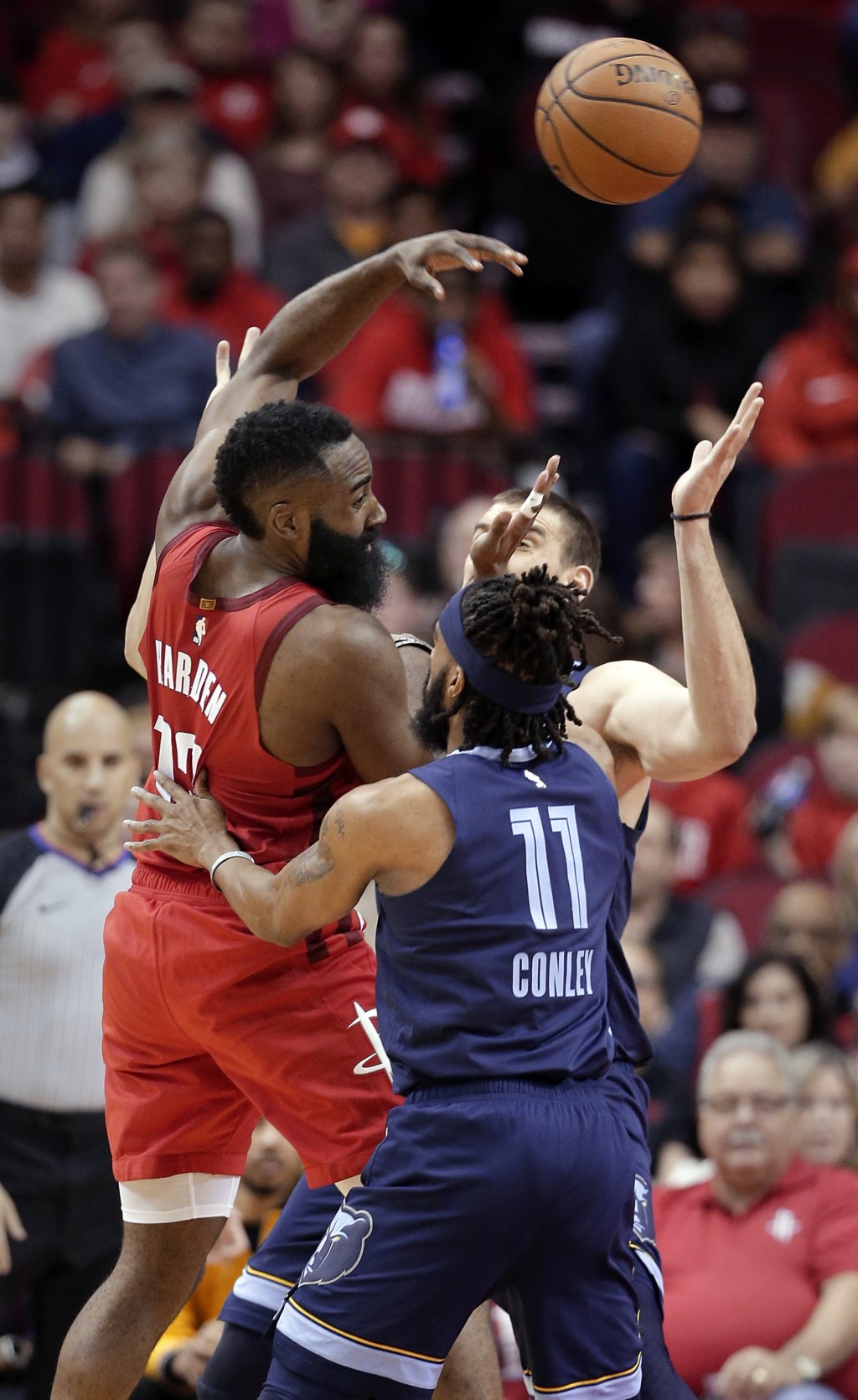 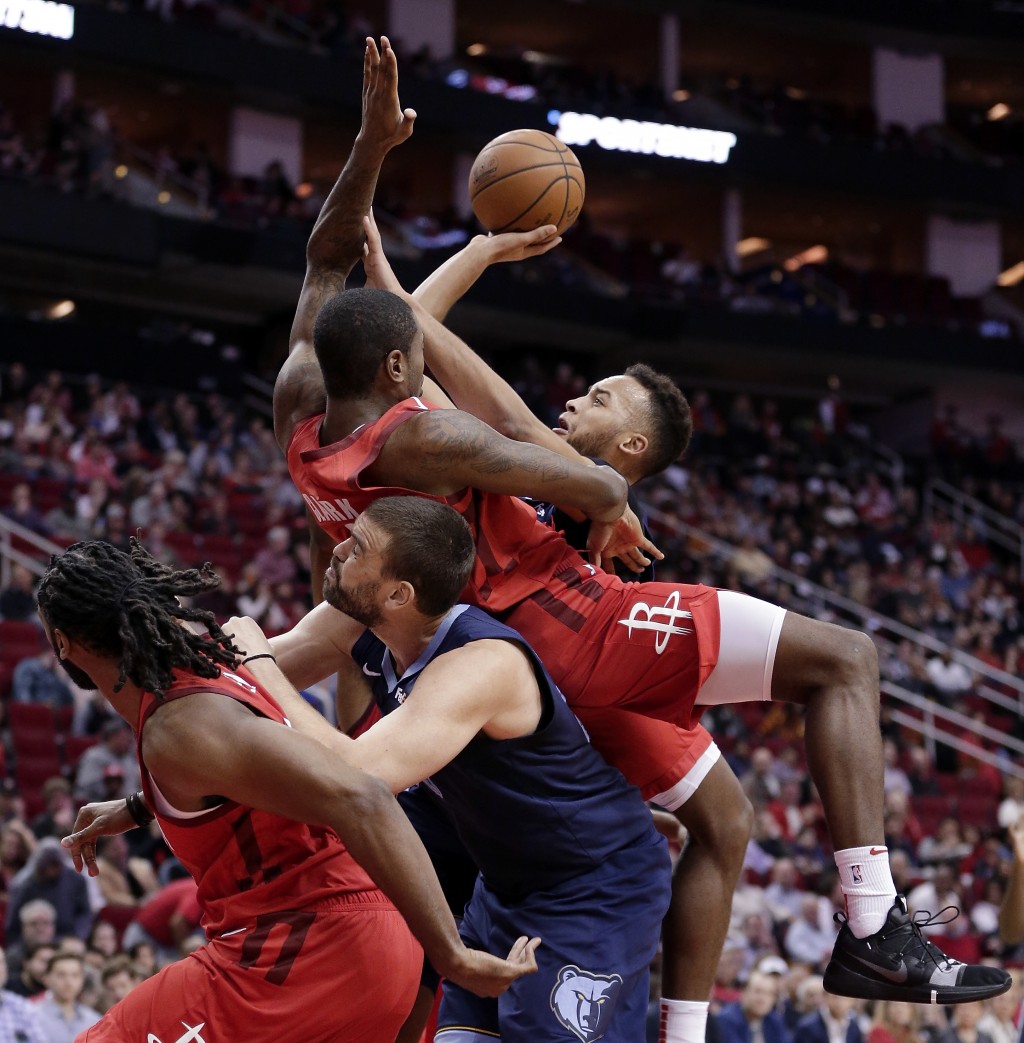 HOUSTON (AP) — James Harden had 43 points, 10 rebounds and 13 assists in his fourth straight 40-point game, leading the Houston Rockets over the Memphis Grizzlies 113-101 on Monday night for their fifth consecutive victory.

Harden set an NBA record with his eighth straight game with at least 35 points and five assists, besting Oscar Robertson, who twice had seven-game streaks. Harden finished with his fourth triple-double this season and 39th overall.

Harden continued his incredible run that has powered Houston's surge up the Western Conference standings after a slow start, making six 3-pointers and 21 of 27 free throws. He has made at least four 3-pointers in eight straight games has finished with 30 points or more in 10 games in a row.

Kyle Anderson had 20 points and Mike Conley added 19 for the Grizzlies, who lost for the seventh time in nine games.

Derrick White had a career-high 22 points for San Antonio, which has won 11 of 13 to close within four games of the top spot in the Western Conference.

The Spurs made 19 of 25 shots (76 percent) in the third quarter, their highest-scoring period since 1993 and the 12th-highest in franchise history.

Jaylen Brown had a season-high 30 points, but Boston was unable to maintain its first-half advantage.

Walker had 20 points on 8-of-11 shooting in the first half and did not play in the fourth quarter. Malik Monk added 21 points as the Hornets put six players in double figures in the easy victory over the Magic and Steve Clifford, who coached Charlotte for five seasons.

The Hornets improved to 18-18 with their second win in three games.

Aaron Gordon scored 14 points and Nikola Vucevic had 12, but he did not play after leaving the court with a knee injury late in the third quarter. Mo Bamba had 12 rebounds in 18 minutes for the Magic, who opened a six-game trip by having a two-game winning streak snapped.

Indiana has won five straight and 12 of 14 to became the third team in the league with 25 wins this season.

John Collins finished with 22 points and 16 rebounds to lead Atlanta. Rookie Kevin Huerter scored 22 points and made six 3-pointers, both season highs, as the Hawks lost for the second time in seven games — both to the Pacers in the last week.