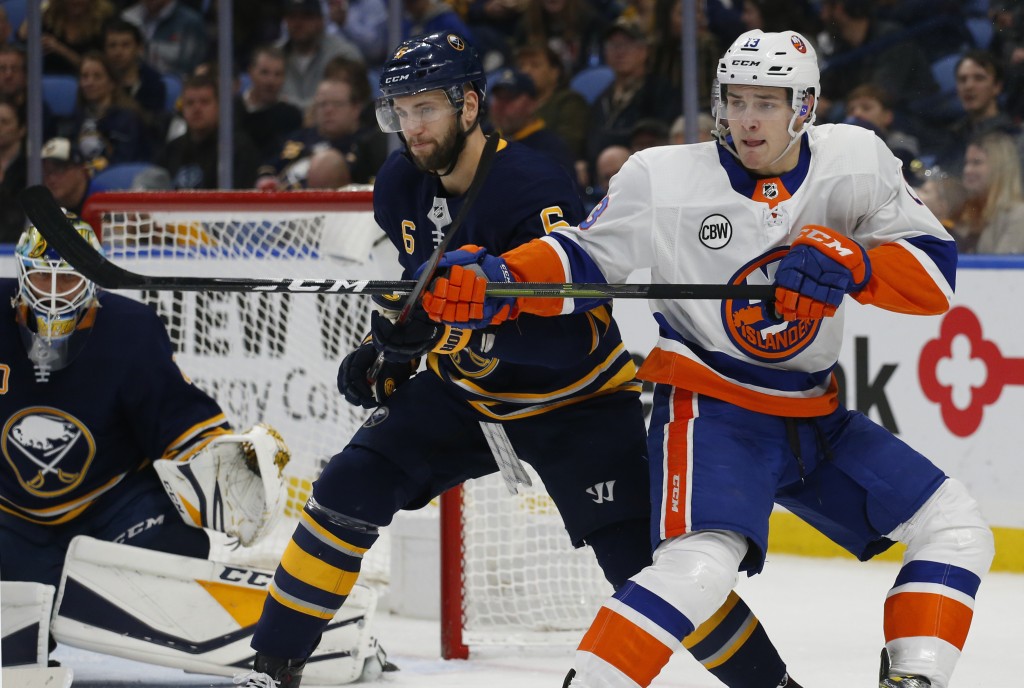 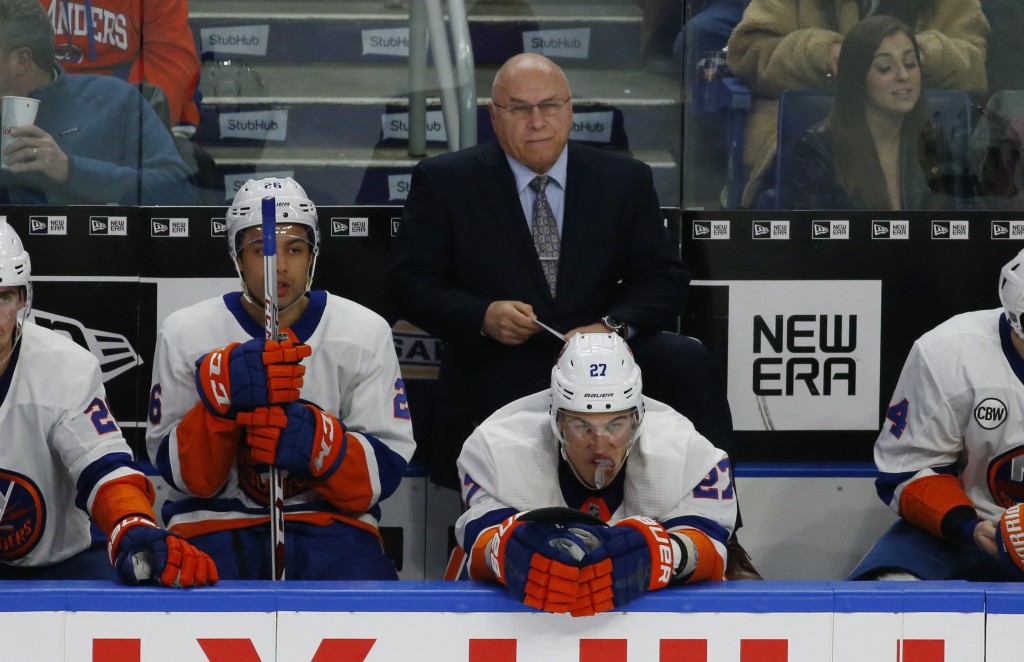 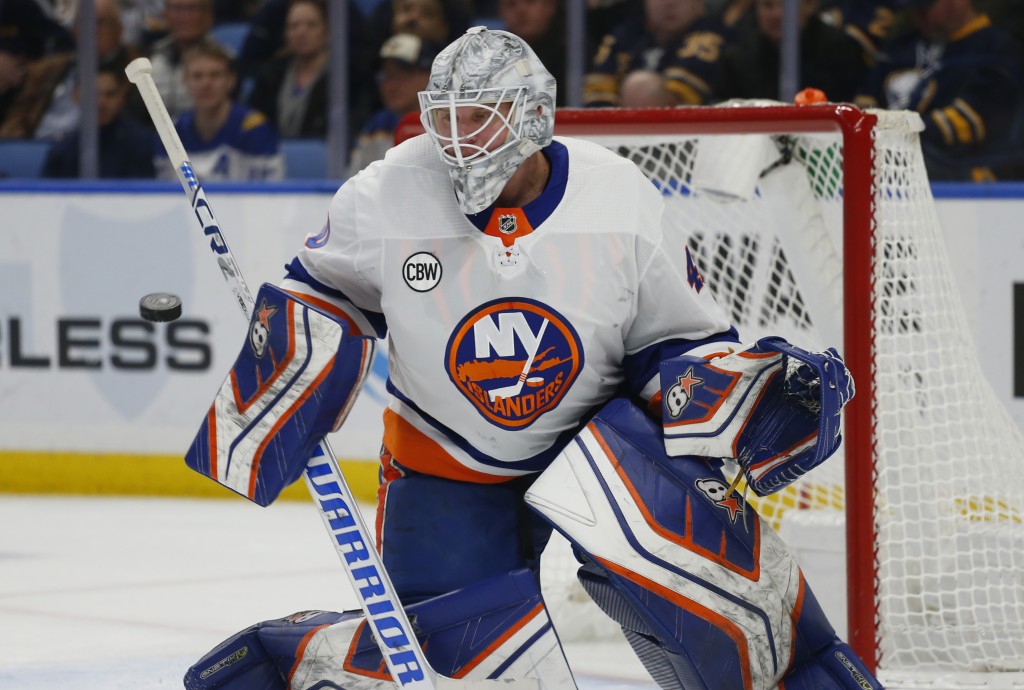 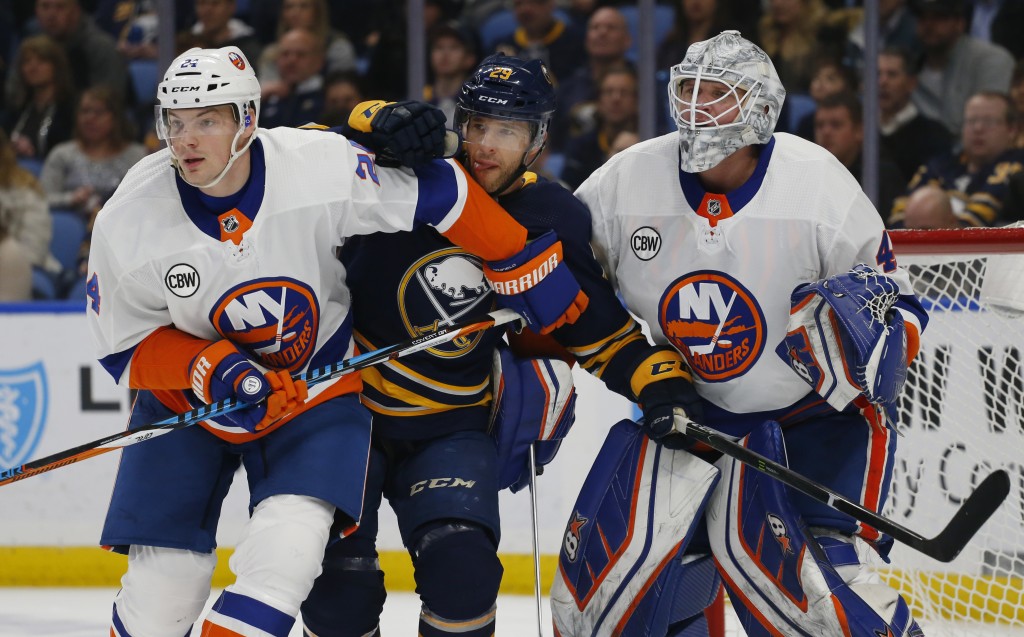 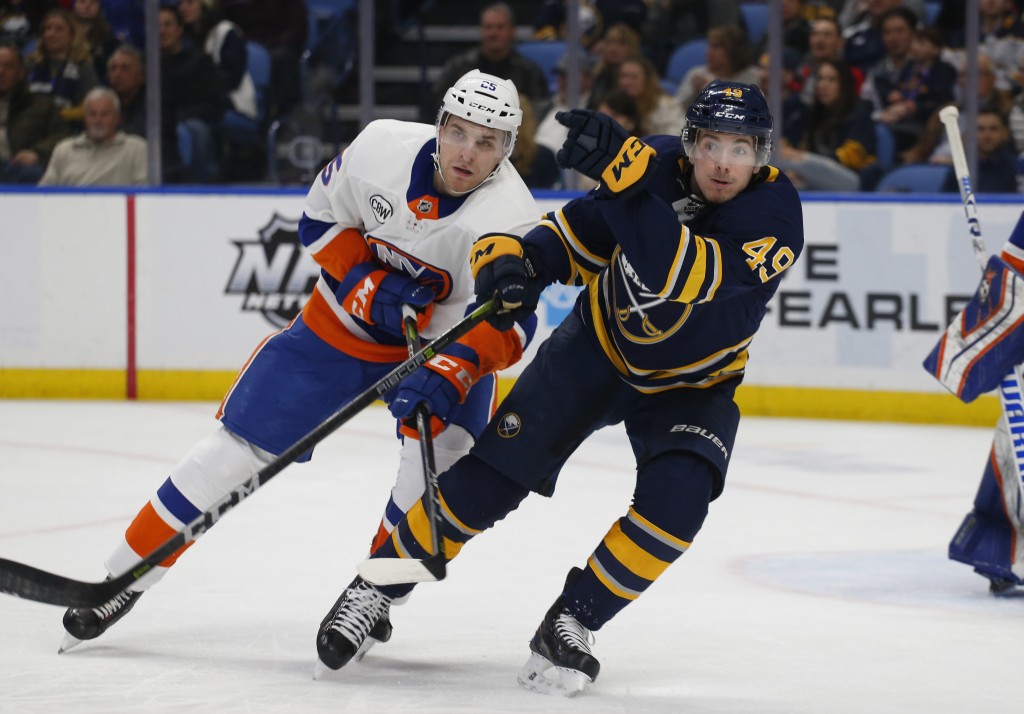 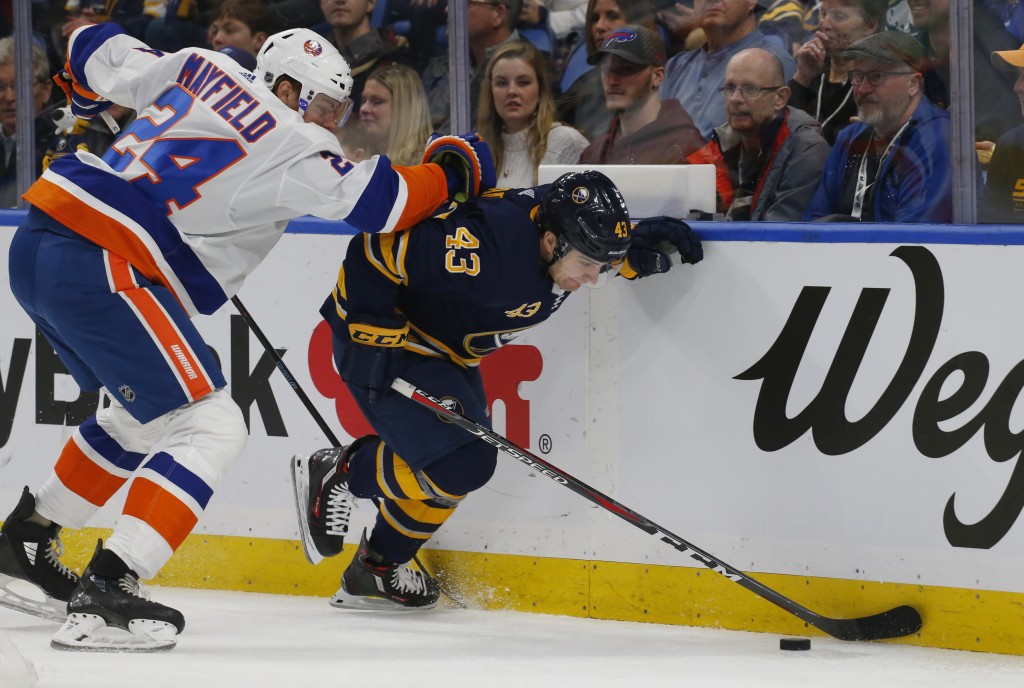 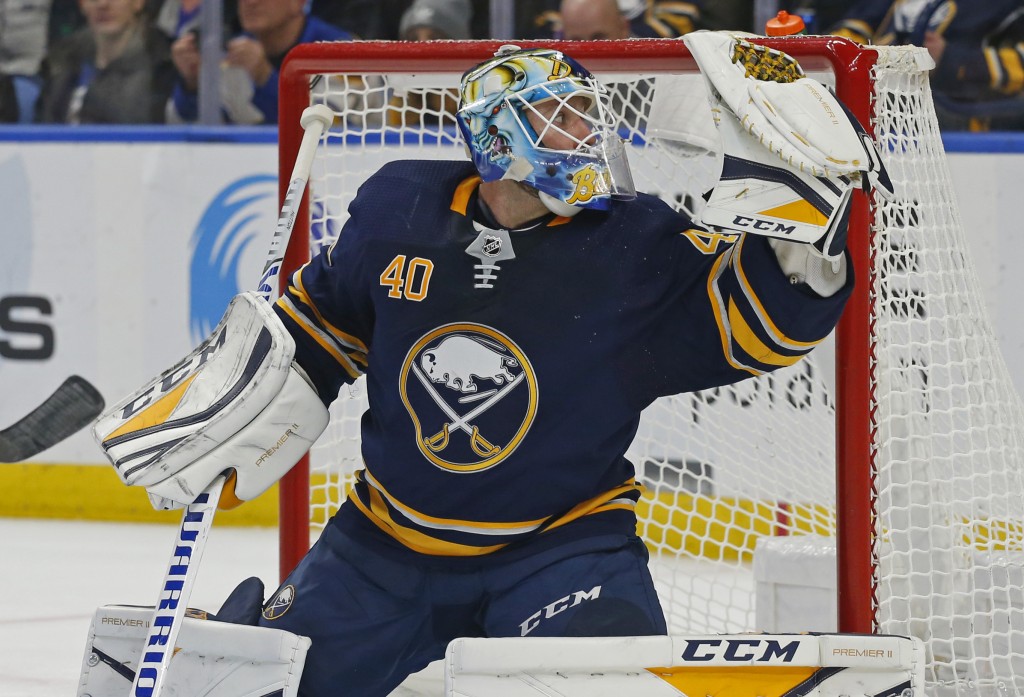 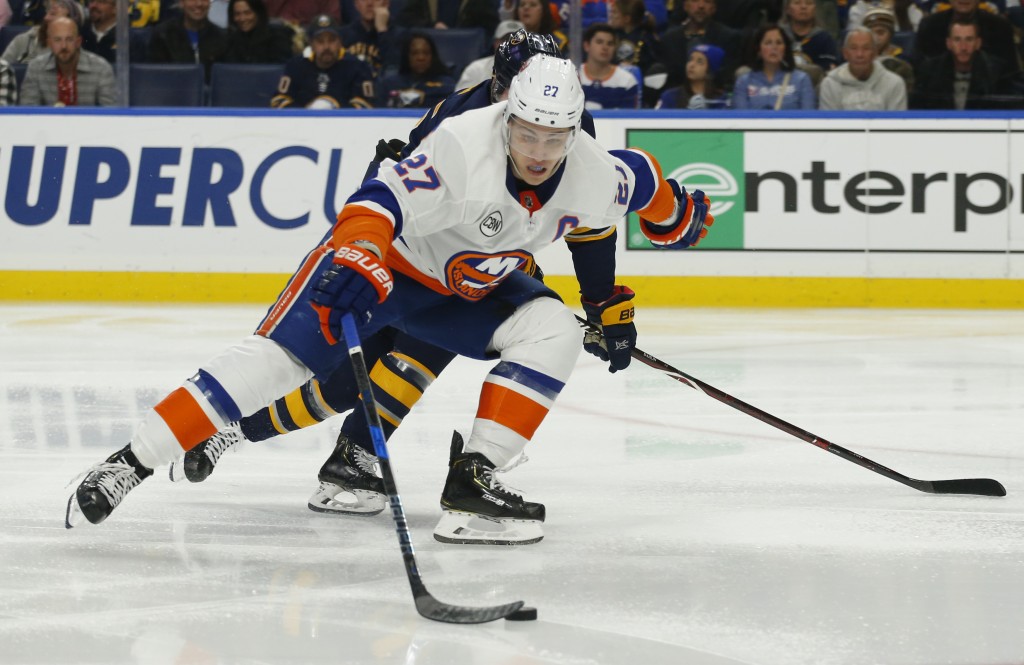 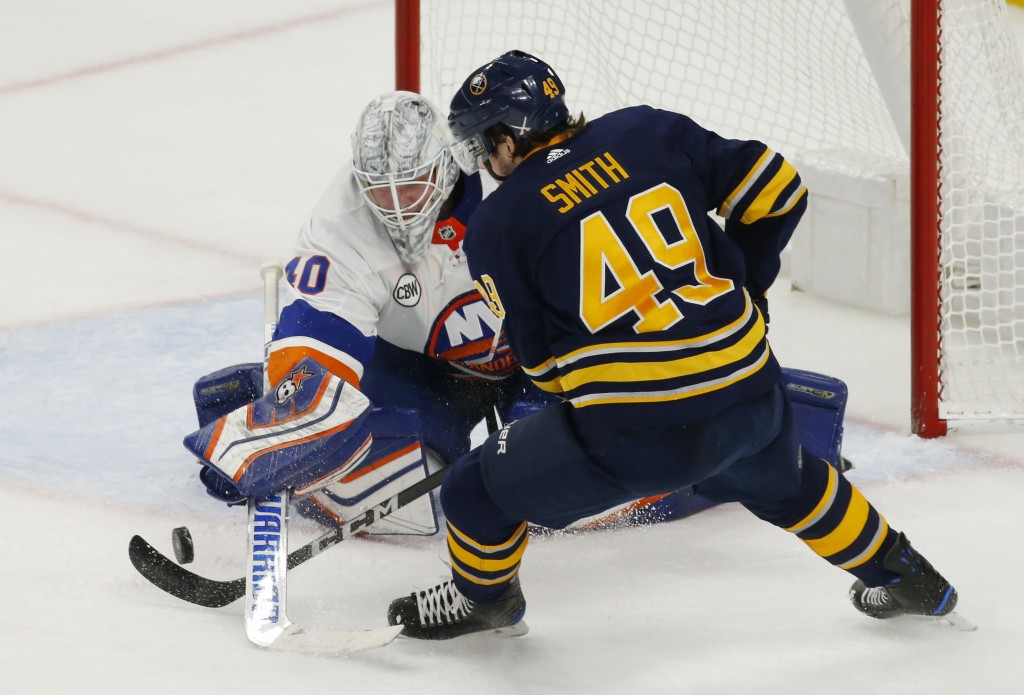 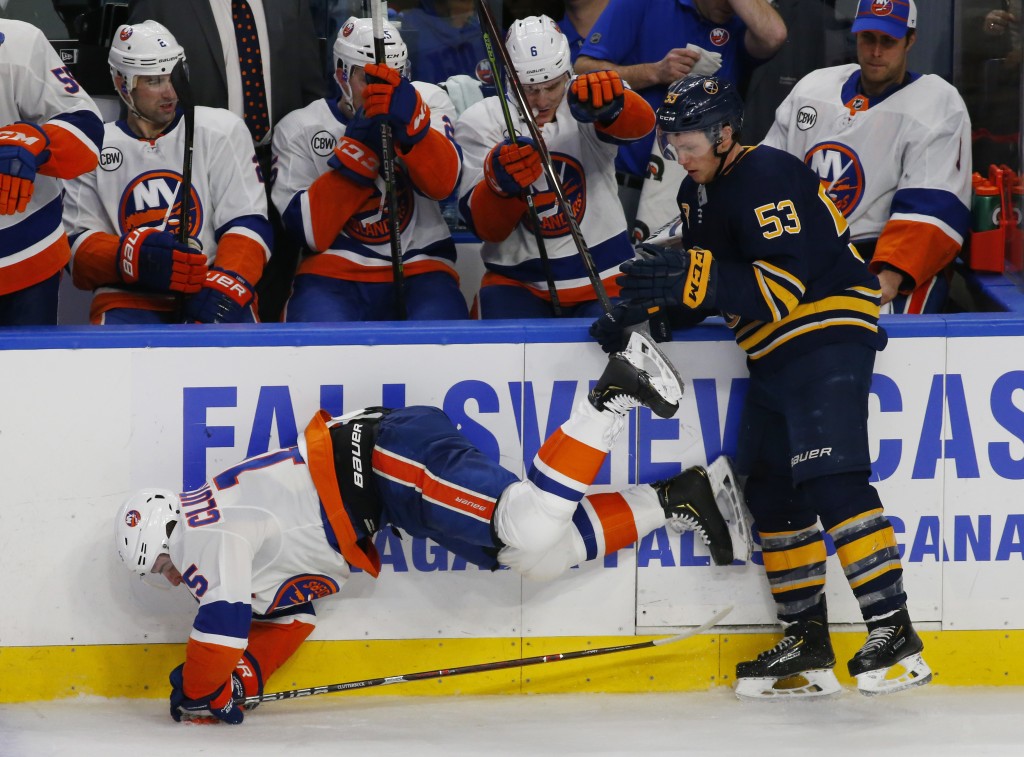 Nick Leddy, Brock Nelson and Ryan Pulock scored for the Islanders, who won their four straight and for the seventh time in eight games.

Kyle Okposo scored and Carter Hutton stopped 30 shots for Buffalo, which has lost three in a row and five of six.

The Sabres played most of the game without captain Jack Eichel, who went to the dressing room late in the first period and did not return. The Sabres did not indicate what caused the top-line center to leave the game.

Eichel, a game-time decision by coach Phil Housley, started and played four shifts totaling 2:42. He sat out practice on Sunday.

Leddy gave the Islanders the lead 2:30 into the second period. Leo Komarov won a face-off in the offensive zone and Mathew Barzal sent the puck back to Leddy, who unleashed a slap shot from the left point that sailed through traffic and over Hutton's shoulder into the far corner of the net.

Nelson made it 2-0 in the opening minutes of the third period, scoring on a shot from the slot that bounced out of Hutton's glove and into the net.

The Sabres made a push in the third period, ending Lehner's shutout bid and nearly coming back from the two-goal deficit.

Okposo snapped a 21-game goal drought on a power play with 9:46 remaining. While Barzal served a slashing penalty, Okposo beat Lehner with a wrist shot from the right circle.

Buffalo was unable to take advantage of an opportunity to tie the game on a power play that began with 6:53 left in the period.

Trotz's milestone victory comes in his first season with the Islanders. After coaching the Washington Capitals to the Stanley Cup last season, Trotz resigned following a contract dispute. He led the Capitals to 205 regular-season victories in four years and had 557 wins in 15 seasons with the Nashville Predators.

NOTES: Lehner played in Buffalo for the first time since signing with the Islanders in free agency following three seasons as the Sabres' top goaltender. He received a mix of cheers and boos when acknowledged on the video scoreboard early in the first period. . Barzal extended his points streak to five games. He has six goals and three assists in that stretch. . Sabres LW C.J. Smith made his season debut after being called up from the minors earlier Monday.

Islanders: Will look to match their season-long win streak at home against Chicago on Thursday.