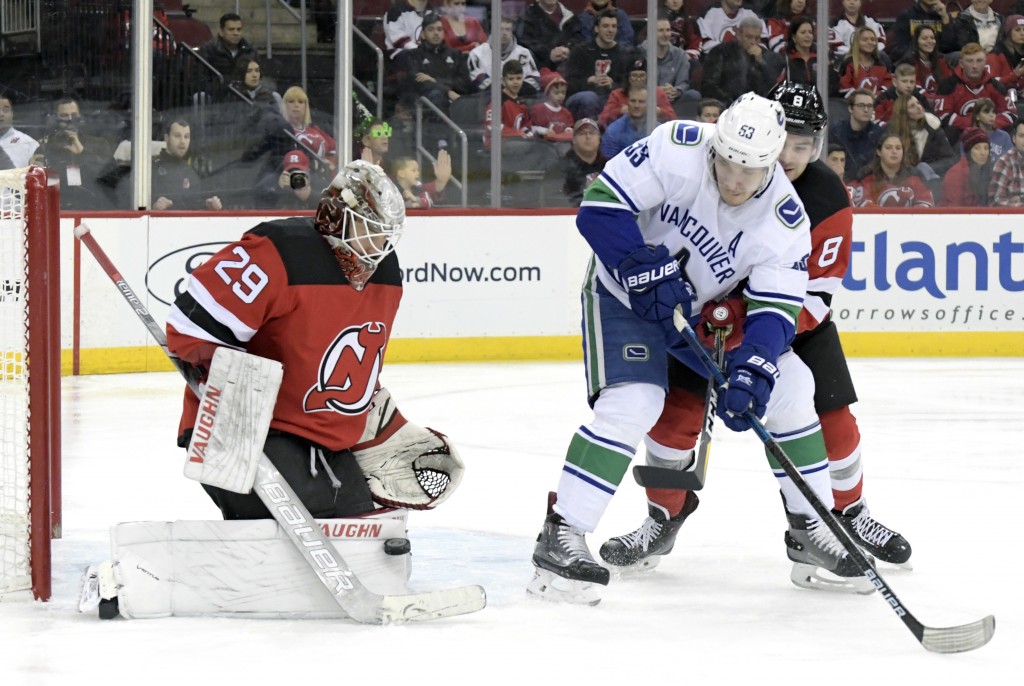 Blackwood is 3-1 since joining the Devils on Dec. 18th. He blanked the Carolina Hurricanes 2-0 on Saturday, becoming the first rookie goalie in franchise history to post back-to-back shutouts

Brian Boyle, Miles Wood, Sami Vatanen and Pavel Zacha scored for the Devils. It was Zacha's second goal in as many games.

The Devils have won three straight for the first time since their first three games of the season.

WASHINGTON (AP) — Ryan Johansen had a goal and two assists, Viktor Arvidsson and Rocco Grimaldi each added a goal and an assist as Nashville scored five unanswered goals to break its six-game losing streak.

Johansen's seventh goal of the season beat Braden Holtby to tie the score at 3 as the Predators scored three goals in 4:33 to take a 4-3 lead.

Miikka Salomaki, Frederick Gaudreau and Ryan Ellis add goals, and Pekka Rinne stopped 22 shots for the Predators, who ended their longest skid since an eight-game slide from April 4-19, 2013.