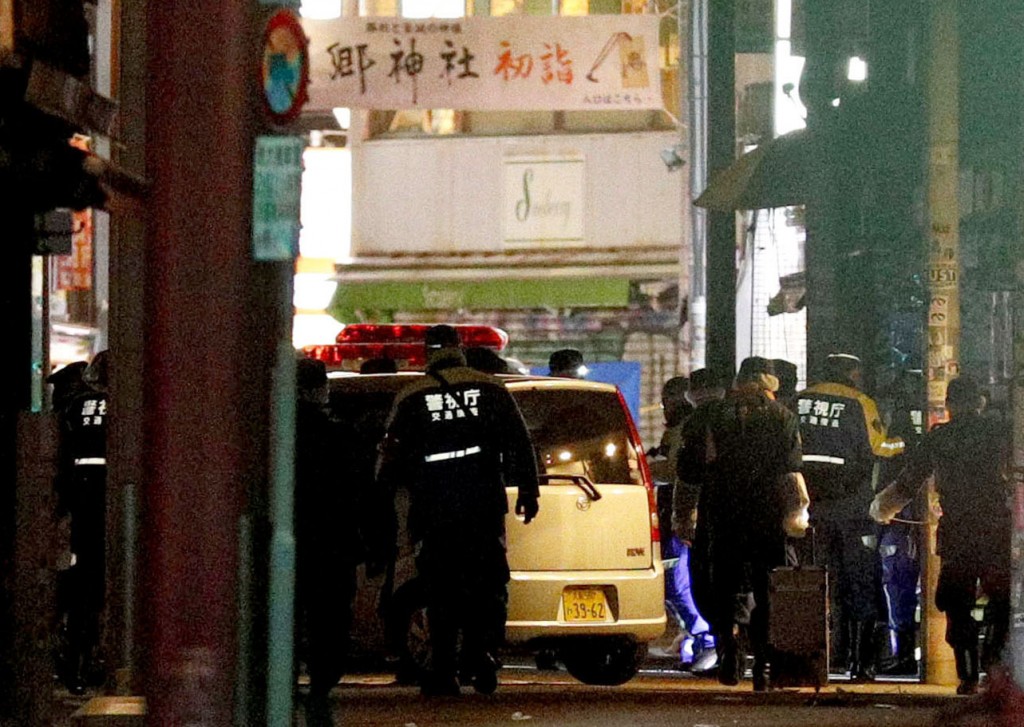 TOKYO (AP) — Police said a car slammed into pedestrians on a street where people had gathered for New Year's festivities in downtown Tokyo, injuring eight people.

Police took into custody a man in his 20s but did not further identify him. They say he is suspected of intentionally trying to kill people by driving the car through the street.

NHK TV footage showed a small van with the entire front end smashed and officers and ambulance workers rushing to the scene.

The crash occurred early Tuesday on Takeshita Dori, well known to tourists and pop culture and fashion fans, that runs right by Meiji Shrine in Harajuku.