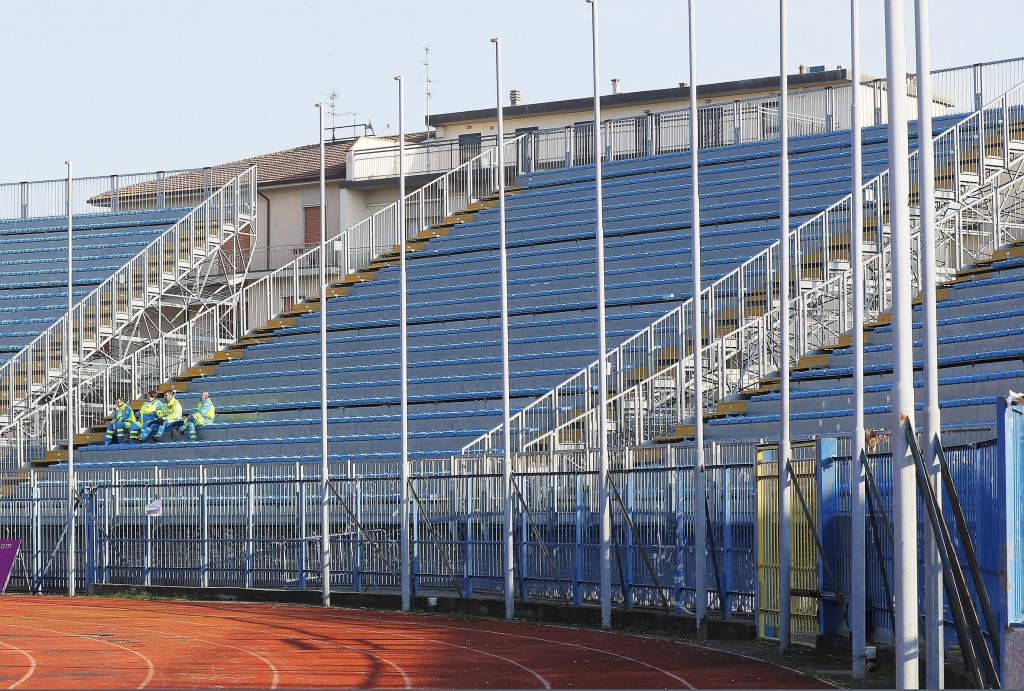 The ANSA news agency reports that Marco Piovella, the arrested fan, is being charged with homicide.

Investigators believe that Daniele Belardinelli, the 35-year-old fan who died, may have been fatally struck by a van or SUV during the clashes outside the San Siro stadium.

Investigators believe that the Inter fans instigated the clashes with a pre-planned assault on a large group of Napoli's hardcore ultras, who avoided police detection by arriving in mini-vans.

At least four Napoli fans were injured in the clashes — where bars, knives and other weapons were reportedly used — and three Inter supporters were previously arrested.

Inter has been ordered to play its next two home matches in an empty stadium, plus a third home game with a partial closure of the San Siro.

Inter fans were also barred from traveling to a match at Empoli last Saturday.