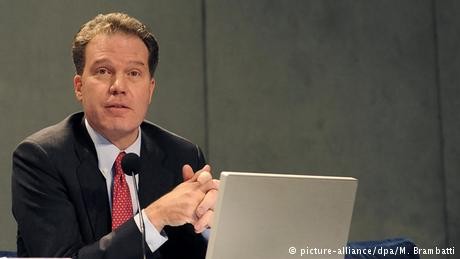 Greg Burke, the spokesman for the Vatican, announced suddenly on Monday that he and his deputy, Paloma Garcia Ovejero, had resigned, a move that goes into effect on January 1.

Burke, who was appointed as spokesman in 2016 after working in other Vatican communications positions since 2012, said in a tweet that the pope should be "completely free to assemble a new team" amid various changes to the Vatican's media operations made by the pontiff.

He also thanked the pope for six years of "fascinating" work at the Vatican, writing "a big hug" in Spanish.

The Vatican said that Alessandro Gisotti, the former social media coordinator of the communications office, had been named by the pontiff as an interim replacement. It gave no reason for Burke's resignation.

Francis recently fired the longtime editor of the Vatican newspaper and named Italian journalist and personal friend Andrea Tornielli as new director to oversee the editorial content produced by all Vatican media.