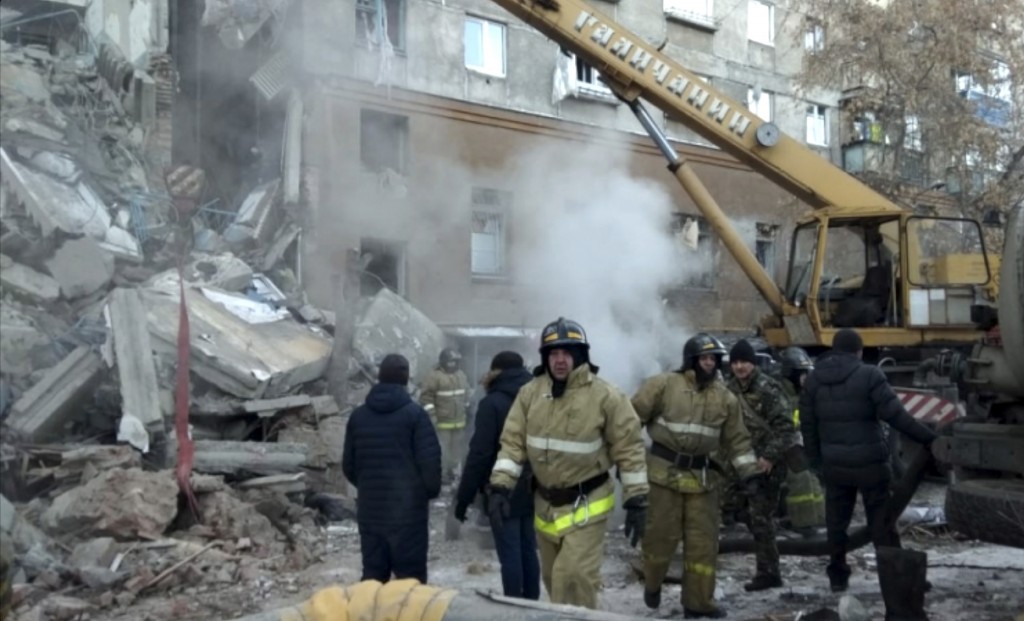 MOSCOW (AP) — Russian emergency officials say that at least four people have died after sections of an apartment building collapsed after an apparent gas explosion in the Ural Mountains region.

The authorities say four others have been hospitalized with injuries, and 68 other residents remained unaccounted for in the accident in Magnitogorsk, a city of 400,000 about 1,400 kilometers (870 miles) southeast of Moscow. They say some residents could have been buried under debris after Monday's accident.

The Investigative Committee said the collapse of a section of the ten-storey apartment building was apparently caused by a gas leak. It happened before dawn when most residents were still asleep.

The Kremlin said that President Vladimir Putin has been briefed on the situation. Cabinet officials headed to Magnitogorsk to oversee the rescue efforts.