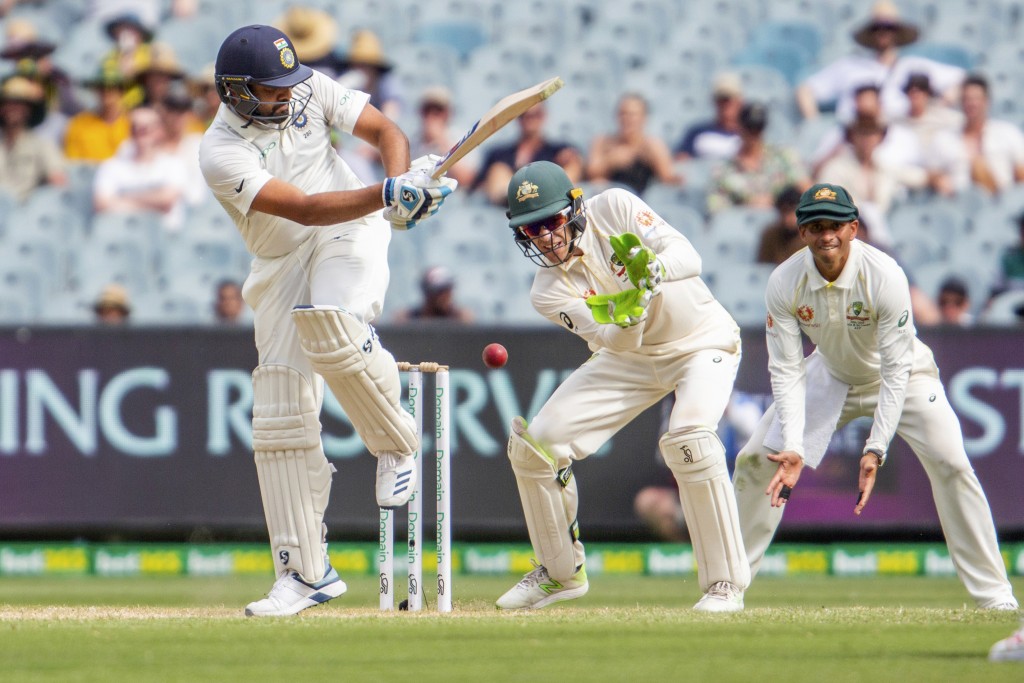 SYDNEY (AP) — India batsman Rohit Sharma will not play in the fourth test against Australia, starting on Thursday at the Sydney Cricket Ground, instead returning home after the birth of his first child.

Sharma left Melbourne shortly after India's 137-run victory in the third test, where the middle-order batsman made 63 not out in the first innings, as the tourists took a 2-1 series lead and retained the Border-Gavaskar trophy.

The 31-year-old will return to Sydney on Jan. 8 for the start of a three-match ODI series that follows the final Test.

Allrounder Hardik Pandya, Lokesh Rahul and Murali Vijay are the likely options to replace Sharma in the batting lineup for the fourth test as India seeks to complete its first series victory in Australia.

Offspinner Ravichandran Ashwin, with four test centuries, is another option to replace Sharma on the expected spin-friendly SCG pitch.